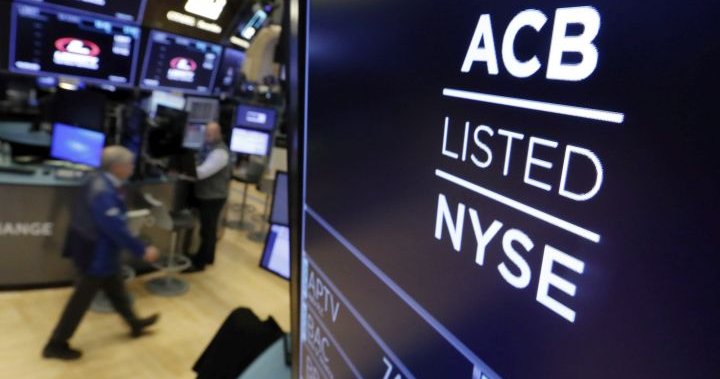 The deal announced Tuesday will see Thrive amalgamate with a subsidiary of Aurora, which will acquire all of TerraFarma’s issued and outstanding shares in exchange for $38 million in cash and Aurora shares.

Thrive will also be eligible for up to $20 million in shares, cash or both, if it reaches revenue targets within two years of the transaction.

The deal — nicknamed Project Willow — will help Aurora double down on premium and craft products, so it can reach profitability by the first half of its fiscal 2023, but Aurora’s chief executive said the transaction is really about harnessing Thrive’s talented staff.

“The only thing that’s really consistent right now is really good people and Thrive has that in spades.”

Simcoe, Ont.-based Thrive is known for its premium craft cannabis products, which include concentrates, dried flower and sublingual strips sold under the Greybeard Cannabis Co. and Being Cannabis brands.

The company was also Ontario’s first licensed producer to open a farmgate cannabis shop, where pot products are sold at the site where they’re made.

Thrive says it decided to sell after spending nine months getting to know Aurora and its vision. Thrive wanted to be sure any deal wouldn’t compromise its brands and its strong relationship with customers.

“We aren’t selling out,” said Geoff Hoover, Thrive’s chief executive. “This gives us an opportunity to increase the brand awareness, to bring new products to market to reach consumers that we could never reach before.”

Unlike most deals between large licensed producers and craft producers, Hoover’s team will maintain a starring role in Thrive’s operations and he will lead Aurora’s recreational business, which includes the San Rafael, Drift and Whistler Cannabis brands.

“More things will change probably on Whistler and San Raf and Aurora Drift than we’ll change on Greybeard and Being.”

Premium brands like Thrive’s Greybeard have become increasingly attractive since recreational pot was legalized in Canada in 2018, when companies believed slashing prices to better compete with the illicit market would deliver profitability.

Instead, their interest in the discount segment left them operating with thin margins, declaring persistent losses and searching for ways to earn more.

Premium and craft products are seen as a potential solution because they have higher price points and loyal customer bases.

A Nov. 4 report from Deloitte Canada, BDSA and Hifyre found that craft flower experienced 158 per cent sales growth last year, despite products having prices that are between 16 and 41 per cent higher than non-craft offerings.

Martin has zeroed in on premium offerings because he feels the discount market is “irrational.”

The Thrive deal will deepen his bet on premium, but also signals a departure for Aurora, which has not made as dramatic or plentiful acquisitions during the COVID-19 pandemic as its rivals did.

Aurora hasn’t added to its empire since it bought Reliva LLC in May 2020, but in the last few years consolidation has been happening in the industry. Competitors Tilray Inc. and Aphria Inc. merged, Hexo Corp. bought Zenabis Global Inc., Redecan and 48North Corp.

Amid those deals, Martin said in a May earnings call, “We don’t see anything in Canada that we have got to have. Buying or renting market share, I think, right now is not a great play in Canada.”

Martin now feels he got “beat up a little bit” by industry observers for taking that approach, but said, “I wasn’t in a rush because I was looking for something really specific.”

That something specific was a cannabis company with the usual deal attractions — a strong balance sheet, product and brand — but more importantly, smart and savvy people.

“I wanted a group of people that I wouldn’t just buy in their brand,” said Martin.

“I was really going to have them join us on this journey and lead this piece of business for us.”

Aurora said the transaction will provide immediate positive adjusted EBITDA and close during the company’s fiscal fourth quarter of this year, but is subject to customary closing conditions.