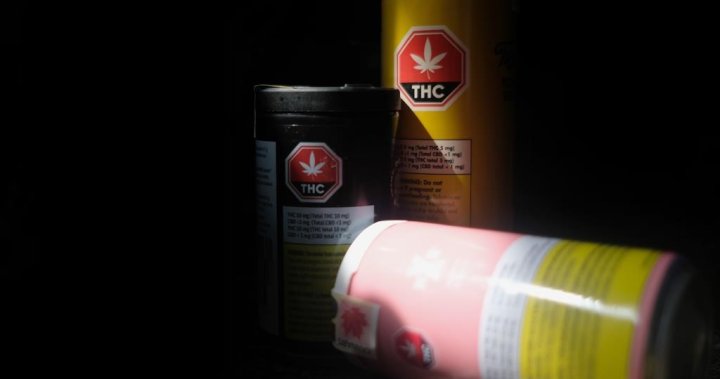 More British Columbians are using cannabis since legalization, but appear to be doing so in a responsible way and getting it more often from licensed retail stores, according to a recent survey.

The 2021 B.C. Cannabis Use Survey asked just under 25,000 British Columbians about their cannabis use and found 32 per cent of adults aged 19 and older reported using cannabis at least once in the past year, an increase from 28 per cent prior to legalization. Around four per cent of people said they tried cannabis for the first time since legalization in 2018.

“Like many provinces and territories, cannabis use has gradually become more prevalent in B.C., with nonsmoking methods of use increasing in popularity,” the report states.

“Most people who use cannabis in British Columbia seem to do so responsibly. Findings from this survey did not suggest there have been sharp increases in heavy cannabis use, cannabis-impaired driving, or other potentially risky behaviours since legalization.”

Among users, 37 per cent reported using for non-medical purposes, 24 per cent for medical, and 39 per cent used it for both.

Around 62 per cent of people reported no change in their cannabis use since legalization, while 28 per cent said their use increased. Ten per cent said they used it less often. However, even people who used more frequently were only using a little more because the percentages of daily, weekly, monthly and less-than-monthly users barely fluctuated between 2018 and 2021.

Weekly and monthly cannabis users were more likely to report having increased their use since legalization compared to daily or less than monthly users.

Dried flower remains the most common form of use, however its popularity is shrinking as the use of edibles, oils and other ingestibles, along with vaping, continues to expand.

“It’s possible that some changes in cannabis use could be due to the impact of the Covid-19 pandemic, which influenced many aspects of peoples’ behaviour and daily life,” the report reads. “When those who use cannabis were asked whether their cannabis use changed during the Covid-19 pandemic, one in four reported increased use (24%), while most people reported no change (68%) and few (8%) reported a decrease.”

The survey found 71 per cent of people who buy cannabis say they got it from a licensed retailer rather than an unlicensed store or dealer on the street. More than half report only buying from legal stores while less than 10 per cent report buying from only illicit sources.

This is reflected in how much money the legal industry brought in. In the last six months of the 2021/2022 fiscal year, British Columbians spent an average of $50.5 million per month at licensed cannabis retail stores, a 28.5 per cent increase compared to last year.

Since legalization, the percentage of people who are getting cannabis from an unlicensed store has dropped significantly from 56 per cent to 17 per cent while those getting it from a dealer dropped from 16 per cent to nine per cent. However, the percentage of people who reported buying non-medical cannabis from an unlicensed online site went up nice per cent from one previously.

Getting cannabis from friends or family is still fairly common but dropped nearly 10 percentage points.

Overall, people reported more positive than negative impacts of cannabis use, including better quality of life, emotional well-being and mental health. However, there was a decrease in positive impacts compared to 2018 and more people say it is having no impact. Negative impacts were reflected in work or studies and physical health, the survey showed.

“Current evidence suggests that the use of cannabis during pregnancy can lead to low birth weight and other adverse health outcomes,” the report reads. “For these reasons, health experts recommend that pregnant and breastfeeding women avoid using cannabis.”

The survey did not ask about the types of products or frequency the women used cannabis during pregnancy or breastfeeding.

When it comes to driving and cannabis, 81 per cent of respondents acknowledge using cannabis can impair a person’s ability to drive. While this percentage drops among cannabis users and falls as far as 53 per cent among daily users, only 14 per cent of users reported driving after using it compared to 27 per cent pre-legalization.

The report found despite legalization, stigma around cannabis use persists with 21 per cent of users reporting negative judgement from friends, family or co-workers.

The 2021 survey follows up on an initial survey conducted in 2018 and is “one of the first large-scale provincial studies assessing changes in cannabis behaviours and perceptions” according to the province.

“These findings suggest that most people are using cannabis responsibly, but there are still some concerns,” the report states. “While this survey provides meaningful insights into how cannabis legalization may have influenced the lives of people living in British Columbia, these findings only scratch the surface.”