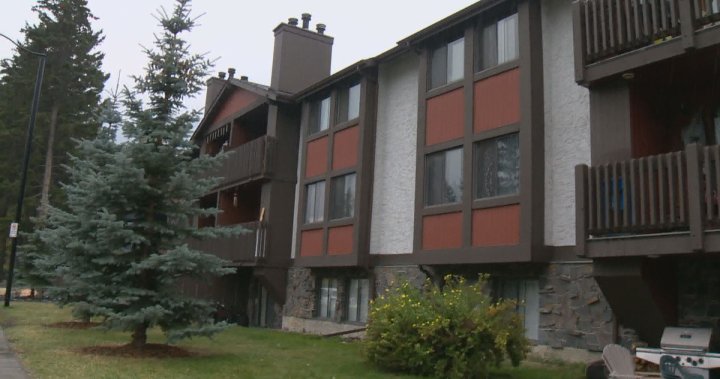 Instead of ads featuring bedrooms, living spaces and nearby amenities, home finder websites for Banff and Canmore are loaded with snapshots of smiling people promoting themselves as great tenants, promising not to party or smoke. Personal profiles from around the world populate the pages, many who have already found a jobs and now have the more difficult task of finding a place to call home this winter.

Marion Lejuene, a 34-year-old nurse from France, has been looking for a place to stay in the Bow Valley for over a month and finally found a room after placing an ad online. She said there were 30 other applicants all vying for the same spot to rent.

“I feel very lucky because the rent is low: it’s $750 all included for a room,” said Lejuene “What everyone said is they liked that I was a little bit older and single. I think that helped.”

Another 27-year-old Global News spoke with, who lives with eight other people and works in early childhood development, is facing a rent increase and is having a hard time finding accommodations for less than $1,000 a month.

According to the Banff Job Resource Centre, there are close to 1,000 job openings right now. This time of year, there would be around 300.

“For Banff it’s $1,850 for a two-bedroom and for Canmore is $2,300 for a two-bedroom a month. I expect those numbers to go up by 10 per cent this year,” Dufresne said. He blames the lack of inventory partly on more people turning their properties into vacation rentals.

Banff’s YWCA just opened a 33-unit affordable housing complex and there were 100 applicants. There is now a waiting list to get in.

“What we are seeing is a lack of inventory for all the people that need to live and work here,” said Banff YWCA CEO Ebony Rempel. “Prior to the pandemic, folks were willing to work up to 60 hours a week and balance two jobs. But people don’t want to do that anymore, so we need more people fill all those roles.”

The Banff Library has had job vacancies they haven’t been able to fill due to the lack of housing. It’s trying to fill the gaps where they can, providing a food pantry, hygiene items and free use of internet and computers.

“We are having conversations with patrons who have jobs who are working in the community, but don’t have anywhere to live,” said library director Sarah McCormack

“I spoke to a gentleman who came in here a couple of days ago and said he has a job and staying with friends. But that’s coming to an end and he’s going to have to start tenting soon,” said McCormack. “So we hear a lot of that from people coming through with their stories and how our social programs are used.”

With winter on the horizon and limited shelter space in both Banff and Canmore, community partners are working hard to try to come with solutions to a problem that will not be easily solved.