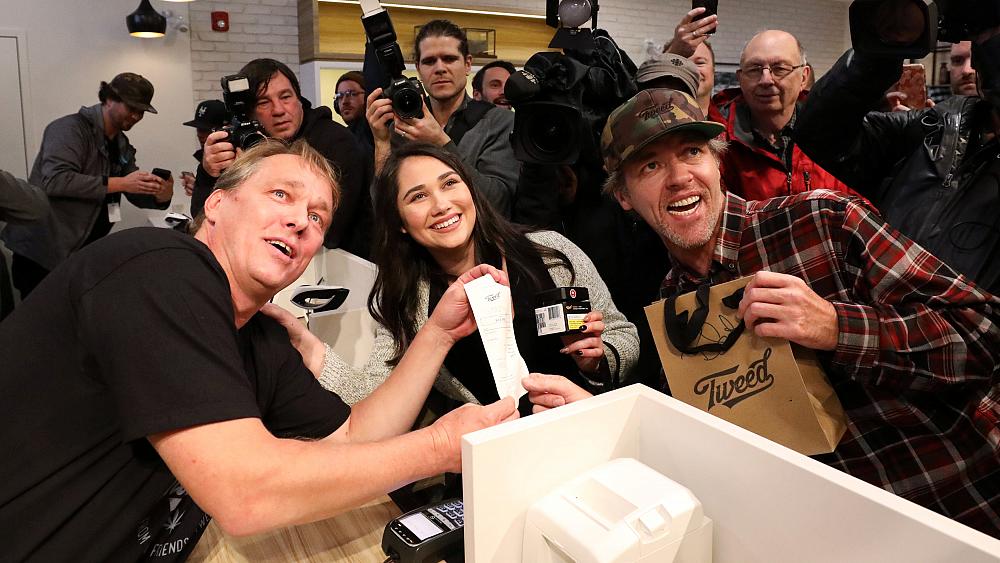 Canada has officially legalised the recreational use of Cannabis – making it the second country in the world to do so. Queues formed in the province of Newfoundland at midnight – where the first sales of legal Marijuana have taken place.

Canadians will now be able to legally buy up to 30grams of cannabis for personal use.

Supporters have argued that it would cut some 4bn Euros worth of black market profits but some other proponents fear that the new legislation allows cannabis to be capitalised on unfairly – “there’s a lot of people currently in the industry who are going to be shut out” activist Dana Larsen told Euronews. “We have concerns that you’re going to have to be multi-millionaire already just to get into the system” he added.

Strict regulations on where and how pot can be consumed also come into effect. Those found carrying more than the allowed amount can face sentences of five years in prison. On a province by province basis there are limitations to where people can carry the drug.