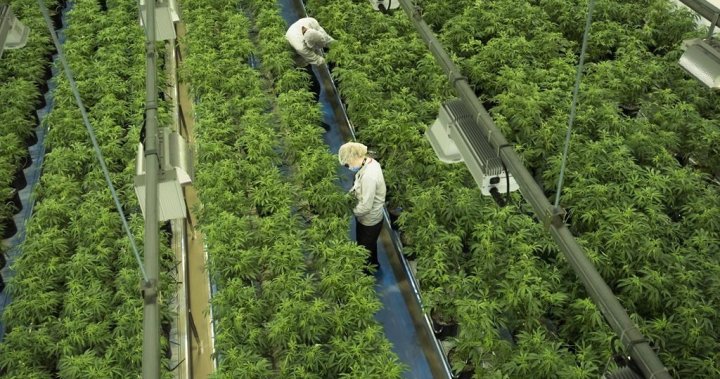 Canopy Growth Corp. is preparing another route into the U.S. cannabis market with a new deal to acquire an edibles company, if Canada’s neighbour moves to allow a key pot component.

The Smiths Falls, Ont. cannabis company announced Thursday that it had reached an agreement to buy Boulder, Colo.-based Wana Brands, but only if tetrahydrocannabinol (THC), the main psychoactive component in cannabis, becomes federally permissible in the U.S.

Though several states have legalized recreational cannabis, it’s still illegal on a federal level, so many policy-makers are pushing for change.

“We have to be really agile, we have to anticipate changes and we have to be prepared to react when we see them, but the first hurdle is getting to permissibility,” Canopy’s chief executive David Klein told The Canadian Press.

The U.S. market has become increasingly attractive for Canadian cannabis brands as they eye new opportunities for revenue growth, after two years of layoffs, downsizings and facility closures at large pot producers including Canopy, Aurora Cannabis Inc. and Tilray Inc.

Pot companies are hoping that the U.S. federally legalizes cannabis, so they can quickly build on their experience in the Canadian market across the border.

“We’ve had to make a lot of changes to get the organization appropriately focused, and to also adapt to the speed or lack of speed at which the Canadian market opened,” said Klein, whose company laid of hundreds of people during the COVID-19 pandemic.

“That experience just serves us well because we’ve been in a situation where… we overbuilt, but Wana is asset-light.”

While Wana makes and sells cannabis gummies tarts, tinctures and vapes in Colorado, it licenses its intellectual property to partners in several other states and in Canada.

Upon the exercise of each call option agreement, Canopy Growth will make a payment equal to 15 per cent of the fair market value of the entity when the option is exercised. Canopy Growth may also make additional deferred payments as of the 2.5 and five-year anniversaries of the upfront payment.

The call option payments and the deferred payments may be made in cash, shares or a combination at Canopy’s discretion

Its also deepened its U.S. presence by launching four sparkling cannabidiol waters under the Quatreau name across the border in March, adding to the roster of Martha Stewart, BioSteel and This Works products Canopy already sells in the U.S.

However, Canopy’s competitors are keeping pace.

Hexo Corp. recently signed purchase and sale agreements for a 4,645 square-metre (50,000 square-foot) cannabis production facility in Northern Colorado and the company’s chief executive said in May that he was considering approaching multi-state operators in the U.S. to partner on Hexo-powered private label brands.

Despite those moves, Klein said he’s “more bullish” on legalization than most other cannabis company leaders because he’s seen studies suggesting 91 per cent of Americans favour legalization and two-thirds live in a state where it’s already legal.

He also thinks the issue is “highly electable” because both Democrats and Republicans want to be able to tell their constituents they supported legalization.

“We don’t have people any longer saying they’re not supportive of cannabis legalization, so when you get that kind of momentum… it flips over quickly,” Klein said.