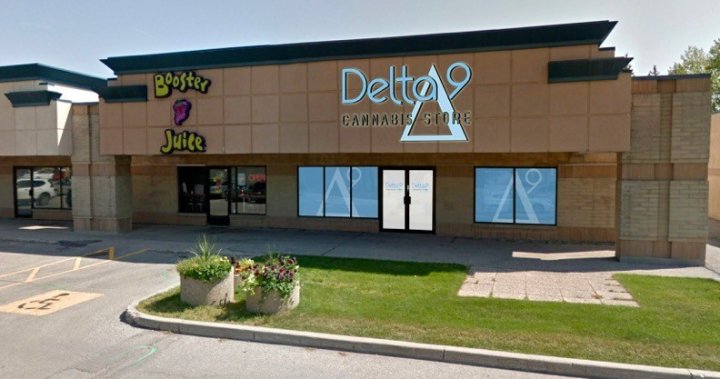 What started with supply shortages and purchase limits has turned into an industry saturated with shops in a matter of less than three years.

Something he said was the goal of legalization in the first place.

“Obviously a significant milestone for the industry to not only have achieved the growth that it has over the first few years,” said Arbuthnot.

According to the province’s latest public accounts records, the number of stores are also on the rise.

There are now 71 cannabis retail locations across the province — up from 42 in 2019.

The growth can also be seen in sales, with Delta 9 in particular seeing an increase of 10-15 per cent at the beginning of the pandemic, according to Arbuthnot. Those numbers have started to level out as the pandemic carried on.

Fielding said Thursday revenue associated with cannabis was around $14 million.

“For the most part, most years we get about a dividend of $650 million from liquor and lotteries, through a variety of things, through casinos, through alcohol sales and cannabis,” Fielding said. “The cannabis number is there but it’s quite low.”

However, there’s still time and new products to bridge the gap.

Arbuthnot said edibles have skyrocketed in popularity, with the gummy form of cannabis appealing to a new demographic.

“We see people coming into stores they would have never tried a cannabis product prior to legalization, they’re now finding that you know what some of these edible products or drinkables actually are a pretty attractive value proposition versus beverage alcohol,” Arbuthnot said.

The non-smoking options are calorie and hangover-free according to the CEO, something he thinks could pave the way for the future of cannabis in Canada.