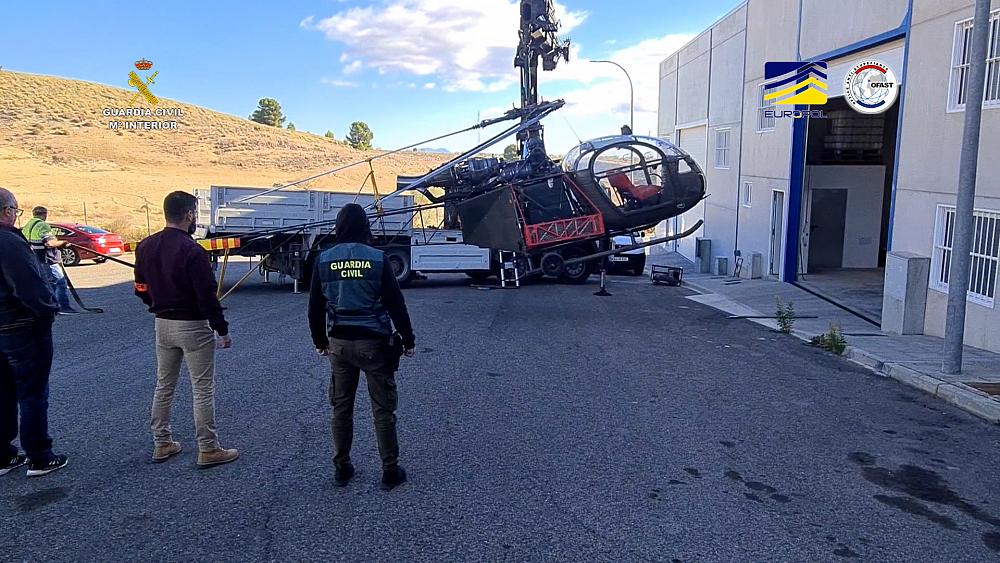 Spanish police say they have dismantled a drug-trafficking ring that had was using helicopters to smuggle marijuana from northern Africa.

The gang allegedly brought hashish and marijuana from Morocco to southern Spain by helicopter and then transported the drugs to France.

Police said the drugs were concealed in trucks and a tour bus with fake number plates for the journey north to France.

The Guardia Civil said in a statement that it seized 2.4 metric tons of hashish and 112 kilograms of marijuana in the operation. Three helicopters were also seized, as well as weapons and ammunition.

Officers arrested 11 people and a further nine are being sought in France, the statement added.

Police believe the revenue from the drug sales was also illegally laundered through fictitious companies.

The investigation was first launched after authorities became aware of a French criminal organisation operating in southern Spain.