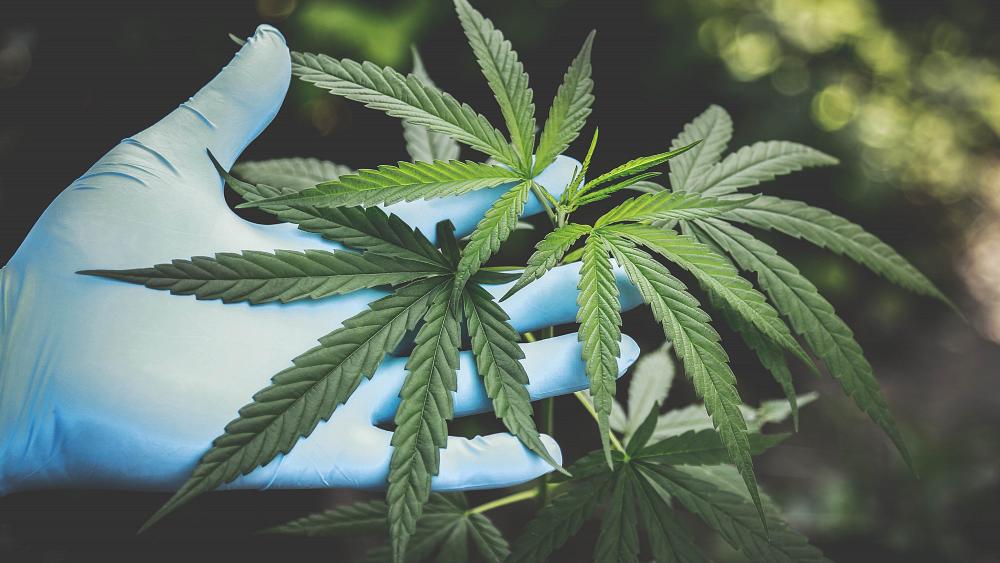 A former slaughterhouse in Dresden, Germany is now home to row after row of cannabis plants.

They were planted in November, with the first harvest due in January which will mark the first legal, large scale harvest of cannabis on German soil.

The leaves will be turned into cannabis flour and used in legal medical marijuana products.

The company behind the plantation is called Demecan.

The Berlin-based company was one of three to win tenders from the German cannabis agency to produce cannabis in Germany. The two other companies are still working on their production.

“It is actually something very new. It is a unique facility that we have here in Germany. One of the only German facilities to cultivate medicinal cannabis,” said Constantin von der Groeben, managing director of Demecan

“And what we see here is our first batch of medicinal cannabis that we are currently cultivating. This facility will then, next year, output one tonne of dried cannabis flour. So, a thousand kilograms.”

Medical cannabis products were legalised by the Federal Government in Germany in 2016.

But the new government, under Chancellor Olaf Scholz, that took over in December 2021, wants to go a step further and legalise the sale of cannabis for recreational use to adults in specialised, licensed shops.

It would be similar to the legislation that is in place in Canada and some US states.

In Berlin, several start-ups with a cannabis focus have been founded over the last few years.

One is the Sanity Group which specialises in medical cannabis products as well as self-care products containing cannabis CBD oil, which is extracted from the cannabis plant.

“But as you already said, it is all about the details. And therefore, I think we are super curious, and the waiting time is the hardest because we would love to start preparing and of course, we do that already. Preparing in every direction, because we don’t know exactly in which direction it is going.”

The new German government consists of three parties in a coalition: the Social democratic party, the Green Party, and the Liberal Free Democrats party.

Before the parties started governing together, they agreed on a coalition contract of over 170 pages which is where the move towards legalisation of cannabis for recreational use is set out.

The documents specify that licensed shops will be allowed to sell cannabis to adults, but apart from that there are not many details.

There is also no firm time-plan, but since the government has a mandate period of four years, it is implied that this is the longest possible time frame.

There has been some criticism of the plan, specifically from parts of the Christian democratic CDU party that governed Germany for 16 years under Angela Merkel.

There are worries that younger people will have easier access to cannabis from older friends and relatives, and there are people that say it won’t decrease crime, but that criminal gangs will move to other drugs or sell the cannabis cheaper than the stores.

Friede says the concerns will need to be addressed in the final legislation.

“Yes, I understand that there are risks involved with it. I mean, if we are looking at the usage of cannabis for minors and everything, then of course, we need to address that in the details,” he said.

“We need to address these risks. But I think not doing anything is also not a solution. Because people are using cannabis, they are just using it in a lower quality, coming from a black market, supporting organised crime. How is that better than the alternative?”

The argument that organised crime will have one less market and the state will in turn have one more avenue for tax revenue was often raised in debates about legalising cannabis in Germany.

But one of two major police unions in the country is sceptical.

“The view of the police is that we are adding another drug to the drugs that are already legal, such as nicotine and alcohol, and that we might get another widely used ‘people’s- drug’ in the form of cannabis,” said Jörg Radek, vice president of the German Police Union GdP

“And as a police officer I have my doubts about this because it will change the society. But also, for us in the police, we will with some certainty get more work to do.”

For more on this story, watch the video in the media player above.