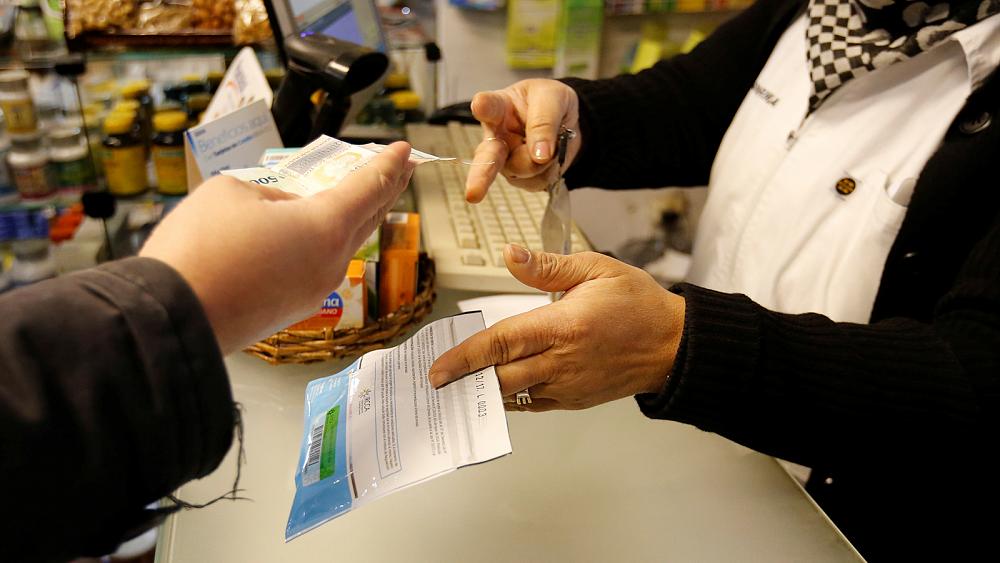 Uruguay has become the first country in the world where the cannabis market, its production and marketing are in the hands of the state.

It’s now legal to buy, sell and consume this drug in the country.

The small South American state is the first and only country in the world to have embraces legalisation so fully. So what are the results of this after 6 months?

To get aspirin or painkillers for his back pain, Federico has always gone to his local pharmacy. But since July 19, 2017, he has also come to buy his cannabis.

Since the sale began in pharmacies I feel that it is a system that works really well. The only problem is that there not many pharmacies actually sell it. Very often pharmacies with cannabis for sale see long queues forming at the door. But other than that I feel that everything is fine.

At the moment, about a dozen pharmacies in Montevideo take part in the government organised sale of cannabis. For $1.30 per gram, each customer can buy up to 10 grams per week.
To obtain these bags of marijuana, buyers must be adult, Uruguayan citizens and registered with the cannabis regulatory institute. They also have to give their fingerprints.
The goal of this is to record every transaction, control identities and exclude affecting tourism.

Cannabis users are, perhaps unsurprisingly, happy with the new system.

Today we buy it in pharmacies, we pay taxes on it, it is a system that works and will continue to exist in the future. It’s good to be able to buy cannabis legally, just as people buy anything else. It’s great.

Pharmacy sales are the main outlet for the regulated system of sales.
It’s through this that the state intends to take control of the market away from drug traffickers.

The black market was valued at $40 million a year.

The supply of marijuana stamped with “government produced”, has been awarded to private producers. 4 tons of cannabis flowers will be grown every year.

After just a few months of sales through the pharmacies, the results are encouraging for the institute of regulation and control of cannabis. Director, Diego Oliveira reports that nearly 20% of regular cannabis users have signed up to the scheme.

This means that all these people are no longer supplying themselves on the illegal market. So the economic resources used to buy cannabis no longer go to the black market. Without a doubt this limits the possibilities for drug trafficking, at least as far as cannabis is concerned. But it is too early, our fundamental tasks as we move forward are to continue to evaluate.

While people await the anticipated decrease in violence related to drug trafficking, the opposition continues to denounce a law that it sees as a new route to drugs. And the majority of the population continues to agree with them.

In 2013, when the legalisation law was passed, 61% of Uruguayans voted against it, and today 54% are still opposed to it.

Rosario Queirolo is a researcher. She’s conducted a number of investigations into the regulation of cannabis.

It will work if the government succeeds in meeting the three main objectives of this law:

One: Decriminalisation of users
Two: The public health goal which aims to produce a better quality substance.
Three: The goal of improving public safety, namely to remove the marijuana market from the hands of narcotics traffickers and thus reduce the level of violence.

If the government manages to have an impact on these three areas, I believe that more Uruguayans will support this project.

The law also allows Uruguayans to grow their own as a member of a club for group cultivation, or solo, like Martin.
He prefers home grown. It has to be exclusively for personal consumption.

He can legally plant up to 6 feet of cannabis.

I know exactly what I will smoke next, how it was cultivated throughout the life of the plant. I can choose the seeds, I can choose if I want Sativa or Indica, the quantity I want. I like to know what I smoke, to smoke at the time of the year I want, without any kind of bureaucracy, without depending on anybody, to be completely independent, and especially to be completely away from drug traffickers.

Six months after the first few grams of marijuana were sold in pharmacies, the Uruguayan population is showing more and more enthusiasm towards this regulatory initiative.
The process was initiated under President José Mujica and is not the priority of the current Tabaré Vazquez government, but this system, unique in the world is showing promise. Today 18,000 people buy marijuana sold by the Uruguayan government. And every bit, taxed, regulated and controlled.

Other countries will surely be looking on to see if this could be model that could be replicated across the world.