Is cannabis farming destroying the planet? - Read of Green 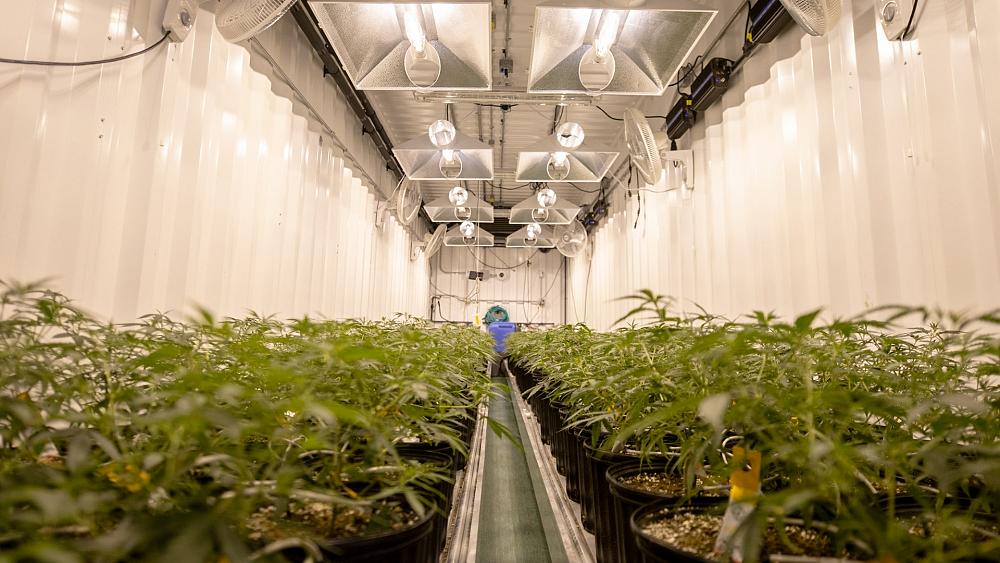 Imagine a world where people could purchase a bag of weed while on their weekly shop at the farmers’ market.

This is what Dr Anthony Silvaggio, a researcher at California’s Humboldt State University, hopes to see one day.

In the UK, the debate around the legalisation or decriminalisation of cannabis has been a bone of contention for many years, with some believing it is only a matter of time before Britain follows in the footsteps of Canada, California, Holland and the rest.

But as wildfires ravage the west coast of the US, Thwaite’s glacier in Antarctica slowly melts away before our eyes and Extinction Rebellion continue to protest against the destruction of the world’s ecosystems, a closer look into the mass production of cannabis has never been more pressing. The question being posed – is growing weed good or bad for the environment?

According to data from the International Narcotics Control Board, the UK is the largest producer and exporter of medical and scientific cannabis in the world. However, there has been little discussion around Britain’s carbon footprint in relation to its cannabis production.

What is the greenest way to farm cannabis?

The farming of cannabis varies massively all over the world, but there are three methods that growers tend to use.

The first is to grow cannabis outdoors, where it benefits from natural sunlight and rainwater.

This method is often seen as the least harmful to the environment, but that depends on whether chemical pesticides and rodenticides are used to protect the plants. The outdoor approach can also mean lower quality crops as a result.

The second method is to grow cannabis in greenhouses using sunlight, or artificial light.

The environmental impact of this method varies depending on whether or not artificial light is used, as electricity is factored in. Another consideration is how advanced the greenhouse is itself.

And thirdly, cannabis can be grown indoors using artificial lighting, heating, ventilation and even de-humidifiers. Nowadays, this is often the most popular method as it can produce a better quality crop and multiple harvests.

Yet indoor growing is the most environmentally damaging of them all, due to the vast amount of electricity used, which in turn contributes to carbon emissions. You also need copious amounts of water to keep the plants alive throughout the farming process. “Energy consumption is by far the biggest issue and can be solved by growing in greenhouses instead of indoors,” explains Jouke Piepenbrink, chief marketing officer for Dutch Passion, an Amsterdam-based cannabis seed company.

“If cannabis is grown outdoors or in greenhouses without artificial light, the environmental impact is very low,” he adds.

Illegal cannabis growers will often use the indoor farming method to keep a low profile, sometimes even turning to diesel or gasoline generators to avoid using power from the grid and raising suspicion.

So should cannabis be legalised?

The question of whether the prohibition of cannabis is damaging the planet, by allowing un-regulated farmers to use these harmful growing techniques, is something the UK will need to consider as the legalisation debate rages on.

“These impacts are a result of unregulated cannabis but none of these impacts would be here if we didn’t have prohibition. Prohibition is the root cause of the environmental impacts of cannabis agriculture,” says Dr Silvaggio, environmental sociologist and faculty member at the Humboldt Institute for Interdisciplinary Marijuana Research (HIIMR).

“It’s problematic that we are going to develop an industry that pollutes in ways that are making it more challenging for us to deal with the climate crisis.

“Industrial farming for cannabis is bad for the environment. The land can’t take it anymore,” he concludes.

The popularity of cannabis products has spiked during the coronavirus pandemic. A study by Alphagreen, the biggest marketplace in the UK for CBD products, found that 8 million people had purchased CBD products from the beginning of the year up to May, amounting to £150 million in purchases and 50 per cent growth compared to 2019.

In Europe, the growth of the cannabis industry has also been steadily increasing. This includes products flooding the market in countries where THC – the psychoactive compound in cannabis – is banned.

“Our market has steadily been growing over the last 33 years, but in the last three years a lot has changed,” says Piepenbrink, CMO for Dutch Passion.

“We see many countries around the globe opening up in some way, sometimes they start with a medicinal programme, the home grow market opens up, or they allow companies to produce cannabis products for recreational use,” says Piepenbrink.

The growth of the cannabis industry in the UK could be an indication of potential legalisation or decriminalisation to come, but some researchers are concerned that legalisation will do nothing to help the environmental crisis. For them, first economic policy must take the green agenda into account, for any meaningful changes to be made.

Co-director of HIIMR, Dr Dominic Corva, explains. “You can’t say legalisation has one impact or another until you know what variety of legalisation you are dealing with.

“Legalisation that is coupled with environmental policy has the potential to be good for the environment.

“I’ve seen enormous warehouses full of cannabis being grown at a scale that shouldn’t be happening, I have seen de-watering, especially in drought conditions, where major rivers run dry months before they’re supposed to. Many of my colleagues have seen the use of banned pesticides and rodenticides on public lands.”

There are techniques that can be employed for cannabis farmers to improve their carbon footprint, says Dr Corva. Namely, both dry farming and companion planting.

Dry farming is all about growing crops in a dry climate, without water or an irrigation system in place. It’s better for the environment because it doesn’t use up precious water reserves in regions where water is scarce, especially during a drought.

Companion planting is when you plant different crops together, which complement each other and mutually benefit from each other. For instance, beans and corn. Beans love climbing the tall corn stalks, and corn appreciates the nitrogen provided by the beans. Another example is chives and lettuce, as chives repel insects that are naturally attracted to leafy greens. This growth method often means that the quality of crops can be higher, but more importantly it prevents the need for pesticides, as some plants naturally repel the insects that eat their companion plant.

But ultimately, Dr Corva concludes, a total ban on large-scale cannabis cultivation is the only way to tackle the environmental crisis. The harmful methods being used en masse are destroying our land.

So far the ecological impact of cannabis farming is yet to be fully understood in the UK market, but if the US is anything to go by, we should be thinking about this sooner rather than later. With a stronger emphasis on green policies and potential legalisation in sight, we could limit environmental destruction significantly, say experts.