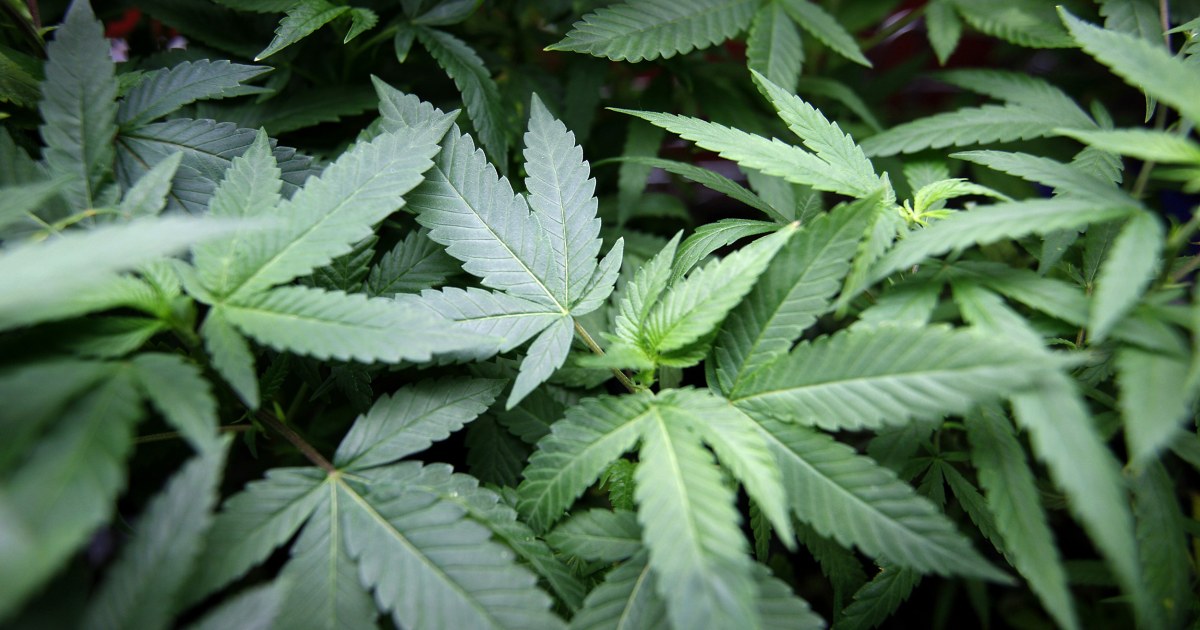 Low levels of marijuana use — as few as one or two times — may change the teen brain, according to a new study.

The study, which looked at the brains of 46 14-year-old girls and boys from Ireland, England, France and Germany, found that teenagers who reported using recreational marijuana just once or twice displayed increased volume on MRI images in numerous brain regions involved in emotion-related processing, learning and forming memories. The results of the study were published Monday in the Journal of Neuroscience.

“Most people would likely assume that one or two uses (joints) would have no impact, so we were curious to study this — and especially to investigate if first uses may actually produce brain changes that affect future behavior like subsequent use,” Hugh Garavan, lead author of the study and a professor of psychiatry at the University of Vermont School of Medicine, said in an email to NBC News.

The study did not say what the increased brain matter volume means, but the researchers noted that the enlargement of gray matter contradicts normal adolescent development.

“At the age at which we studied these kids (age 14), cortical regions are going through a process of thinning,” he said, suggesting that this is a “sculpting” process that makes the brain and its connections more efficient. “So, one possibility is that the cannabis use has disrupted this pruning process, resulting in larger volumes (i.e., a disruption of typical maturation) in the cannabis users. Another possibility is that the cannabis use has led to a growth in neurons and in the connections between them.”

It’s not the first research to find that cannabis use may cause changes to the teen brain.

A recent study found that teen brains are more vulnerable to the effects of marijuana than alcohol. And in June, University of Pennsylvania scientists discovered that young people who used marijuana frequently were more likely than nonusers to have slightly lower scores on tests of memory, learning new information, and higher-level problem solving and information processing.

According to the most recent data released by the National Institute on Drug Abuse, 32.6 percent of 10th graders reported using marijuana at least once during their lifetime.

So far, 10 states and the District of Columbia have legalized recreational marijuana use. Legalization seems imminent in several other states, including New York and New Jersey.

Marijuana has shown considerable promise for treating medical conditions including pain, muscle spasms, seizure disorders and nausea from cancer chemotherapy. At least some of those benefits are thought to come from cannabidiol, a chemical component of the marijuana plant not thought to produce mind-altering effects. But experts believe that more research is needed to determine how and why the brain is affected by early marijuana use amid changing societal attitudes toward the drug.

Experts note that these findings are insightful, although preliminary.

The enlargement of gray matter “doesn’t seem to have a major impact on brain functioning,” said David Nutt, professor of neuropsychopharmacology at Imperial College in London, “so while this study alone is not able to prove small amounts of cannabis negatively affect the brains of adolescents, this area of research is important and certainly worthy of further study.” Studies looking at whether alcohol and other psychoactive substances have unwanted brain effects in young people are also merited, he said.

Garavan says the overall takeaway is unclear, as the study did not look into large cognitive or mental health differences between users and nonusers. There’s also a possibility that larger brains could be a random finding, so the findings need to be confirmed.

“As is always the case, more research is needed to replicate these effects, to try to understand the mechanisms, and critically, to unearth what additional factors may identify which cannabis-using kids show these effects and which ones don’t,” said Garavan.