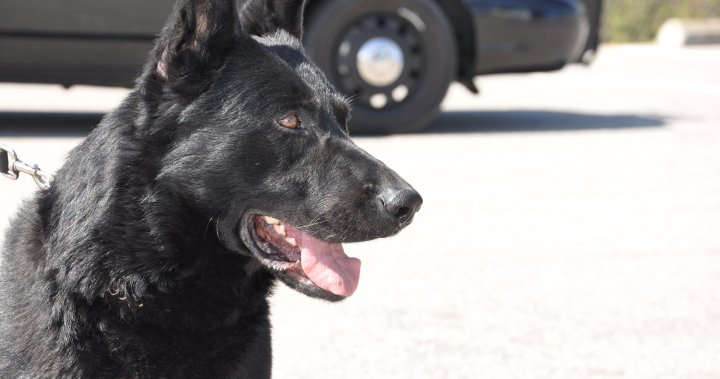 Canada’s best K9 teams are about to descend on Alberta.

That includes a canine member of the Kelowna, B.C., RCMP detachment.

Mysen, a police service dog, will compete on the national stage.

The German Shepherd will represent Kelowna and West Kelowna at the upcoming Canadian Police Dog Trials.

Mysen and his handler, Const. Kent Wagner, will be going up against RCMP and municipal handlers and their canines from across Canada.

“Mysen has trained hard and is looking forward to the competition,” said Const. Wagner of the Kelowna Regional RCMP Police Dog Service.

The police dog teams will be judged on their skills and abilities in tracking, narcotic/explosive detection, search, obedience and criminal apprehension scenarios.

The Canadian Police Canine Association (CPCA) trials usually take place every year but have been on hold the last two years due to COVID-19.

CPCA) is a non-profit, non-political affiliation of the peace officers employed in handling and training service dogs in Canada.

Handlers and trainers from other countries may join, upon submission of an application to the board of directors.

CPCA was formed in 1978 by several dog handlers who were interested in seeing how their counterparts were performing in the same job as themselves.

The purpose of the police service dog trials is to establish levels of proficiency.