Many Canadians turned to weed as coronavirus arrived. Here’s how to tell if that’s a problem - National - Read of Green 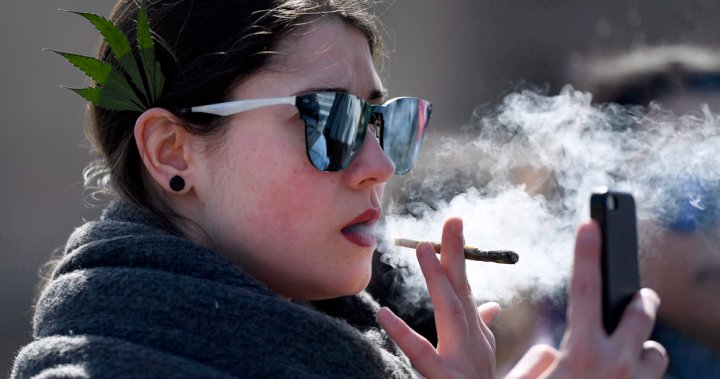 For better or worse, many Canadians appear to be turning to weed to help them cope with the stress and isolation caused by the novel coronavirus pandemic.

But were those sales displaced from brick-and-mortar stores, as customers suddenly sought to have cannabis shipped to them instead of buying it in person?

Sales figures recently released for March by Statistics Canada provided an answer: total sales increased noticeably as the pandemic made itself felt.

Did panicky customers overstock? It doesn’t look that way. While official sales figures for April aren’t out yet, licenced producers say sales fell to normal levels, but not below.

Why might so many turn to cannabis as a coping strategy in a crisis?

“One motive could be to manage negative emotions,” says Calgary-based addiction psychologist Jonathan Stea. “Cannabis can be good for that, because it’s a mind-altering substance.

“Another reason could be …. just to enhance the experience of being isolated and lonely, just to give something to do. Which in-and-of-itself isn’t a terrible thing, but it becomes terrible when warning signs start to pop up – that’s when it starts to become problematic.”

What causes some cannabis users to develop constant vomiting? – Aug 6, 2019

What is that point at which it becomes problematic though, and how would someone recognize it?

Stea says that seeing where the line between harmless use and something more dangerous can be ‘very tough … there can be a very big grey zone.’


Contrary to widespread belief, cannabis addiction is possible. Here’s what it’s like

Here are some warning signs Stea says to look for:

While cannabis has a reputation for not being addictive, cannabis addiction is possible, Stea says.

A rise in cannabis use would parallel rising alcohol use as the pandemic arrived: in April, a Nanos poll commissioned by the Canadian Centre on Substance Use and Addiction found 25 per cent of Canadians between the ages of 35 and 54 reported an increase in how much they drank during isolation. They said their increased use was linked to a lack of regular schedule, boredom and stress.

If people are uneasy about their cannabis use, the most obvious step is to stop, or try to stop, and see what happens, Stea says.

“That’s a great first step. If someone is finding that they can’t stop, then that’s a warning sign.”

Another warning sign involves a pattern of using to deal with difficult emotions, he says.

“Say that the last 20 times someone has been anxious, they pair that with cannabis use, then your brain starts to associate cannabis use with anxiety. That’s not good. It’s kind of like Pavlov’s dog — when the bell indicates food and the dog salivates because it knows it means food.”

Why marijuana is making people vomit violently, ending up at ERs – Jun 8, 2018

One problem with that is that you don’t have the chance to develop coping skills that don’t involve chemicals.

“You’re … robbing your brain of the chance to practice healthy, adaptive coping skills, like reaching out to a friend, or processing it, or thinking it through and problem-solving, or just tolerating and feeling the emotion and just identifying it. It’s sort of a double-edged sword there.”

Stea suggests using checklists like this one to help figure out whether your cannabis use has become dangerous.

–With files from Meghan Collie