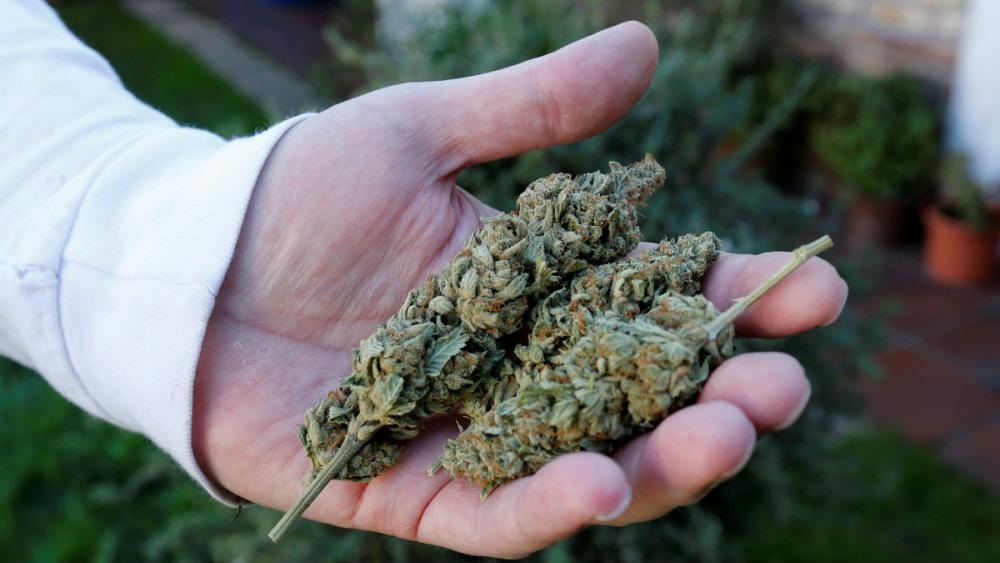 The legal marijuana industry in California is booming and when recreational pot becomes legal next year, billions of dollars are expected to flow into businesses.

However, companies are faced with a problem – they can’t open bank accounts.

“They could technically be seen as aiding and abetting the commission of the federal crime of trafficking cannabis,” said Nicole Howell Neubert, a marijuana industry attorney.

This means that pot dispensary owners carry out most transactions in cash, often with huge amounts changing hands.

For Jerred Kiloh, a medical marijuana dispensary owner, a trip to pay his taxes is more nerve-rattling than for other shop owners.

Bringing home around $15,000 a day at his shop, Mr Kiloh makes this risky trip on a monthly basis.

The issue is set to worsen if banks are still not willing to work with marijuana businesses on January 1, when recreational pot becomes legal in the state.

“It is not normal for people to walk around with millions of dollars in cash so we’ve got to deal with this reality and figure out a way to address that concern,” said Los Angeles City Council President Herb Wesson.