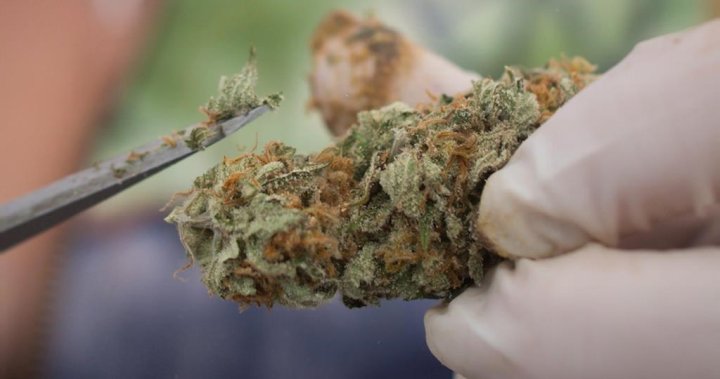 It’s been four years since cannabis was legalized in Canada. Although recent studies are showing there is no significant increase in usage among the younger population, health professionals and educators are noticing there is still a need for awareness campaigns to educate students on the effects.

Several Montreal CEGEPs teamed up with Montreal Public Health to create four two-minute videos to deliver all the facts to students ahead of National Addictions Awareness Week. (Nov. 21-25)

“We see that patterns are changing in the type of consumption,” said Montreal Public Health Director Dr. Mylène Drouin.

Dr. Drouin said smoking marijuana is decreasing while consuming edibles and vaping is now on the rise, especially amongst the 18-25 category.

“We wanted to make sure they understand how they can manage the risk and we are really doing it in a harm reduction perspective,” she added.

A team of social workers and nurses in student services at Bois-de-Boulogne, Dawson, Maisonneuve-Rosemont and Vanier co-created the four-part video series, featuring two minutes of questions and answers about cannabis.

“In order to make sure that everybody is at least making good judgment and they have good non-biased information,” said Vanier College Social Services Officer Shera Robinson, who was part of the team behind the videos.

“We don’t want to be judging or finger-wagging at them,” she added.

“I agree with the fact of not trying to make it seem like it’s kind of evil or don’t do it, but let’s know how to use it,” said Josephine Emadoie.

This is the first year for the collaborative campaign. Both public health officials and educators say it will continue and will most likely also target high school students in the future.