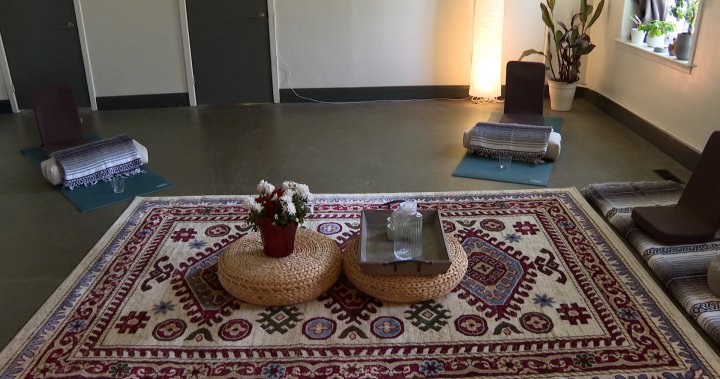 A building in Kingston, Ont., with 150 years of history is now beginning a new chapter, in a new form of medicine.

The old Portsmouth town hall is now the home to Neuma, a psychedelic wellness facility that uses cannabis to help patients deal with mental illnesses, such as anxiety, depression and PTSD.

“There’s an experience where we share in the medicine together and then you go into sort of more of a meditative, inward experience where you’re on your own,” says Cory Firth, co-creator of Neuma.

“You’re in the same space as everybody else, but you’re sort of inward, with maybe an eye shade on, if that’s comfortable to you.”

The stigma of psychedelics in mainstream culture, linked to the counterculture movement of the 1960s and 70s, is starting to fade as the therapeutic aspects of these drugs are explored more.

“There are harmful levels to them and other drugs,” says Firth. “But there’s also this really amazing therapeutic potential that is out there. But again, just making sure that we’re not communicating this stuff as if it’s a panacea — a cure-all for everything.”

Firth believes that Kingston has the potential to become a leader in the psychedelic wellness movement due to its proximity to major Canadian cities and the American border, but also because of the demographic of the community.

“We have the largest military base in Canada here, a really large population of veterans and active military,” says Firth.

‘People are desperate to heal’: The push for psychedelic-assisted therapy in Canada

“We have a giant population of front-line workers with our within our health-care system and our health-care institutions. We have three prominent colleges and universities here, a lot of growing support from all of them with within the psychedelic health-care space.”

At a time when Canada is dealing with a mental-health crisis, this new form of treatment is gaining momentum with psychedelic treatment centres like this one, popping up across the country.