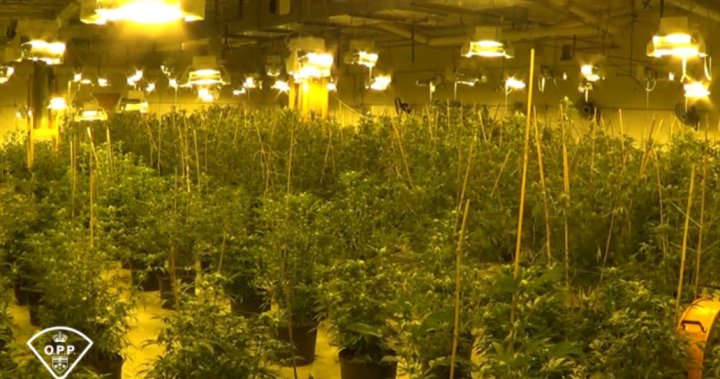 A joint task force of Ottawa and Ontario police units seized more than $1 million worth of illegal cannabis products in Kanata and Carleton Place last week, according to provincial investigators.

The OPP, working with various Ottawa police units, executed search warrants at a Huntsman Crescent home in Kanata and at a warehouse on Emily Street in Carleton Place on Sept. 29.

OPP said 63-year-old Ronald Trempe and 53-year-old Marianne Sloan are facing a slew of charges for possession for the purpose of distributing, cultivation of cannabis outside the home and possession of an opioid.

In addition, 22-year-old Kayley Trempe and 28-year-old Justin Moore are each charged with possession for the purpose of trafficking.

All four individuals are due in court in November.