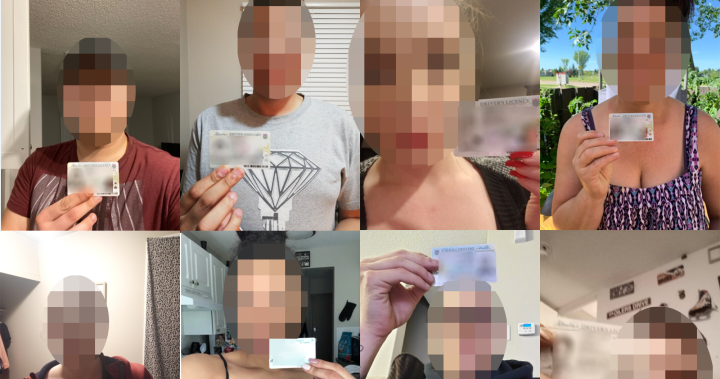 Edmonton police are warning the public about a concerning trend in which people are handing over personal information to illicit online cannabis sellers.


Online scams are on the rise. Here how to keep yourself safe while surfing the web

Police say the sellers are asking buyers to provide pictures of their ID, themselves holding the ID and another piece of documentation such as a utility bill, which includes the potential buyer’s address.

Buyers are not aware that their personal information is then being distributed through criminal networks, according to the Edmonton Police Service.

“What’s concerning about this is that unsuspecting buyers are handing over their personal information to people who have criminal connections and, in some cases, convictions related to identity theft and fraud,” Staff Sgt. David Paton with the EPS EDGE section said.

“Being in possession of illicit cannabis could result in criminal charges, but being a victim of identity theft should also be a very real concern, given the devastating financial and personal cost of this crime.”

EPS communications advisor Cheryl Voordenhout said it’s believed people are heading to these sites to buy cannabis because the product is being offered at a discount.

“They’re doing that in exchange for the personal information that people are sending them,” she explained.

“There’s no control over what happens to that information. So people who are connected to criminal networks now have your personal information.

“The problem with identity theft is that it can occur years later. It may not occur right after the ID is taken. So once your information is out there, you have no control over it when it’s going to someone who is connected to a criminal network.”

How to protect yourself from scams and identity theft – Jul 29, 2016

So far this year, 15 people who police say are involved in organized crime networks have been arrested under the Cannabis Act and Controlled Drug and Substances Act.

Weapons-related charges have also been laid through these investigations. Police said some of the people who were arrested also had recent criminal charges or convictions for identity theft, break and enter, fraud under $5,000, credit card fraud and possession of stolen property.

Police said during the arrests, they found hundreds of text messages with pictures of customers’ IDs.

Police are reminding people that Alberta Gaming, Liquor and Cannabis (AGLC) is the only legal online retailer of recreational cannabis in Alberta.

“If you’re buying cannabis online, your safest bet is to buy it through the AGLC’s online site,” Voordenhout said.