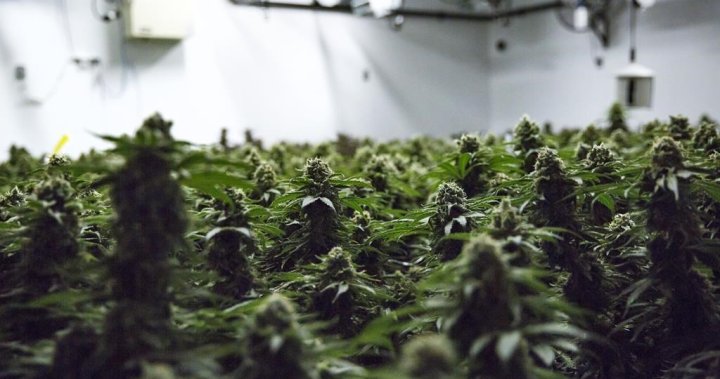 The federal government has launched a review of the Cannabis Act that came into existence four years ago legalizing cannabis in Canada.

The review is supposed to determine if the legislation is meeting with the needs and expectations of Canadians.

George Smitherman, president and CEO of the Cannabis Council of Canada said they welcome the review but want to see urgent relief from the tax and regulatory burden on legal cannabis producers to enable competition with the illicit cannabis industry.

“Some areas where we’re really in need of reform to compete better with the Illicit market are to restore some order of financial viability for licensed participants, to give us some more flexibility to communicate with our consumers and to reduce some of the regulatory burden that we’re experiencing,” Smitherman said.

Kerri Michell, president at Farmer Jane Cannabis Co. says it’s great to see the positive economic and social impact legalization of cannabis is having on Canada.

“It’s accounts for around 11 billion in retail sales and right now over 90,000 jobs, which I think is pretty significant. And we need to do what we can just to make sure we’re nurturing that growth of the sector in Canada,” Michell said.

Smitherman said that each province has a different retail model so excise tax and markups vary by province, but overall the excise tax is proving to be a much bigger tax than what was initially promised.

Michell and Smitherman both said one of the biggest challenges they face is the THC limit on edibles which currently sits at 10 mg per package.

“Right now, I believe around two thirds of consumers are actually turning to the illicit market where they can find edibles that have ten times the amount of legal limits. And oftentimes those aren’t being created in a safe manner and they’re not equally dosed either,” Michell said.

She added that while Regina was slow to grow the cannabis space, the market here is starting to get saturated with stores. “November 2021, we had, I think, 16 stores and now we’re upwards to 30 with another eight looking to be built still.”

Michell said that the recommendation is one store per 10,000 population so for Regina with around 250,000 people that comes down to 25 stores.

“We’ve seen some discounters, some of the national players coming in and really reducing margins, which is actually great for consumers. There’s great products out there that can compete with the illicit market,” she said.

Smitherman said that the combined effect of high taxes, intense regulations and resilience of the illicit market make it tough for businesses to climb in the legal cannabis industry.