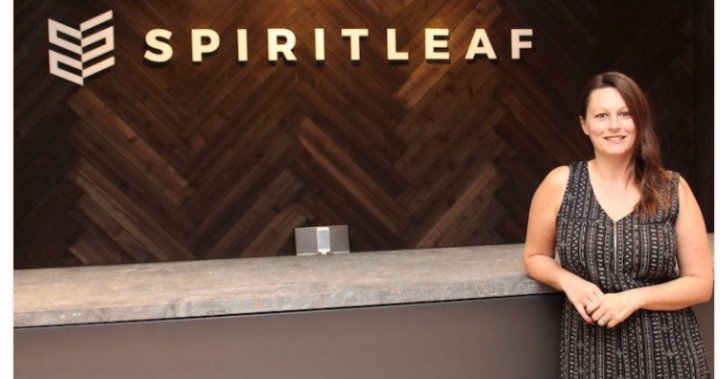 A group of private cannabis retailers in B.C.’s Okanagan region is calling on the provincial government to crack down on unlicensed pot shops, which they say create a competitive disadvantage.

The Okanagan Cannabis Collective, which represents approximately 20 cannabis stores in the Okanagan, has released an open letter, going as far as calling for B.C.’s minister of public safety and solicitor general (PSSG), Mike Farnworth, responsible for the enforcement of B.C.’s cannabis laws, to resign.

“Since cannabis was legalized in 2018, the Minister of PSSG has demonstrated that he is incapable of managing this file,” said the open letter, dated Oct. 13.

“While it is said that eliminating the illegal market is your government’s number one mandate, It would appear that your government is more interested in undercutting private legal retail cannabis stores through your taxpayer-subsidized operations than achieving this goal through actual enforcement measures.”

To illustrate its point, the collective released a Google Map document highlighting 35 known cannabis stores openly operating in B.C. without a provincial licence.

Many of the stores are on Indigenous land.

“We feel that minister Mike Farnworth has not reached out to these Indigenous nations in order to collaborate and make a plan. We have seen no effort on that part,” said Sarah Ballantyne, owner of SpiritLeaf in Vernon, B.C., and spokesperson for the collective.

“We believe they have the right to do business how they see fit and that the government should be assisting these individuals in obtaining licensing, or at least, give them the resources to operate on the same level, quality-wise, for the product.”

Ballantyne said the cannabis market is oversaturated and legal retailers are struggling to survive due to the proliferation of unlicensed pot shops.

“We feel that here in the Okanagan, that the minister has failed his mandate to eliminate the illicit market and he has mismanaged the Community Safety Unit,” she said.

In October 2018, the federal government legalized non-medicinal cannabis and moved enforcement to the province.

The Community Safety Unit (CSU), a branch of the B.C. government tasked with applying the province’s cannabis laws and enforcing the Federal Cannabis Act, left First Nations out of the law altogether.

First Nations say they were not consulted during the development of the law, leaving many communities to develop their own laws.

The Okanagan Indian Band (OKIB) began developing its own Cannabis Control Law in 2018 after realizing that First Nations were left out of the federal Cannabis Act, which set enforceable measures for cannabis dispensaries operating within the community.

“Our cannabis law (OKIB Cannabis Control Law) supersedes the provincial law. We’re federal, and we’re sovereign, so how we’re going about it is different than anybody else,” said Cory Brewer, owner of Tupa’s Joint, an Indigenous-owned cannabis dispensary, in June 2020.

In the absence of a crackdown, Ballantyne said the province should immediately eliminate the requirement for legal retailers to remit the provincial sales tax (PST), eliminate the 15 per cent wholesale markup on cannabis products, and remove licensing fees, to level the playing field.

Global Okanagan reached out to the B.C. premier’s office and B.C.’s ministry of public safety and solicitor general for a response.

According to the ministry, community safety unit (CSU) officers continue to actively follow up with unlicensed retailers in communities across B.C. and have been increasing enforcement action.

“The CSU is also educating those who own or operate properties about the potential consequences for allowing their premises to be used for the sale of cannabis,” said the ministry. “To date, CSU officers have completed more than 70 inspections involving the seizure of cannabis with a total estimated retail value of approximately $20 million.”

The ministry said 173 unlicensed retailers have either closed or stopped selling cannabis as a direct result of CSU actions, and that, as of Oct. 4, the province has collected more than $1.2 million in penalties from illegal retailers who chose to continue to operate.

Regarding CSU enforcement on Indigenous land, the ministry said the “work is conducted in a manner that takes into consideration and respects local Indigenous community interest as well as the province’s ongoing reconciliation efforts.”

It also said “the province is committed to reconciliation, building positive relationships with Indigenous governments, understanding where they have different perspectives, and, where possible, collaborating to find resolution. These efforts are balanced against the need to ensure that the legal and regulatory framework for cannabis is implemented across the province and in alignment with federal laws.”

Lastly, the ministry said “it’s been only three years since Canada legalized non-medical cannabis. We remain committed to supporting the growth of a diverse, legal, and strong cannabis sector.

“We are always reviewing our cannabis regulations and looking to make sure the sector is supported in being as successful as possible.”