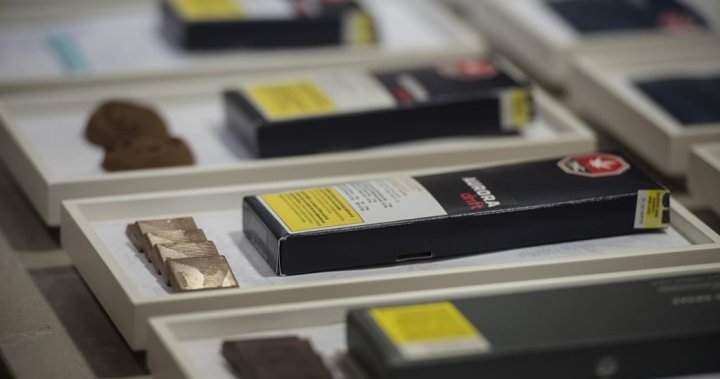 Regina city council has passed a motion that will loosen zoning restrictions for cannabis retailers in the city.

Cannabis retailers will soon be able to open 60 metres away from “sensitive land use” buildings, such as enclosed rinks, public libraries and community centres.

At a planning commission meeting held Nov. 3, it was recommended a 182.88 metre distance requirement from schools as well as adjacent playgrounds and park spaces be maintained.

On Wednesday, council decided to instead go back to an original amendment that will see retailers to be able to operate within 60 metres of sensitive use buildings, including schools.

This was the result of a motion made by Ward 3 Coun. Andrew Stevens.

“I think we really need to get past the stigma of cannabis. That was the whole intent of legalization. Kids can water their parents’ plants in the backyard. They can go get ice cream next to a dispensary. There can be bars across the street from schools.”

“You cannot even go inside a dispensary without demonstrating that you are 19 (or older). I can take my kids throughout the liquor store,” he added.

“I know I’m being glib about it, but it’s serious. This is actually the best way to deal with a controlled substance,” Stevens concluded.

All councillors were in favour of the motion with the exception of Ward 5 Coun. John Findura.

The changes were proposed as the legal cannabis retail industry is having a positive economic impact in the city, allowing more legal stores to open and cut into the black market.

The Regina public and Catholic school boards were previously consulted on this issue, and both were in favour of keeping the 182.88 metre distance in place.

“You can locate (cannabis retailers) in a strip mall next to a pizza shop and an ice cream shop. It seems a little extreme to say that it has to be 182 metres from a school when all youth, young children can see it with their parents,” Masters said.

“It just seemed a little over prescriptive or a little extreme in terms of distance required,” she added.

Masters said the bylaw amendments should come into effect in the new year.