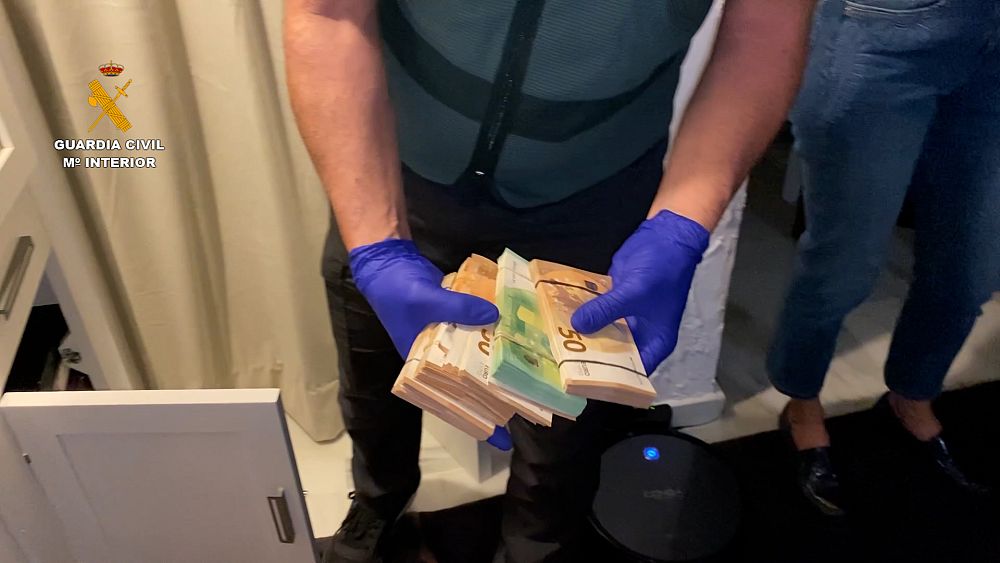 According to the Guardia Civil, the gang had transported boxes of marijuana in Ukrainian-registered vans.

Authorities were first alerted after Ukrainian citizens were seen collecting marijuana in the southern Spanish region of Andalucia. Police uncovered two vans with 109 kilos of marijuana vacuum-packed in cardboard boxes.

According to a statement, the gang had “pretended to be part of a solidarity convoy” in order to avoid police and border controls.

“This group traveled to different points in Andalusia where they collected already packaged marijuana and, taking strong security measures, they transported it and stored it in an apartment located in the town of Mijas.”

The suspects arrested include Ukrainian, German, Spanish, and Moroccan nationals.

They are all accused of drug trafficking, belonging to a criminal organisation, illegal possession of weapons, and electricity fraud, among other offences.

Two of the suspects have also been charged for damage a police vehicle and injuring its two occupants when they tried to flee.