‘There’s a lot to talk about:’ Indigenous gathering to discuss Cannabis Act in Vernon, B.C. - Read of Green 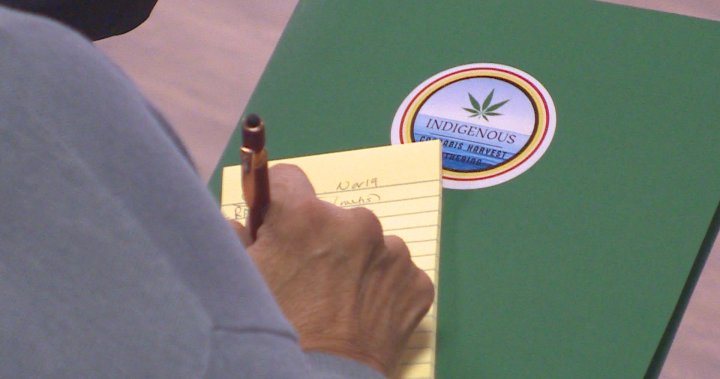 With cannabis legalized for four years, the federal government has launched a review of the Cannabis Act and is looking for feedback from the indigenous community on what they would like to see moving forward.

“There’s an 18, now a 17-month timeline for the review of the Act and we’re looking to give as much information and input toward the Act as possible,” said Cory Brewer, event facilitator, and Syilx Cannabis Society member.

The Syilx Cannabis Coalition invited both Indigenous and non-Indigenous members of the community to attend the first Annual Cannabis Harvest Gathering in Vernon.

The weekend-long event will allow anyone who attends to celebrate the harvest and discuss the Cannabis Act — what they would like to see change.

“Our first nation’s laws, our Indigenous laws have been left unrecognized for the time being, but mostly recognition for our laws within our territories and jurisdictions,” said Brewer. “There’s a lot to talk about.”

The review of the Act is expected to focus on the health and cannabis consumption habits of young persons, the impact of cannabis on Indigenous persons and communities, and the impact of the cultivation of cannabis plants in a housing context.

“It’s a provincial regime, and everybody operates under the province, we need to establish it so the jurisdiction goes back to the Indigenous people and they have more control over it,” said Indigenous lawyer, George Petel.

“There’s no issue about quality. All Indigenous leaders that I’ve talked to want to make sure it’s safe.”

Kim Sam, the owner of Crossroads Cannabis, says her business is first nations controlled, while still being provincially regulated. Her hope is to see more freedom and leniency through the Cannabis Act.

One of the most important components of the gathering was to have both Indigenous and non-Indigenous community members present, in order to have an inclusive discussion regarding the Cannabis Act.

“We’re really in this together, everybody is kind of up against their own challenges,” said Brewer.

The group will make notes on their discussions throughout the weekend and send recommendations to the federal government on Monday.