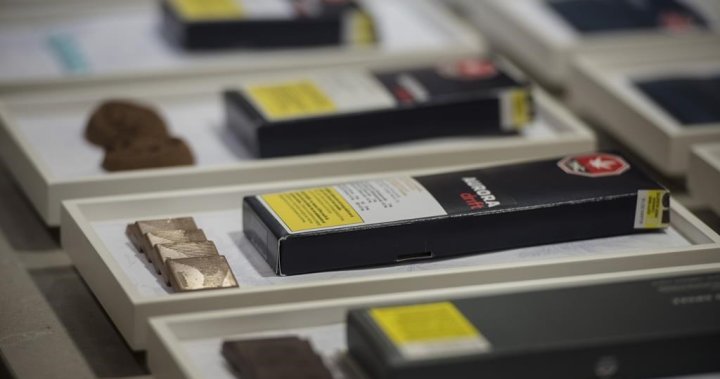 The Addictions Foundation of Manitoba (AFM) is pointing to cannabis as a prime culprit when it comes to addictions in youth.

Cannabis is legal and easy to buy and it is overwhelmingly the drug of choice for youth who are seeking treatment for addiction at its centre.

“Sixty-four per cent of our young people are coming in because of cannabis,” said Kate Evans, prevention and education consultant, Addictions Foundation Manitoba.

“The brain is not fully developed until the age of 25 is key, and any type of exposure to alcohol or cannabis can be harmful to that brain development.”

However, the use of cannabis isn’t the only concern as alcohol consumption and dependency continues to be an issue.

More than a quarter of its youth are being helped through alcohol abuse or dependency, according to AFM.

When it comes to both alcohol and cannabis, the problem is the ease of access and normalization of the products, Evans said.

“It’s much less taken seriously, though, by mainstream. You know, alcohol use is normalized,” said Evans.

“Both are in some ways normalized now, now that cannabis is legal in our province and has been for a few years.”

The numbers are shocking and a switch from what has normally been seen in the past, according to Drug Free Kids Canada.

“We were always exposed to stats that were saying that kids experimentation early with alcohol, but alcohol was the substance of choice, followed by cannabis. But this is a very high and surprising number,” said Chantal Vallerand, executive director, Drug Free Kids Canada.

According to data collected across the country, the average age for alcohol and cannabis experimentation is 13 and 14, respectively. The later it’s delayed, the better.

“The less chances there are of developing an addiction. Ninety per cent of people struggling with addiction as adults started using in their teenage years,” said Vallerand.

Parents can help loved ones who may be experiencing substance abuse by not enabling the behaviour.

“Whether it’s cleaning up their own vomit, maybe the next day, or having to explain a late paper at school, allowing them to experience those negative consequences can allow them to have more responsibility for themselves.”

Both organizations said substance use is a coping mechanism for many.

“Kids at a younger age don’t have the capacity mentally to make those rational decisions, these informed decisions about their health and all of a sudden the wiring in their brain about being able to cope, reduce anxiety as well as experimenting joy and happiness … all of a sudden these wires are coated with cannabis use,” Vallerand said.

She said parents can help by setting good examples and having open and honest conversations.

“To be able to tell your kids, ‘Oh my God, I didn’t notice, but it’s been four days in a row that I’m having a wine glass of wine to unwind. Maybe there’s other ways. Do you want to go for a walk with me? Do you want to play a chess game with me?’” she said

Additionally, Drug Free Kids Canada has a parent support hub on its website that offers support when it comes to dealing with possible addictions among youth.

“So parents have access to 24-7 chat that is directed to a social worker who can help parents, who can direct them to some resources that we have on our website,” said Vallerand.