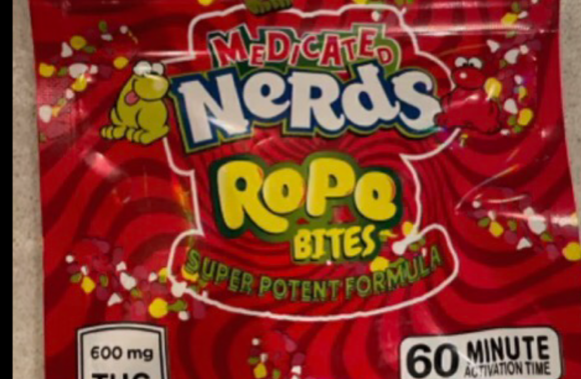 Winnipeg police are set to make an announcement Tuesday morning about multiple reports they say they’ve received of cannabis edibles being discovered in children’s Halloween goodies.

Police say the items, which were reported by parents whose kids were trick-or-treating in the south Tuxedo area, are labelled as “Medicated Nerds Rope Bites,” with a stamp on the label stating they contain 600 milligrams of THC.

We have received several reports that THC “Nerds” Candy was found in Halloween candy in South Tuxedo.
CHECK ALL OF YOUR CHILDREN’S HALLOWEEN CANDY! If you find this item call 204-986-6222 pic.twitter.com/qVldrXGS2I

The item pictured in an image provided by police is not legally available at licensed cannabis stores in Manitoba, as prohibitions set out in the federal Cannabis Act ban products that have an appearance that could appeal to young people.

According to the act, it’s prohibited to sell products that incorporate “colour, lettering or design that evokes a food product associated with young persons,” or to sell a product that evokes, including through similar branding elements “popular toys or games related to young persons, sporting equipment or candies, etc.”

Packaging for legal cannabis products also requires a standardized Canadian cannabis symbol — which does not appear on the image provided by police — as well as a bilingual health warning and associated product information.

Global News will stream the news conference, which begins at 11:30 a.m., on this page.