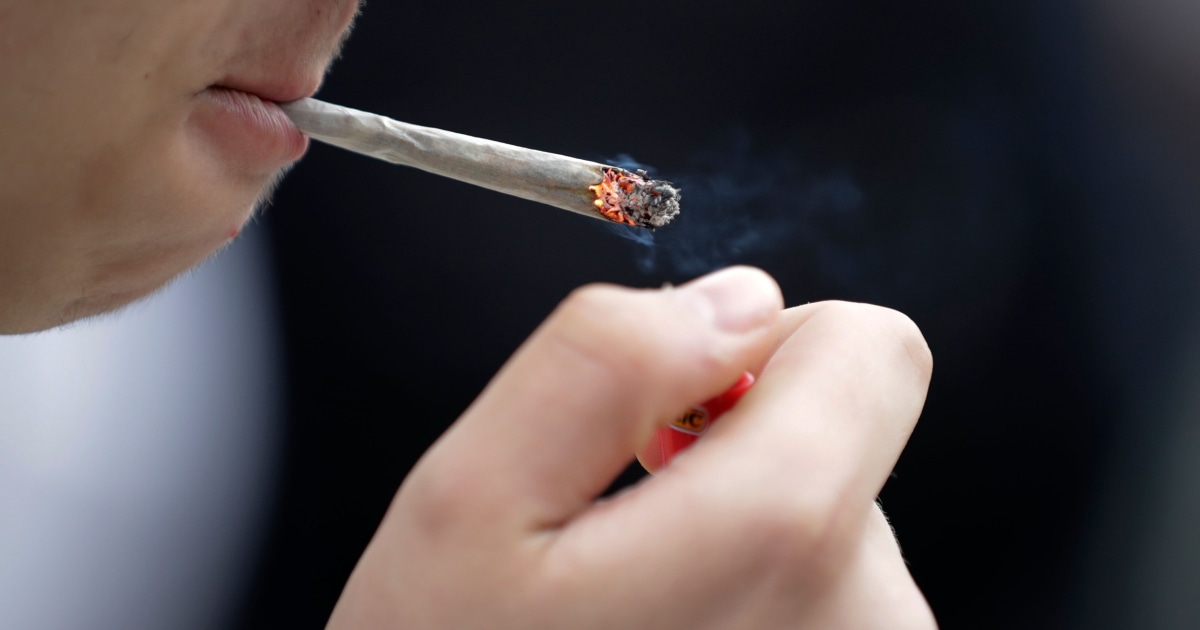 Teen use of marijuana may raise the risk of major depression and suicidal thoughts later in life, a new study suggests.

Researchers found that cannabis use during the teenage years was associated with a nearly 40 percent bump in the risk of depression and a 50 percent increase in the risk of suicidal thoughts in adulthood, according to the study, published Wednesday in JAMA Psychiatry.

Although the increased risk was only moderate, “given the large number of adolescents who smoke cannabis, the risk in the population becomes very big,” said the study’s lead author, Dr. Gabriella Gobbi, a professor and a psychiatrist at the McGill University Health Center in Montreal. “About 7 percent of depression is probably linked to the use of cannabis in adolescence, which translates into more than 400,000 cases.”

The study comes at a time when cannabis use continues to be high among teens. The latest data on adolescent use comes from the Monitoring the Future study, which says 14 percent of eighth graders, 32 percent of 10th graders and 43 percent of 12th graders report using cannabis at some point in their lives.

The new study is a reanalysis of previous research on cannabis use in teens and combines data from 11 studies that included a total of 23,317 adolescents who were followed through young adulthood.

The reanalysis of that pooled data finds that marijuana use before age 18 is associated with a risk of depression 1.4 times higher than those who did not use pot, and risk of suicidal thoughts 1.5 times higher. Those who used marijuana as teens were also 3.46 times more likely to attempt suicide compared with those who didn’t use cannabis as adolescents.

While the study doesn’t prove that the cannabis use caused depression, Gobbi told NBC News that her team was careful to only include studies in their analysis that had information on depression in teens before they had used marijuana.

“We considered only studies that controlled for [pre-existing] depression,” she said. “They were not depressed before using marijuana, so they probably weren’t using it to self-medicate.”

While not surprised by the new results, cannabis researcher Ryan Vandrey isn’t ready to say that cannabis in the teen years causes depression in young adulthood.

“We already know that adolescents who use cannabis, particularly the ones who initiate use at a younger age, tend to have other issues,” said Vandrey, an associate professor in the department of psychiatry and behavioral sciences at the Johns Hopkins School of Medicine. “But this highlights the importance of recognizing that adolescents who do initiate cannabis use are individuals who may need attention and additional care when it comes to mental health.”

Dr. Antoine Douaihy hopes that the new study will alert Americans to the fact that marijuana is not the benign herb that many currently believe it is. And that’s especially true for adolescents, said Douaihy, an addiction medicine specialist and a professor of psychiatry and medicine at the University of Pittsburgh School of Medicine.

“People have been underestimating the risk of teen pot use,” Douaihy said. “Up to age 22 or 23, we’re talking about a brain that is under construction. And cannabis use in those young people is potentially problematic. We already know it can impair attention, learning and memory. This study indicates that there is also the risk of major depression.”

Linda Carroll is a regular health contributor to NBC News and Reuters Health. She is coauthor of “The Concussion Crisis: Anatomy of a Silent Epidemic” and “Out of the Clouds: The Unlikely Horseman and the Unwanted Colt Who Conquered the Sport of Kings.”