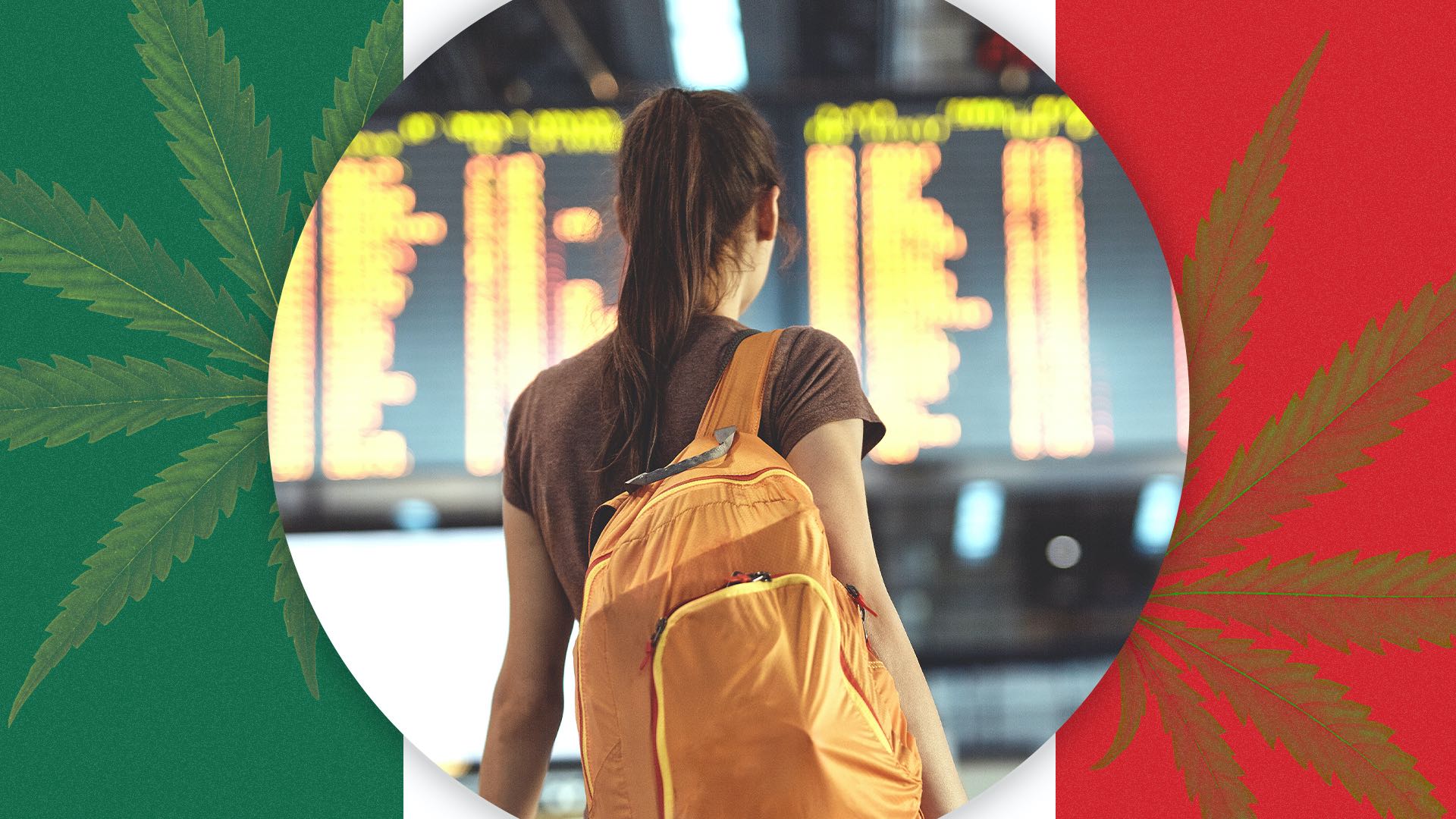 Personal possession of up to five grams of cannabis is now legal, in theory. And the pungent aroma of marijuana does seem to be more common as Mexico inches towards legalizing cannabis.

Legalization is still just a theory in Mexico. Here are some tips to stay safe and hassle-free.

But the failure of lawmakers to officially legalize means cannabis consumers in some places still face persecution and the possibility of police blackmail if they’re found in possession.

In other words, what the Supreme Court determines and what you may encounter in a face-to-face with a local cop are two different things.

Certain establishments from Tijuana to the Oaxacan coast have long tolerated the smoking of cannabis. Now, in light of the Supreme Court rulings, a growing number of Mexicans are smoking weed in public in cities—particularly zones understood to be safe from police, such as outside the Senate building in Mexico City, where a permanent smoke-up stationed itself in protest two years ago (and still continues today).

Unfortunately, much depends on where you stand in Mexico. Setting is everything.

Mexico has a new marijuana legalization bill. Here’s what’s in it

Know where you stand, literally

Legal rights organizations caution cannabis consumers that they are much more likely to be arrested for smoking cannabis in less privileged areas of any given state or city, as opposed to middle- and upper-class regions.

The organization Human Rights Watch has led international calls for the Mexican legislature to immediately decriminalize cannabis possession because of this persistent regulatory rigmarole.

Bringing cannabis into Mexico is largely unnecessary and highly illegal. Crossing any international border with weed is an ill-advised strategy, even if you’re transiting from a legal country like Canada.

Cannabis can easily grow outside in Mexico, and it can be procured on the street in a number of tourist-friendly towns and cities, such as San Cristóbal de la Casas, Oaxaca de Juárez and on the Riviera Maya.

Some larger cities now host a growing gray market of dispensaries, cafes, spas, massage studios, and even restaurants where you can purchase and smoke THC products. These businesses don’t advertise in the glossy tourist magazines, though, and discovering their location usually requires a one-on-one conversation with a 420-friendly local.

Mexico’s emerging gray market dispensaries tend to be known by word of mouth, although some advertise with varying degrees of surreptitiousness on social media. Dispensaries tend to distribute their menus via encrypted messaging platforms and are more likely to only deliver – with just those known to the owners able to visit the premises. Street dealers are likely to propose an inflated price in the first instance, and bartering is common.

In Mexico, cannabis can be insanely inexpensive. Prices begin at US$2.50 for 14 grams of flower. (Yes, that’s 18 cents per gram.)

But that’s only where prices begin. As the gray market evolves, so do prices. A growing number of boutique dispensaries and delivery services are starting to charge prices more in line with the U.S. and Canadian market, which means up to US$15 for a gram of a premium strain like Bubba Kush or Girl Scout Cookies. Why the high prices? Call it a quality import tariff. In an ironic historical flip, these premium packages of flower are often imported on the down-low from California.

To stay as safe as possible in public, it is advised to only smoke cannabis if you are in a large group including other Mexicans, or in a bar or establishment which clearly tolerates its use. Many of the stories of police persecution concern people caught by themselves, in small groups, or in places where cannabis consumption was considered inappropriate or offensive.

Rule #5: Cops can and will search you

Searches by police are not uncommon. Don’t be shocked if you’re searched upon entry to bars, or on streets in the early hours of the night, even in places considered more progressive and cosmopolitan.

If you’re found to be holding a small amount of weed, that inconvenient fact is usually settled through a mordida—literally, bite—which is a discretely paid little bribe of around 400 pesos (US$20).

There are claims that police may plant extra cannabis on a person they find in possession so they exceed the legal five-gram limit. Anecdotal reports indicate this tends to happen more to young and poor people who are considered more vulnerable, an unfair and unfortunate fact of life in Mexico as in so many countries.

Jail time for small-time cannabis possession is rare. Prison sentences are rarer still. In 2018, the last year for which there is public data, 11,000 people in Mexico were charged for the possession of less than 100g of cannabis—including 2,300 adolescents, with many thousands more undoubtedly apprehended by police and forced to pay bribes even for possession of very small amounts.

As a visitor to Mexico, temperament and cooperation tend to serve the cannabis consumer well in these situations. If you are an American, don’t be an ugly one.

More on Mexico and marijuana