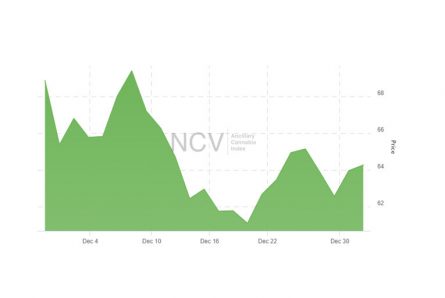 Following up on our discussion earlier this year about how cannabis investors have embraced publicly traded ancillary companies, New Cannabis Ventures launched its seventh proprietary index, the Ancillary Cannabis Index, at the end of March.

The index has declined 35.7% since its introduction at the end of March compared to the decline of 44.5% in the Global Cannabis Stock Index: 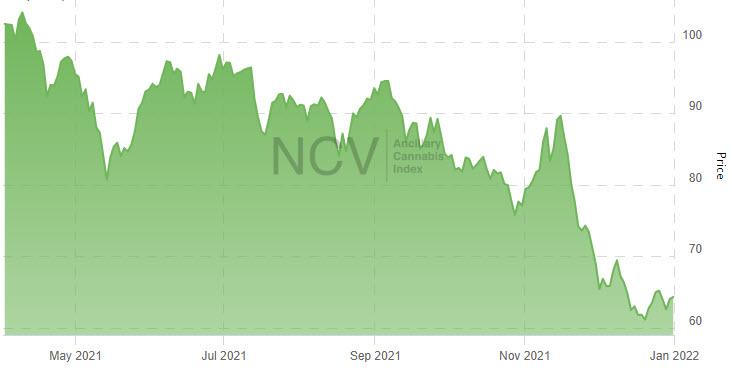 The Ancillary Cannabis Index includes companies that provide goods and services to cannabis operators. Initially, each qualifying company was required to trade at a minimum of $0.50 per share with a minimum average daily trading value of $500K at the time the index is rebalanced each month. At the end of October, we raised the minimum average daily trading value to $1 million. Additionally, members of the index must generate at least $1 million per quarter from its ancillary operations.

During December, the index included 12 members, with 2 posting double-digit gains and 2 declining by more than 20%, with a median return of -7.4%: 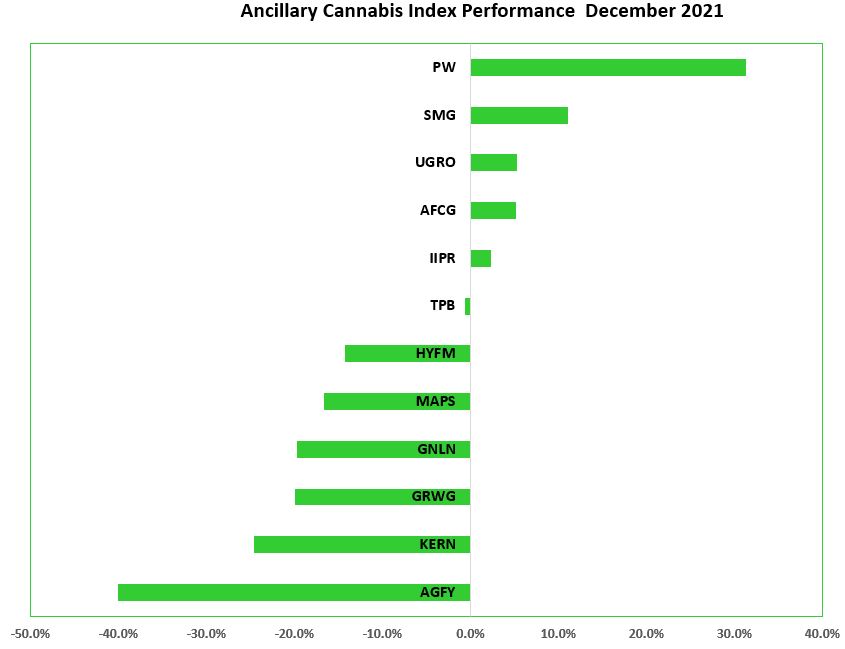 The three weakest names during November included Agrify (NASDAQ: AGFY), Akerna (NASDAQ: KERN) and GrowGeneration (NASDAQ: GRWG), which was among the worst performers in November as well. Agrify ended 8% below its IPO price from earlier this year. GrowGeneration fell 68% this year, while Akerna dropped 46%.

In the next monthly review, we will summarize the performance for January and discuss any additions or deletions. Be sure to bookmark the page to stay current on ancillary cannabis company stock price movements within the day or from day-to-day.