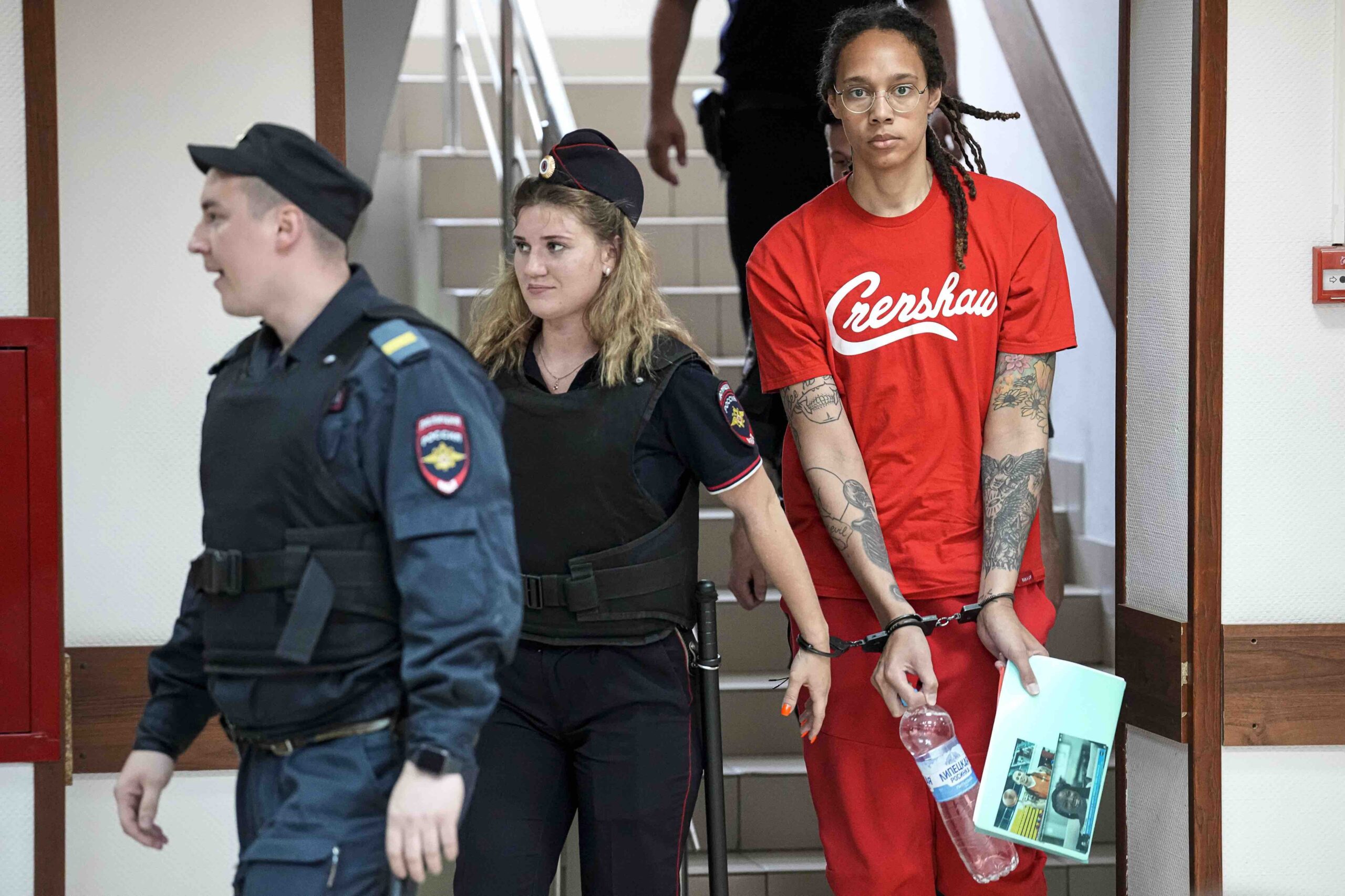 The President is reportedly open to releasing an imprisoned Russian arms dealer to bring the WNBA star home.

Britney Griner testified in Russian court today (July 27) to defend herself against allegations that she smuggled drugs into the country. The WNBA star and US Olympian has been in Russian custody since February 17, when officials allegedly found cannabis oil in her luggage at Moscow’s Sheremtyevo airport.

Earlier this month, Griner pled guilty and said she accidentally threw the cannabis oil in her bag while rushing to pack. She faces up to ten years in Russian prison for the charges. Her trial was adjourned because scheduled witnesses no-showed. Proceedings are back underway, but the trial could last until December.

Griner testified Wednesday that she never intended to bring cannabis into the country and still does not know how it got into her luggage. Griner also said she’s been prescribed medical marijuana to treat a knee injury. She was in Russia to play in a professional league during the WNBA offseason.

Griner told the court she did not understand documents she was pressured to sign by Russian officials after her arrest. She also said she did not have a lawyer when first detained and that she had to use Google Translate to seek an understanding of the documents.

Her defense lawyers argue that her rights were violated. Under Russian law, they say, Griner should have been told what she was suspected of doing. She also should have been given access to a defense attorney immediately, before being interrogated.

Her attorney, Alexander Boykov, said Wednesday that Griner’s detention, search and arrest were “improper.” He plans to elaborate in the coming weeks during the trial’s closing arguments.

In court today, Griner’s legal team “explained to the court that she knows and respects Russian laws and never intended to break them,” according to her other lawyer, Maria Blagovolina. Griner also told the court that she considers Ekaterinburg, Russia, a second home.

Tuesday, the defense called a narcologist to give expert testimony about how cannabis is used medically outside of Russia.

President Joe Biden and Vice President Kamala Harris spoke to Brittney’s wife, Cherrelle Griner, earlier this month to show their support. Cherelle Griner was “grateful” for the call, but said she will “remain concerned and outspoken” until her wife is free to come home. Griner was classified as wrongfully detained by Biden officials.

The Department of Justice mostly avoids prisoner trades. But Biden has the power to override their wishes. One common concern is that swaps incentivize countries to target Americans and use them as bargaining chips.

The Biden administration debated for months before agreeing to offer Viktor Bout, a Russian arms dealer sentenced to 25-year in US prison. The deal aimed to free Griner and former Marine Paul Whelan, who is being held on espionage charges.

CNN reports that an offer for Griner and Whelan was made in June. “We communicated a substantial offer that we believe could be successful based on a history of conversations with the Russians,” one official told CNN.

Earlier this year, the US negotiated the release of Trevor Reed, a former Marine who was held in Russia for over two years. Reed was traded for a Russian pilot who was serving 20 years for cocaine smuggling.

But just because Biden is open to offering Russian convicts to free Americans, that doesn’t mean Russia will accept the deal.

A senior Russian diplomat said “there are no formal or procedural reasons to talk about any further steps,” until Griner’s trial is over.

Yesterday, an American teacher named Marc Fogel was sentenced to 14 years for traveling into Russia with cannabis. While Fogel was caught with more weed than Griner (roughly 20 grams), his family is waiting for the US to declare him wrongfully detained.