Can Oakland save its cannabis companies, or will crime destroy the industry? - Read of Green 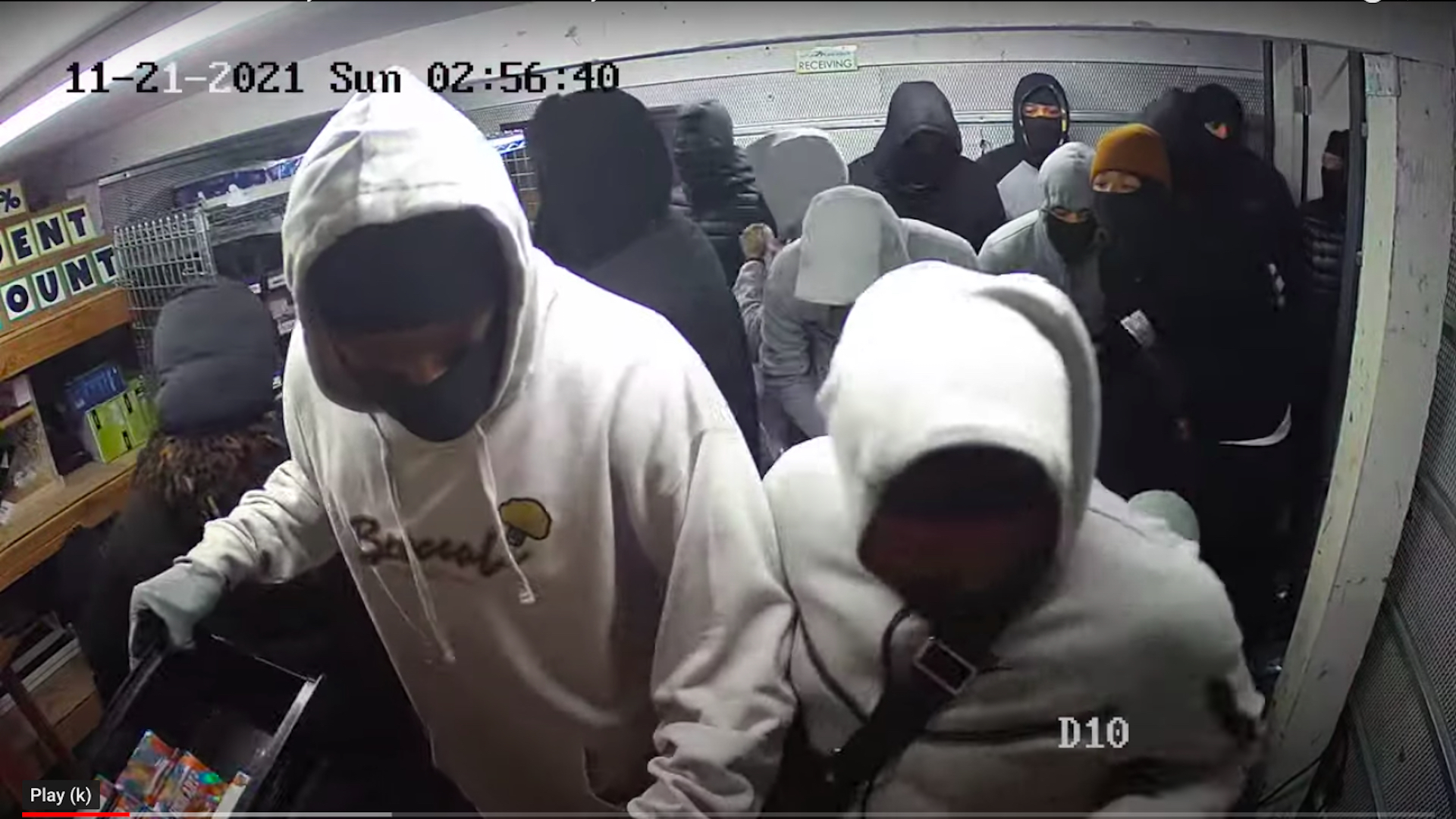 Once considered America’s cannabis capital, Oakland is in danger of losing that title in 2022. Legal weed companies, beset by unrelenting waves of crime and a hands-off approach by City Hall, are running out of patience. Some have already left the city. Others are thinking of departing. Some who once considered locating in Oakland have decided against it.

But Oakland operators appear to be bearing the brunt of it—with at least 25 burglary reports in a two-week period in November, and losses from a Thanksgiving break crime wave reportedly reaching about $5 million.

On the steps of Oakland City Hall Nov. 29, Oakland licensees demanded better policing, and tax relief in order to recover and upgrade their security equipment.

“We are here today because cannabis businesses in Oakland are under attack,” said Amber Senter, whose incubator, EquityWorks, was burglarized that weekend.

“Oakland is a hub for the US cannabis industry,” Senter added. “If this goes on, the city could end up losing that title.”

Tax relief in SF, less so in Oakland

In early December, San Francisco moved to support its legal cannabis industry by suspending a citywide weed tax that was scheduled to take effect in 2022.

“Cannabis businesses create good jobs for San Franciscans and provide safe, regulated products to their customers,” tweeted City Supervisor Rafael Mandelman. “Now is not the time to impose a new tax on small businesses that are just getting established and trying to compete with illicit operators.”

The armed burglaries continued in December. Oakland police report they are down 60 sworn officers, and unable to respond quickly. The police chief has reported 129 homicides, 600 shootings, nearly 2,500 robberies, and nearly 500 carjackings in Oakland so far in 2021.

Earlier this month, Oakland Mayor Libby Schaaf moved to double the number of officers on the city’s police force. But newly hired cops, if they can be recruited, will take months to deploy.

Meanwhile, licensed operators are bracing for more crime over the holiday break. The fear, frustration, and paranoia are palpable across town.

Robbing their own golden goose

Oakland helped invent the concept of medical marijuana, legal cannabis, and licensing and taxing it. That’s what makes this latest chapter for the industry so tragic.

“That’s how Oakland became a mecca of cannabis,” Amber Senter said, noting that actions like that were what drew so many weed businesses to the city.

Now she and others in the industry say, the business and safety climate is repelling companies. She warned that several cannabis companies are considering leaving town, and startups are hesitant to locate there because “incentives to operate in Oakland are few.”

Underground growers and dealers have long-been subject to robbery. As the state’s medical and adult-use industries came online, licensees experienced the same robbery attempts, with a twist.

In the pandemic era, legal cannabis ripping crews got much more organized.

In June of 2020, caravans of burglars hit dozens of businesses amid the protests over the killing of George Floyd. Coordinated theft rings took advantage of social unrest to rob an estimated 40 cannabis businesses on the West Coast.

Criminals refined the flash-robbery playbook in 2021.

On the weekend of Nov. 20—after the Kyle Rittenhouse acquittal verdict of Nov. 19—burglars ransacked at least 25 cannabis businesses in Oakland. They included distributors, manufacturers, and retailers. Security footage showed groups of masked men plundering warehouses and vandalizing stores.

The industry reports read like something out of the Wild West:

Victims also included participants in Oakland’s social equity program, which is designed to give a leg up to people who have been harmed by the War on Drugs, particularly people of color and those who have done jail time for weed. Those companies often operate on a shoestring, and might not even exist without the help of other companies donating space and other assistance to them.

Cannabis operators say it’s especially frustrating to experience such slow police response times, given the heavy and unequal tax burden they bear. Oakland cannabis companies paid the city $22.36 million in taxes over the past two years, the San Francisco Chronicle reports. And Oakland cannabis licensees pay a tax rate hundreds of times higher than any other type of business in the city.

Years ago, Oakland started with an extremely high, 10% gross receipts tax on cannabis businesses. Of every dollar that came in the door, a dime went to the city tax collector. That’s 417 times higher than Oakland’s tax on gun shops.

In 2019, Oakland lowered its weed tax by several points. Currently, the very smallest companies—those that bring in less than $500,000 a year—pay nothing in city cannabis tax. Rates vary for larger businesses, and are stepping downward. By next year they’ll range up to 5% of gross receipts—which is still 208 times higher than an Oakland gun store pays. Five percent is many businesses’ profit margin.

The City Council unanimously approved the 2019 reduction despite opposition from Mayor Libby Schaff, who warned about the fiscal impact on the city budget.

Given all the burglaries, taxes need to be lowered even more, or eliminated altogether, many cannabis executives say.

We found the city with the lowest weed tax in California

At Nov. 29’s news conference, Cookies Oakland dispensary owner Salwa Ibrahim called for a tax strike until the city seriously addresses the problem. It’s not yet clear how many operators have signed on with that idea.

Oakland City Councilmember Rebecca Kaplan has been harshly critical of both the police responses to the crime sprees and to what she sees as hostility toward the cannabis industry by both top police officials and Mayor Schaff.

Earlier this month, Kaplan proposed a measure to forgive or defer city loans to cannabis businesses, and give those businesses cash to help them better secure and fortify their front doors.

Kaplan called the mayor and police leaders of Oakland “right-wing,” at least in regard to their attitude toward legal cannabis.

As the council considers her ordinance, Kaplan is asking the city administration to treat cannabis like any other business, and for police to ensure that the industry gets adequate protection, which she says is woefully lacking.

“Oakland has a proud history in the cannabis movement,” Kaplan said. “These are legal, licensed, tax-paying entities and are fully deserving of equal protection of the law.”