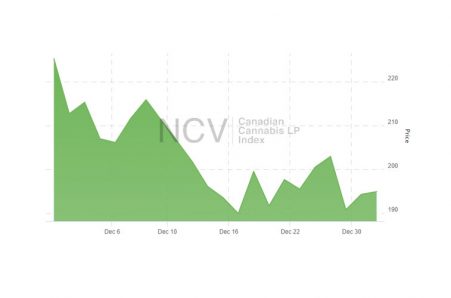 After retreating almost 27% in Q3, the Canadian Cannabis LP Index extended its losing streak to six months as it fell again in December, declining 13.5% to 194.95:

It remains substantially below the all-time closing high of 1314.33 in September 2018, just ahead of Canadian adult-use legalization. In March 2020, it posted a new multi-year closing low of 196.10, a level that had not been seen since late 2016, and it closed 0.6% below that level this month:

Among these largest LPs by revenue, HEXO was the worst performer, falling 38%, followed by Tilray’s decline of 31%. The best performing company was Village Farms, which fell 4.5%.

Among these companies, Valens saw the largest decline, 27%, while Indiva had the largest gain, 18%.

The returns for the overall sector varied greatly, with 3 names posting double-digit gains and 8 declining by more than 20%. The entire group posted a median return of -16.6%: 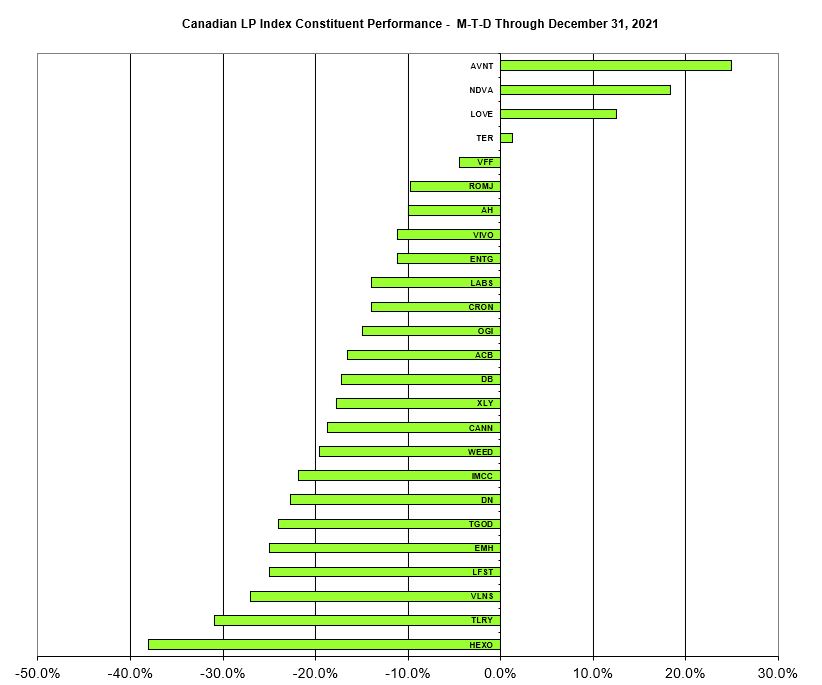 For January, the overall index will have 24 constituents, as Village Farms has delisted from the TSX.

In the next monthly review, we will summarize the performance for January and discuss any additions or deletions. Be sure to bookmark the pages to stay current on LP stock price movements within the day or from day-to-day.