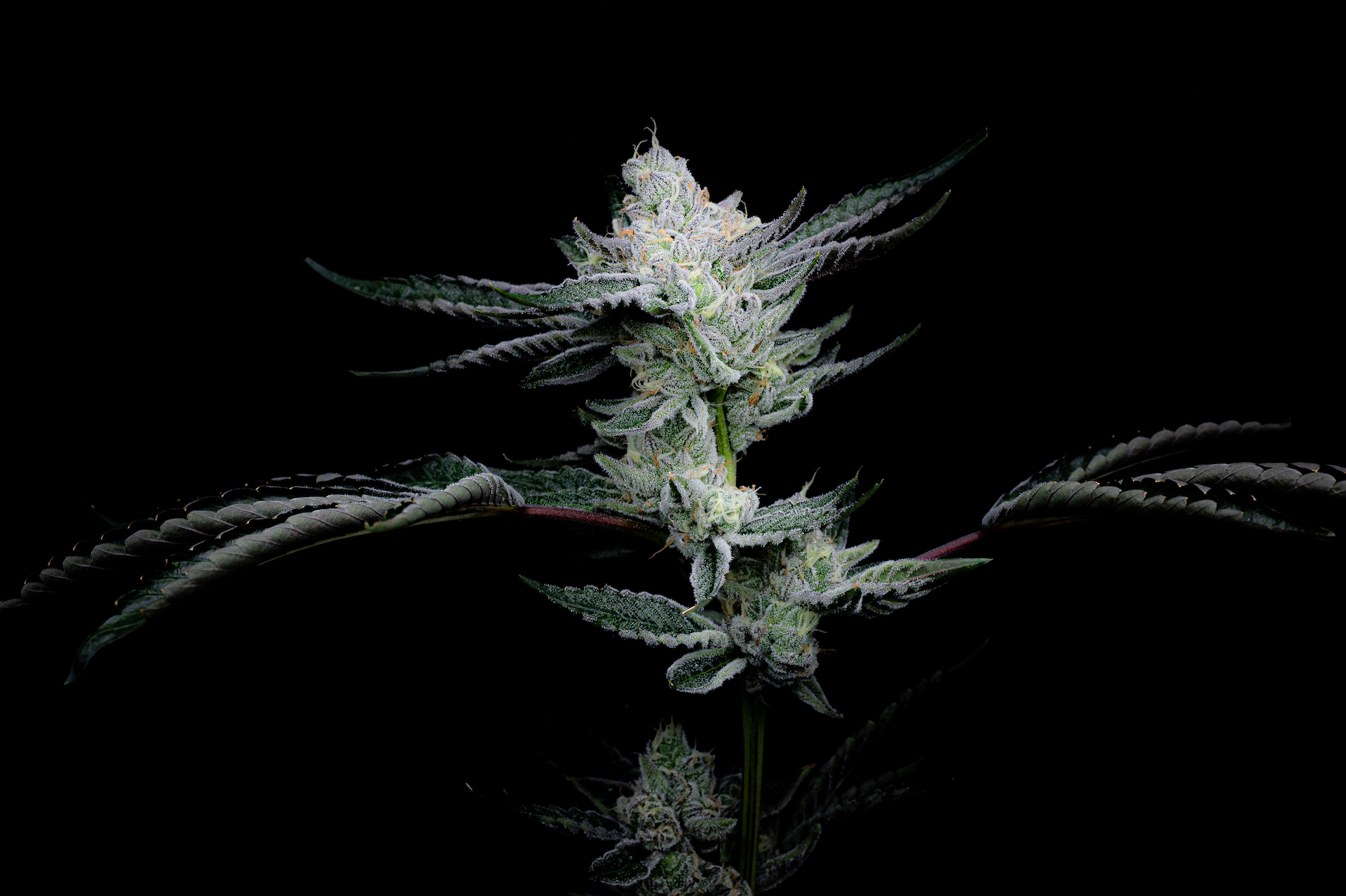 Maybe it was a pandemic, or maybe we were just caked up on the strongest, funkiest, fire tree ever grown, but, wow, 2021 went by in the blink of an eye.

Only in hindsight can you make sense of the 16 US pot contests in 12 months. Judges threw down, sorting the bammer from the zaza so you don’t have to.

Like Leafly reported last year, many long-standing industry events still haven’t returned to their pre-pandemic glory. Promoters want to make sure everyone is safe, and a couple thousand people seshing in an enclosed space isn’t exactly safe again. But, thankfully, the cannabis community stayed nimble and innovative when it comes to working with and around health orders.

Many classic cannabis competitions went off this year, even expanding to new states and putting emerging brands—both craft and commercial—on the radar for new consumers and OGs alike.

As the holidays and their possibilities come into focus, here are our favorite cannabis cup 2021 winners from coast to coast, and where to get your (sanitized) hands on them.

Despite a harrowing year of fires and the looming threat that new state-level taxation will have on craft, equity, and legacy farms, the Golden State still proved their pot is unparalleled.

Blessed with 40 million people and the cannabis industry’s heartland, Humboldt, California hosted a slew of pot contests to find the greats: The Emerald Cup, a NorCal High Times Cannabis Cup, The Grow-Off, plus Weedcon and The 710 Cup.

The pandemic changed up The Emerald Cup’s format. The 2020 growing season’s winners were announced in April 2021, including Redwood Remedies’ Sour Tangie and Connected’s Gelonade. California growers and manufacturers enter now for the awards in early 2022.

The return of the NorCal Cannabis Cup didn’t disappoint, because NorCal growers would never let it. Some of the best buds in the state include:

High Times events director Mark Kazinec is elated they were able to host their eponymous Cannabis Cups in seven states plus the national Hemp Cup this year, maintaining the “People’s Choice” format they adopted in 2020.

“It’s been great,” he says. “This People’s Choice model is way more democratized; it opens the judging up to a pool that is 10 times the size of what we used to do. …we’re hoping the world is very, very clean and safe next year, and we’ll get back to events as soon as we can.” Pennsylvania, you could be next!

The Grow-Off, a cultivator’s competition started in Colorado to see who in the state could grow the best version of the same clone, had two Cali showdowns for commercial and craft renditions of Hella Jelly (Very Cherry x Notorious THC). Humboldt-based boutique Fenario Farms won for both cannabinoids and terpene content.

WEEDCON proved you can win big even without the year’s most popular genetics in your nursery. The best flowers on the best coast were:

They even had a sun-grown category, where DewPoint’s London Pound Cake seized gold.

And if you’re so high you can’t roll, the Papaya Sunset Hashish preroll by Axiom Hash was dubbed the best “Exotic” pre-roll.

Want more extracts? The same connoisseurs behind the impending Farmer’s Cup hosted the 710 Cup earlier in the year to spotlight the best dabs made every which way; you can go the cured route with the XJ13 batter by Blessed Extracts, get live with the flavorful, aromatic Errl Hill’s Forbidden Cookies, or (as I always recommend) stick with solventless in the form of Paradox’s Papaya Bomb.

Oregon rounded out the West Coast’s return to judging hella fire weed with its Growers Cup, which is all the more impressive when you remember the whole region was on fire for months. Winners for flowers spanned the terpene spectrum, with:

Buy these winning Oregon brands near you:

I’m calling it now, 2022 will be the year sun-grown flower gets its proper due. The Washington Sungrowers Industry Association’s fourth annual Sun Cup showcased the best buds grown under the sun, even with an extended fire season. CannaSol took first place once again with Blackberry Kush, while Kina THC’s In the Pines won for Light Dep, and Eagle Trees’ Royal AC-DC showed out for CBD-rich flower. Other categories include best vapes, concentrates, tinctures, and topicals.

Shop these winning Washington brands near you:

Colorado’s Connoisseur Cup in April pointed locals at the goodness in 2021. A series of seven qualifiers led to a final in April. Natty Rems remains the brand to watch after wins for:

Dabbing 101: What is cannabis dabbing and how do dabs work?

High Times’ Kazinec tells me the Michigan People’s Choice Cannabis Cup was one for the books: “Michigan has a really amazing community, they have really great roots, and they focus on cannabis culture and art. It’s one of our best competitions that we have, and they’re pumping out fire, you know, year after year.”

Case in point: LocalGrove stole the show with stony smokes Mac 1 and Runtz, winning in the indica, hybrid, and both flower and preroll medical categories. Heavyweight Heads and their tangy Orangutan took the Sativa crown.

The Grow-Off also came to Michigan in 2021, part of a five-state countrywide expansion to include Colorado, California, Michigan, Massachusetts, and Oklahoma.

“This is the best competition,” CEO Samantha Taylor says. “We selected these markets because Oklahoma, Massachusetts, and Michigan were three areas where growers were hounding us like, ‘we want to compete!’ We wanted the opportunity for them to show what they can do to have the bragging rights of finishing like what I think is the hardest competition out there.”

Like the New England Harvest Cup website says, “New England is Green!” With multiple states having legalized cannabis medically, recreationally, or both, it was high time this region stopped playing it old school. Massachusetts has emerged as the de-facto epicenter for events, hosting four different cannabis competitions:

Harvest Cup Founder & Director of Operations Jeremy Borjeson was inspired by his years attending the Emerald Cup when he lived in Santa Rosa.

“This year, we had more than we’ve ever had…167 total entries over 12 categories. My goal has really been to find the best product, the best product makers, and the best growers. And I think I’ve succeeded so far doing that,” he says.

Like its NorCal inspiration, Borjeson’s Harvest Cup showcases not just flowers, but the most creative cannabis creations in the region. It’s no surprise a Runtz variety, House of Cultivar’s Designer Runtz, took the indica crown, and City Slickers Genetics clinched victory with Pineapple Citrus for sativa.

No one else in the MA Cultivator’s Cup came close to beating Bountiful Farms, whose entries Pina Grande and Secret Formula won almost every category and placed among all the runners up. Theory Wellness won Best Visual with Dosidos, which we named Strain of the Year.

Bountiful Farms’ General Manager of Cultivation, Zach Taylor, is stoked to say the least, telling me, “We recently had our one-year anniversary, and it’s pretty surreal to see how far we’ve come and how much we’ve grown in such a short period of time.” Their big winner, Pina Grande, came from a 4,000-seed hunt for The One. “It’s been so great to see the industry in Massachusetts coming into its own,” Taylor says.

Funnily enough, the biggest winners in Arizona come from a small craft brand from California. Alien Labs nearly monopolized the flower categories, winning both the indica and sativa categories with their Kryptochronic and Melonade strains, as well as the preroll category with a rendition of Gelato 41; as we’ve investigated before, their joints are pretty fire. Connected’s Gushers took the hybrid flower crown, with two companies, Aeriz and Shango x True Harvest, taking all the runners-up slots for flower.

For the second year in a row, Revolution Cannabis stayed on top of the flower game with winning strains Mac & Cheese (a Spicy Papaya Cut), and Blueberry Clementine, which also won for concentrates. Triple Seven proved with their Rainbow Runtz win that the hottest strain of ain’t going anywhere. Bedford Grow’s gummy and non-gummy edibles game was on point with dual wins thanks to caramels and Strawberry Lemonade Gems.

The Oklahoma cannabis industry’s uniquely low barriers to entry mean this Cannabis Cup was one of the most varied and wild yet. A West Coast favorite, Wedding Crasher (by Gas Giant) won for Indicas, with F5 Farms’ Tropic Runts coming out on top for sativas, and Oreoz by Phresh Harvest for hybrids. Oklahoma had both solvent and solventless dab winners, most notably the DK Smash Live Rosin Batter by Cicada Labs x Jubel Exotics.

We may never host events—cannabis or otherwise—the same way again, but our sources are pretty okay with that. These events, some new and some old, are emerging and returning with a bang in 2022.

It’s official: The CA State Fair Cannabis Competition and Awards are a real thing, slated for May 2022. It’s not too late to enter!

Leave all the dabs, vapes, and gummies at the door. This California competition is flower only!

A boutique flower cup with industry judges pops up in winter/spring in San Francisco.

The empire state is finally on the bandwagon and bringing their own Harvest Cup to 2022.

Starting in October, the Connoisseur Cup is a marathon competition, as growers must pass multiple rounds of blind judging over seven months. Stay tuned for results in April!