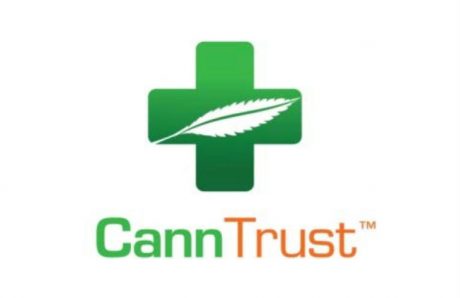 VAUGHAN, ON, Jan. 6, 2022 /PRNewswire/ – CannTrust Holdings Inc. (“CannTrust” or the “Company”) (unlisted) today announced that its Fourth Amended & Restated Plan of Compromise, Arrangement and Reorganization dated July 7, 2021 (the “CCAA Plan”) has been implemented. The implementation of the CCAA Plan follows its approval by the Ontario Superior Court of Justice on July 16, 2021 and the approval of the US class action settlement by the United States District Court Southern District of New York on December 2, 2021. Amongst other steps, the Company has contributed $50 million to a trust established to facilitate the class action settlements in full satisfaction of the actions against it and $2.7 million in trust for settlement of various claims under its CCAA proceedings.

As planned, upon the implementation of the CCAA plan, four Directors of the Company resigned from the Board of Directors with immediate effect. CannTrust has accepted resignations from Chairman of the Board Robert Marcovitch, along with Directors Mitchell Sanders, Mark Dawber and Shawna Page. The Company thanks each Director for their contribution to the Company and wishes them every success in their future endeavors.

Notwithstanding the significant progress made by the CannTrust Group in these proceedings, including successfully obtaining the reinstatement of its licences from Health Canada, restructuring its operations, resuming production and processing operations, reaching key settlements, and the development, approval and sanction of the CCAA Plan, the Canadian cannabis industry generally, and the CannTrust Group specifically, have faced challenges. As a result, the CannTrust Group does not have sufficient liquidity to operate beyond the near term.

CannTrust is in default of the minimum EBITDA covenant under its DIP loan. The DIP lender has not agreed to waive the default although it continues to advance funds under the facility.

Despite the implementation of the CCAA Plan, CannTrust’s CCAA proceedings are continuing to facilitate further discussions with potential investors and strategic partners, and to develop an orderly wind-down plan to maximize the value of its assets in the event that a financing or strategic transaction option cannot be finalized. The Company’s current stay period extends to January 31, 2022. For more information about CannTrust’s CCAA proceedings, please visit: www.ey.com/ca/canntrust.

CannTrust is a federally regulated licensed cannabis producer. We are proudly Canadian, operating a portfolio of brands including estora, Liiv, Synr.g and XSCAPE, specifically designed to surprise and delight patients and consumers.

At CannTrust, we are committed to providing an exceptional customer experience, as well as consistent and quality products through standardized processes. Our greenhouse produces Grade A cannabis flower, with products currently being sold in dried flower, pre-roll, vape, oil drops and capsule formats. Founded in 2013, our continued success in the medical cannabis market and subsequent expansion into the recreational business, led to us being named Licensed Producer of the Year at the Canadian Cannabis Awards 2018.

CannTrust is committed to research and innovation, investing in developing technologies for new products in the medical, recreational, and wellness markets, while contributing to the growing body of evidence-based research regarding the use and efficacy of cannabis.