Drizly Spinoff Lantern Has $40M in Funding and Plans to Light the... - Read of Green 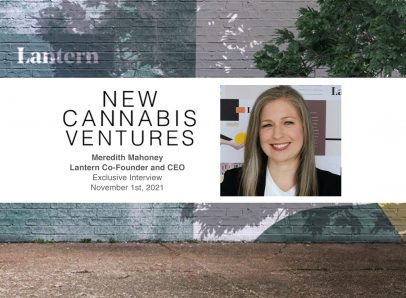 Cannabis ecommerce company Lantern was recently spun off from alcohol delivery platform Drizly. Drizly, acquired for approximately $1.1 billion by Uber, provided Lantern with $40 million in capital as a part of its independent launch. Co-Founder and CEO Meredith Mahoney spoke with New Cannabis Ventures about the features of Lantern’s marketplace and delivery platform, the company’s market reach and plans for its funding. The audio of the entire conversation is available at the end of this written summary.

Mahoney co-founded the company with Justin Robinson, who also co-founded Drizly. Mahoney comes from a background in direct-to-consumer ecommerce. She has worked in categories like beauty, furniture and apparel before coming to the cannabis sector. She is interested in understanding the consumer journey, and cannabis presents an interesting challenge on that front.

Robinson has a deep background in technology and the regulatory landscape. The Lantern team is also supported by people with experience in product, industry affairs and equity partnerships.

The Lantern platform connects patients and consumers to dispensaries. Dispensaries are able to feed their menus into the Lantern site. Then, customers shop in a marketplace first, rather than a specific dispensary first. They are able to enter their address and browse the products that can be delivered to them. The goal is to create a familiar shopping experience.

Because buying cannabis is still very different than buying other consumer products, the Lantern platform is infused with education and data points to help customers as they build their carts. Delivery is either handled by a dispensary employee or a third-party courier service, depending on the market.

In the previous sectors Mahoney worked, she was accustomed to targeting a specific demographic. In cannabis, consumer demographics vary widely. Right now, the typical Lantern customer is used to shopping online and using delivery services.

As the company moves forward, it will be looking for ways to innovate and build new features on top of its existing platform. The Lantern team is developing tools to enable discovery and personalization, helping the platform to get to know shoppers over time and match them with products.

Lantern is working with approximately 20 dispensaries across about seven cities. The company began operations in Boston in July, and this city is its largest market. Lantern also operates in cities like Detroit and Aurora, Colorado. It is in the process of laying the groundwork to enter New Jersey.

The company will largely be focused on the East Coast over the next few years. There are other companies on the West Coast providing a service similar to Lantern’s, according to Mahoney. Lantern will stay focused on East Coast opportunities like New York.

Lantern just launched a social equity incubator in New Jersey, which is its typical first step into a new market. Social equity initiatives need to be central to all business initiatives, and this strategy is working for Lantern, according to Mahoney. As it works to enter a new state, the team gets to know advocates in the social equity community, the veterans’ community and the women-led business community. They also build relationships with attorneys and regulators. Lantern wants to be welcomed with open arms when it goes into a new market.

While there are companies offering services similar to Lantern’s, the company does not have any direct competitors, according to Mahoney. Instead, the platform is competing for a share of the cannabis consumer’s wallet. The company is hoping to attract customers that have traditionally gone to brick and mortar stores to shop for cannabis. The platform is not aiming to take those dollars away from dispensaries. Rather, it is hoping to increase the customer’s overall value for both Lantern and its dispensary partners. Customers who shop in an omnichannel way (online and in stores) tend to spend more money and have a higher lifetime value, according to Mahoney.

With the $40 million in capital from Drizly, Lantern has plenty of runway to fund its plans, including adding to the team, product building and going deeper into its markets. In the long term, M&A and moving faster in certain states may be of interest.

While the company does not need capital right now, the Lantern team is staying in close touch with key cannabis tech investors. The company is also staying in contact with other cannabis tech CEOs. Though Lantern may be competing with those companies, it will likely also work with other tech players in some form, according to Mahoney.

When she thinks about future fundraising, Mahoney hopes to see investors that really understand technology and have a mix of plant-touching and ancillary investments. Investors with portfolios with a track record of success, whether through acquisitions or IPOs, would also be attractive. Mahoney wants future investors to bring something to the table.

Lantern just got started in July, but it is achieving strong month-over-month growth, according to Mahoney. As the company moves forward, customer lifetime value is one of its most important metrics. Tracking how a customer engages with the platform after their first purchase (how often they are buying and the dollar amount spent) signals that the company is doing something right.

Like any other company in the cannabis business, Lantern has to contend with the challenges of the regulatory landscape. But, Mahoney is excited about bringing more consumers to the Lantern platform and expanding the company. She believes Lantern has the capital and the runway to be influential in the cannabis industry.

To learn more, visit the Lantern website. Listen to the entire interview: