Get funky with GMO Cookies—August's Leafly HighLight - Read of Green 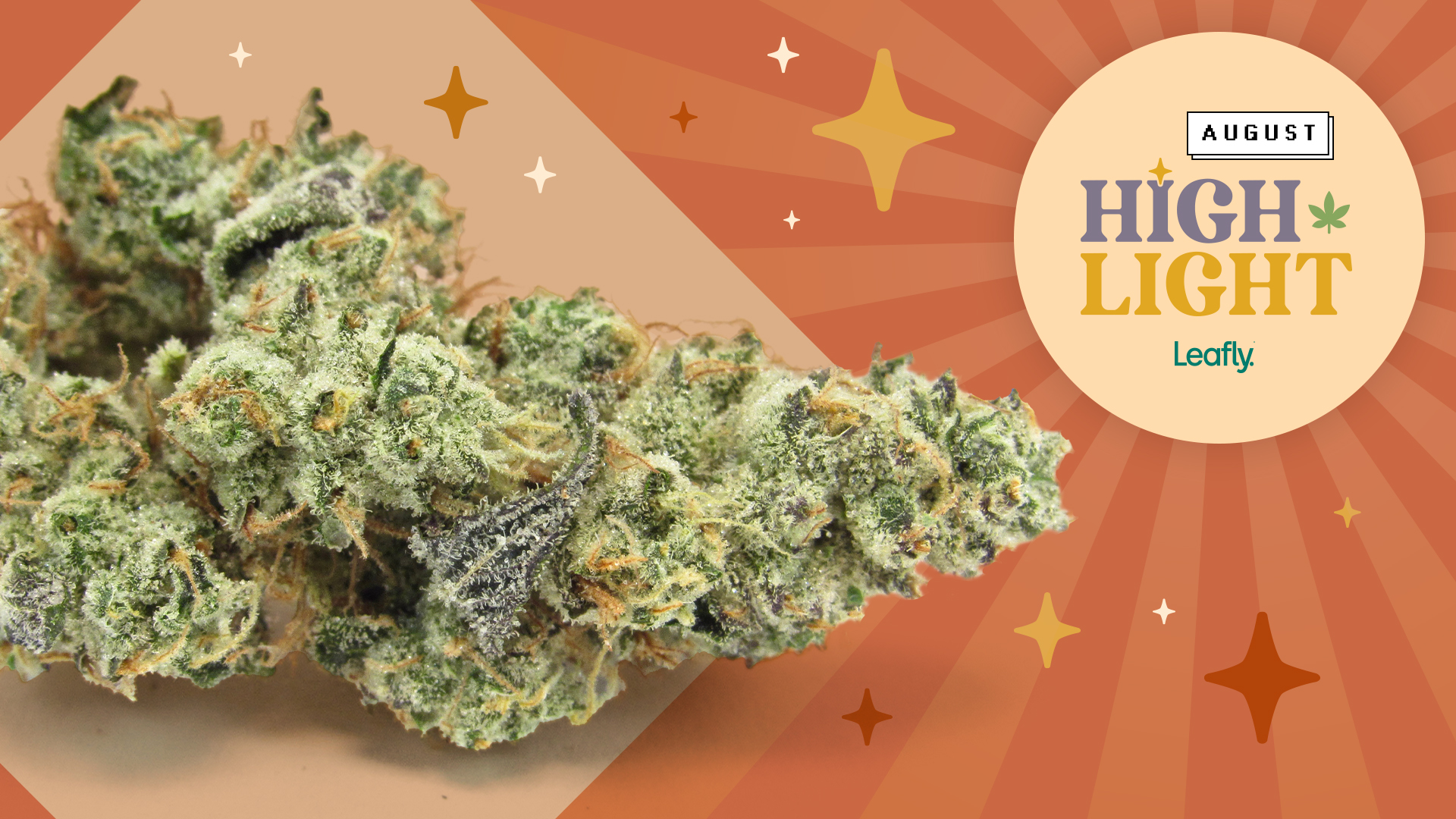 This August, Leafly invites you to savor the sabor of cannabis. You know that flavor. Not just cake, cookie, or fruit. Dig down deeper. We’re talking funk.

Bored with the blueberry of Blue Dream, or the icing on Ice Cream Cake, sometimes you want to get weird. Pungent. Naughty. Get thee into a jar of GMO Cookies.

August’s Leafly HighLight ranks as the stankiest top 40 strain in the US’ $25 billion weed industry. It sits above Chemdawg, and way beyond Cheese. Only Diesel or Glue approach GMO in outright loudness.

GMO Cookies descends from the mythical Chemdawg crossed with game-changing GSC (aka Girl Scout Cookies, but we don’t say that name). We just say GMO now, and weed heads nod in approval. It averages 4.7/5 stars after 704 reviews.

First reviewed on Leafly in 2018—you can now find GMO in every corner of America in 2022. GMO flower sells high and low in carts, pods, pre-rolls, and infused joints. Live rosin grams of GMO crosses can go for $100, and look like mind-bending, clarified gold.

And yet we dive in by the legion. Why? Because GMO proves powerfully therapeutic for body and soul, reviewers report. I mean, why do people eat blue cheese, or take tequila body shots, or order the Flamin’ Hot Cool Ranch Doritos Locos Tacos from Taco Bell? Danger arouses us.

Good things to do on GMO? It depends on who you are. Leafly reviewers tend to get relaxed, sleepy, and euphoric, but beware—GMO can rock a novice. The high THC can get the heart going, make them dizzy, and elicit anxiety.

Seasoned smokers wield GMO as a daytime tool and a nighttime hobby. Reviewers noted it helped them with mood issues, body pain, spasms, and migraines. Long-time smokers get classically stoned on GMO—spaced out but also zoned in on a task. Alien Labs’ Ted Lidie once told me, “GMO gets me high in the exact way I want to get high.”

GMO runs the gamut of price points. Fields of outdoor and greenhouse GMO come in crazy cheap for how terpy they are. At the apex of cannabis, LA’s Jungle Boys sold me Han Solo—GMO x Larry OG for a sane price, and it slaps. The strain also dumps tons of hash, making for a dabber’s delight. Ball out, or budget—GMO has got you.

Shout out to Spanish breeder Mamiko Seeds for GMO. The seed packs went out as “Chem D x GSC.” Breeder Skunk Master Flex at Skunk House Genetics germinated a winning seed, and named her GMO Cookies—referring to a news item about transgenic dessert, but also how the strain grew weird: like scientists modified it.

Chemdawg and GSC have spawned so many award-winning cultivars. Amongst them, GMO took a 2021 trophy for Best Smokeability, as well as 2nd overall in the San Diego Cannabis Farmers Market’s People’s Choice. GMO also took 4th and 7th in The Emerald Cup 2019—the toughest competition out there.

GMO emits the terp profile of dank, and we’re still studying it. Lab samples labeled GMO tested high in the terps caryophyllene, limonene, and myrcene. That says zaza and sleepy to me. It’s no surprise a wallop of THC and caryophyllene proves so efficacious—they’re the bedrock combo of modern medical cannabis. It’s like saying DJ Diplo excels when he drops that beat. Duh. GMO understands the assignment.

Other HighLights this August

Can’t sniff out our HighLight? You needn’t fake the funk. Here are three more similar flavors and effects new and old.

GMO gets it on with Grape Pie in Slap N Tickle—breeder Cannarado’s contribution to the GMO movement in 2022. Thick, beautiful, and pungent—it’s a grower’s and smoker’s favorite from Freddy’s Fuego in Washington (they call it Big Baby), to Theory Wellness in Massachusetts. GMO adds its slap to Grape Pie’s cherry and grape dessert tickle. Expect munchies and couchlock, so plan accordingly.

Follow GMO to its daddy—Chemdawg—for another hit of biting flavor and intense effects. Before OG Kush or Diesel, the mythical Chem reigned. It’s for people who like sniffing gas fumes and relaxing with Ryan Gosling’s brutal “The Gray Man.” High-THC and on the energizing side—this dog bites.

Before Chemdawg, stoners had Cheese and UK Cheese. Both are types of Skunk #1—one of the headwaters of modern cannabis. If you ever grew Cheese, you remember. Girlfriends gave ultimatums: “Cheese or me.” Cheese still pops up on its own and in crosses like Compound Genetics’ new Rainbow Cheddar (Zkittlez x Cheese). The effects hit in the middle of the spectrum—hungry, sleepy, and giggly. If you see Cheese, never skip a whiff.

And that’s the Leafly HighLight for August 2022. Embrace the funk and see you next month.

to select one cultivar worthy of special attention. Leafly HighLight.

Read past Leafly HighLights of 2022.