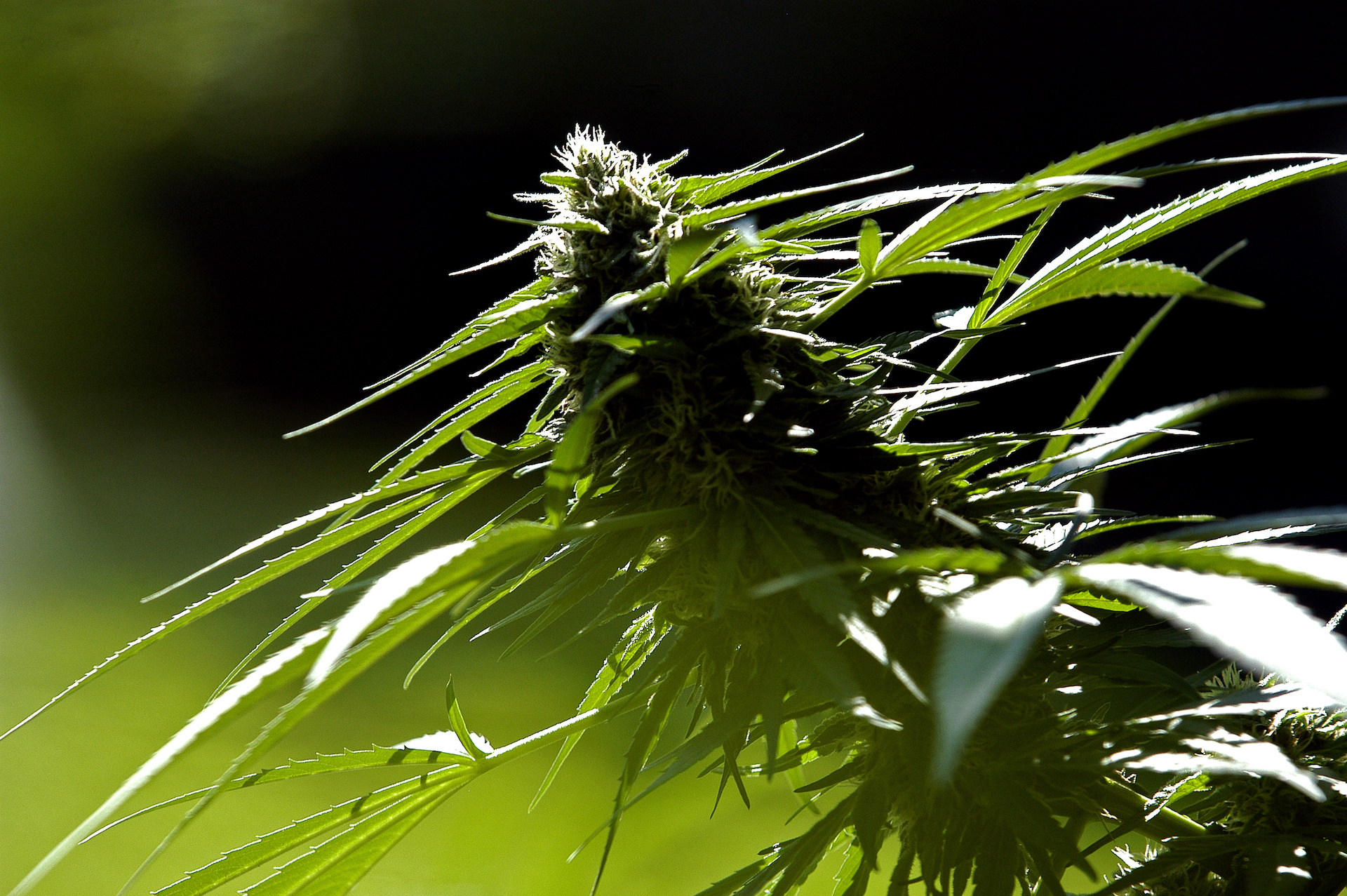 Like many of us at the beginning of the pandemic, Isadore Day, former Ontario Regional Chief and Indigenous entrepreneur, was looking to do something with all his spare time. In addition to co-founding Red Market Brands, which just launched their first strains, Miigwetch and Chi Miigwetch, and running his consulting business Bimaadzwi, Day decided to do something he had never done before—grow cannabis at home.

Before he built a backyard greenhouse with his eldest son Keegan, Day hadn’t had much of a relationship with cannabis. In an interview with Leafly, Day shared that despite working on the policy side of cannabis, it had been roughly 30 years since he’d consumed the plant. He realized that in order to truly understand cannabis and its potential—both personally, and professionally—he would have to grow some weed.

Connecting with cannabis in a meaningful way

The greenhouse was a father-son project that yielded 11-foot cannabis plants and some unexpected learning experiences. Day and his son built the structure from the ground up, a DIY home project to spice up the isolation of pandemic life.

Although Day hadn’t consumed cannabis for decades, he did have a long career in politics working on the policy side of the plant. Now that those days are over, Day wanted to connect with cannabis in a different way.

“I knew it would be better if I grew the plant, understood it, and established a relationship with cannabis itself,” says Day during a video call.

“Cannabis has so many different dimensions, dynamics sequences, colours, taste smells, everything to it. I was learning about something different every day. During a global crisis? That right there gave me an opportunity to broaden my perspective on a lot of different things.”

The first thing he learned? That his son knows way more than he does about cannabis.

They did everything themselves, erecting the greenhouse, germinating the seeds, carefully cultivating the plants. When the plants outgrew the original structure, they added panels and improved airflow to give them the space they needed.

“What you put into it, that’s what you’re going to get out of it,” explains Day.

“It was unreal, 11-foot plants. It’s because of the time and care that we took, you know, using the right type of organic nutrients, making sure that they’re watered every day. Then there were times where we had to troubleshoot; there’s a little bug there, a bite mark on a leaf, we had to figure out how to keep the pests out too.”

Watching his son in his element was exciting for Day. Keegan was the authority and he enjoyed the role reversal, letting his son take the reins. “I watched him, he watched me, and we both grew together, right alongside our plants,” he says.

It was in that greenhouse that they built together, that Day had one of the most profound natural experiences of his life. Sitting in front of his plants, Day describes experiencing an enveloping feeling of pure bliss.

“It was like I could feel the life force in that greenhouse. Cannabis was everywhere, I could feel the energy in there. I felt really good about what I was doing, I had this deep feeling that I was on the right path,” says Day.

Growing cannabis has helped Day overcome his own hesitancy and stigma around consumption. He came from an abstinence mindset, which caused friction with his sons back in the day.

“When my teenage sons were doing what teen boys do and experimenting, I was like ‘no, that is the opposite of what you should be doing,’ which was counterproductive,” shares Day. “Maybe it would have been better if my sons were smoking versus drinking alcohol, which I will always say is the best way to go now. But I didn’t see that back then.”

Cultivating cannabis has helped Day destigmatize it in the most intimate level of his life—his family. The greenhouse project with his son helped him understand cannabis on a different level, it also deepened his connection to his family. Now, he’s completely incorporating his children into the many aspects of his businesses.

“Cannabis, when applied properly, has a lot of really good impacts for me. It has helped me open up the relationships in my family a little more,” shares Day. “Through the lens of cannabis, I saw the world in a very open way. And with those barriers of perception removed, I saw the plant in an entirely new way. Cannabis became a legitimate discussion.”

The pair didn’t do a greenhouse this past season, but Keegan remains a pillar of knowledge for Day on all things cannabis-related. He shares that Keegan makes sure Day is always stocked with “the good stuff” and knows which doses and formulations work best. When he spoke of Keegan’s work ethic and knowledge base, the pride of a loving father was visible on his face.

“Cannabis has brought our family together in a lot of ways, and it’s actually helped, you know, strengthen our relationships,” says Day. “But also, it helps in such a demanding marketplace to work with my children. Family businesses work together, succeed together, and we thrive together.”

Indigenous Sovereignty in the cannabis industry

In his community, cannabis was accepted as a harm reduction tool for those dealing with the intergenerational effects of colonialism. For Day, the cannabis industry is a path to economic reconciliation and Indigenous Sovereignty.

“There is a foundational element of multi-generational trauma from the residential school era, [affecting] communities, families, and people on the individual level. People moved away from alcohol and would move to cannabis because cannabis has a very different effect than alcohol.”

Day shares that sovereignty for Indigenous folks in the cannabis space can be an important part of the Land Back movement. “It’s all part of coming back to the land. To be able to work with that seed, germinate it, cultivate it, all in a way that brings equilibrium and wellbeing back to Indigenous communities across Canada.”

“Let’s talk about Land Back. You’re hearing a lot about how our people have been affected by colonial systems and the Indian Act. The apartheid of Canada, economic deprivation, lack of control of lands dispossession of lands. Now we’re looking at Land Back.”

Day and his family are helping to destigmatize cannabis. Not the stigma surrounding consumption, which Day says is fairly well accepted already, rather the stigma of whether or not it’s legal or illegal to sell unregulated cannabis on their land.

“There still needs to be that level of regulatory fabric to protect the communities and reduce liability and risk. That’s the stigma piece, if you will, in terms of what the legal interpretation of that is—whose laws apply.”

The greenhouse may have been a one-time thing, but the seeds sown were greater than a single harvest. Now, he is a man on a mission to help Indigenous brands seize their space in the cannabis industry.

“We need to destigmatize the [legislative] processes that allow us to take formal responsibility for cannabis in our communities. Let’s put the proper community-based laws, policies, and regulations together so that way our people can flourish.”

“Let’s make the path wider so there is room for Indigenous business in the mainstream. And I think we’re getting there.”