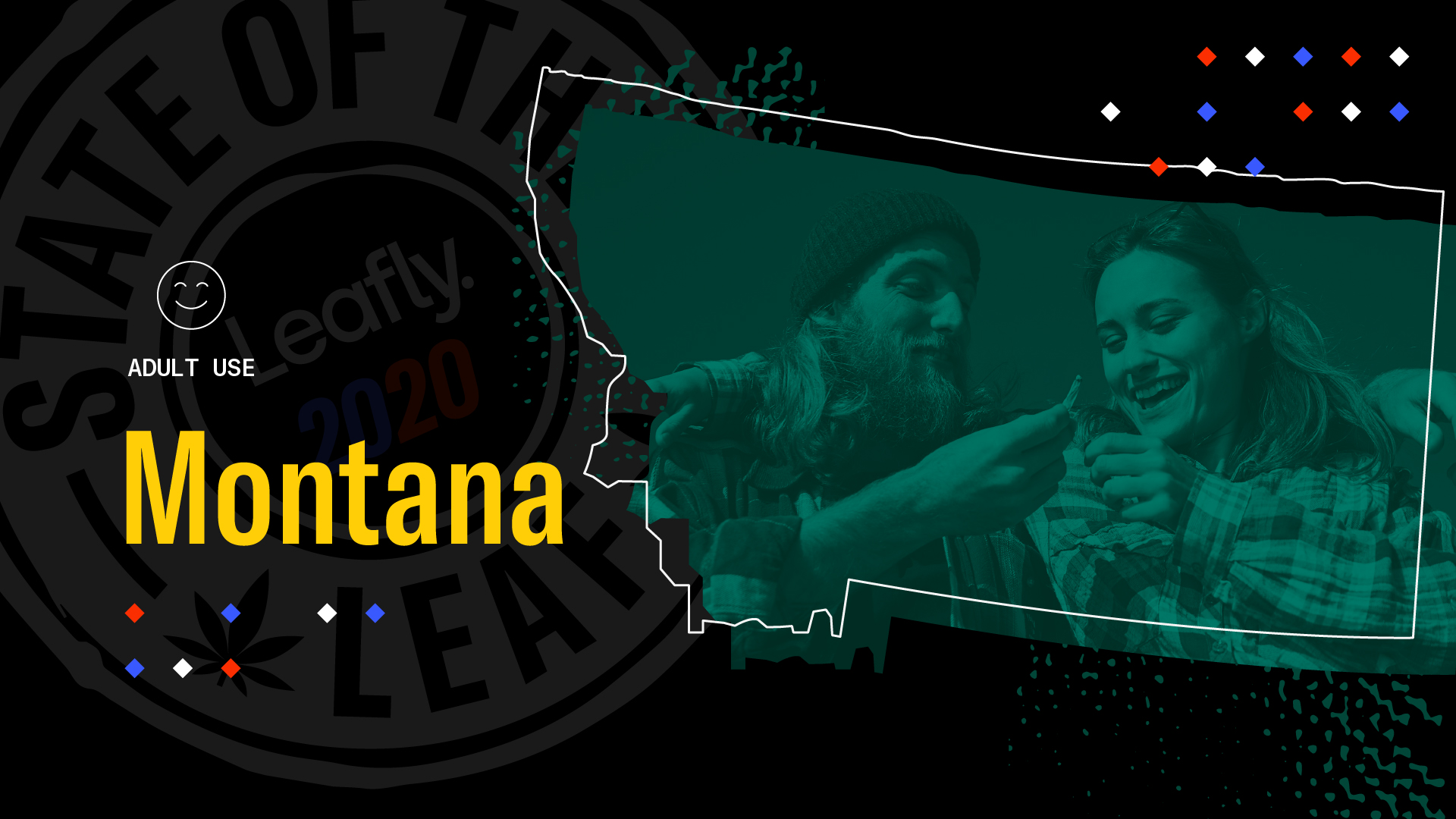 As if the case in many legal states, though, not every county and municipality will have marijuana available for purchase.

Read on to learn where it can be purchased, how to navigate national parks with cannabis, and the particulars of Montana’s statewide legalization law.

Leafly always lists stores near you

The first stores to open already exist—as medical marijuana dispensaries. The stores listed below are licensed to sell to all adults 21 and older starting Jan. 1.

We’ve called ahead and confirmed the stores that definitely will be open for recreational sales on Jan. 1, 2022 (listed below the map). Don‘t forget to bring your cash and state-issued ID.

As of Jan. 1, Leafly’s dispensary finder will have the most up-to-date information on both recreational and medical cannabis stores near you. Download the Leafly app to locate the nearest store with a single tap.

In crafting the state’s adult-use cannabis program, Montana officials decided that sales would be permitted in counties where the majority of residents voted in favor of legalization during the 2020 election, and not allowed in counties that did not vote for legalization.

There is a caveat, however. Counties or municipalities can hold a separate vote to switch from a “red” county to a “green” county, or vice versa.

Generally speaking, western Montana is much more amenable to legal weed than the eastern half of the state.

Major hubs like Missoula, Bozeman (Gallatin County), Kalispell and Whitefish (Flathead County) and the capital city of Helena (Lewis and Clark County) will welcome the opening of legal cannabis stores on Jan. 1.

The citizens of Billings, the state’s largest city, voted in November to not allow cannabis stores. But stores are allowed in surrounding Yellowstone County, so a number of “Billings” stores actually are Billings-adjacent.

Don’t take it into a national park

While it may be tempting to take a puff while beholding Montana’s many national parks, it’s important to remember that national parks remain under federal jurisdiction, and it is federally illegal to possess, sell, or consume cannabis on federal land.

As Leafly has reported, the repercussions for getting busted with weed in national parks can be severe: convictions, fines and even probation…and that includes residents of legal states.

Even though you can’t buy recreational cannabis in every corner of Montana, possession of up to an ounce remains legal on all state land. Consumers can purchase up to one ounce of cannabis, or its equivalent in edibles, concentrates, or other forms, at a time.

The one exception is on tribal reservations, which are considered their own sovereign nations. Since federal law applies on the reservation, cannabis possession technically remains illegal there. Although tribes have limited criminal jurisdiction over non-members, it’s still best to play it safe and avoid consuming on reservation land. If you’re traveling through a reservation, be sure to keep your cannabis in its unopened, original packaging, and in the trunk of your car.