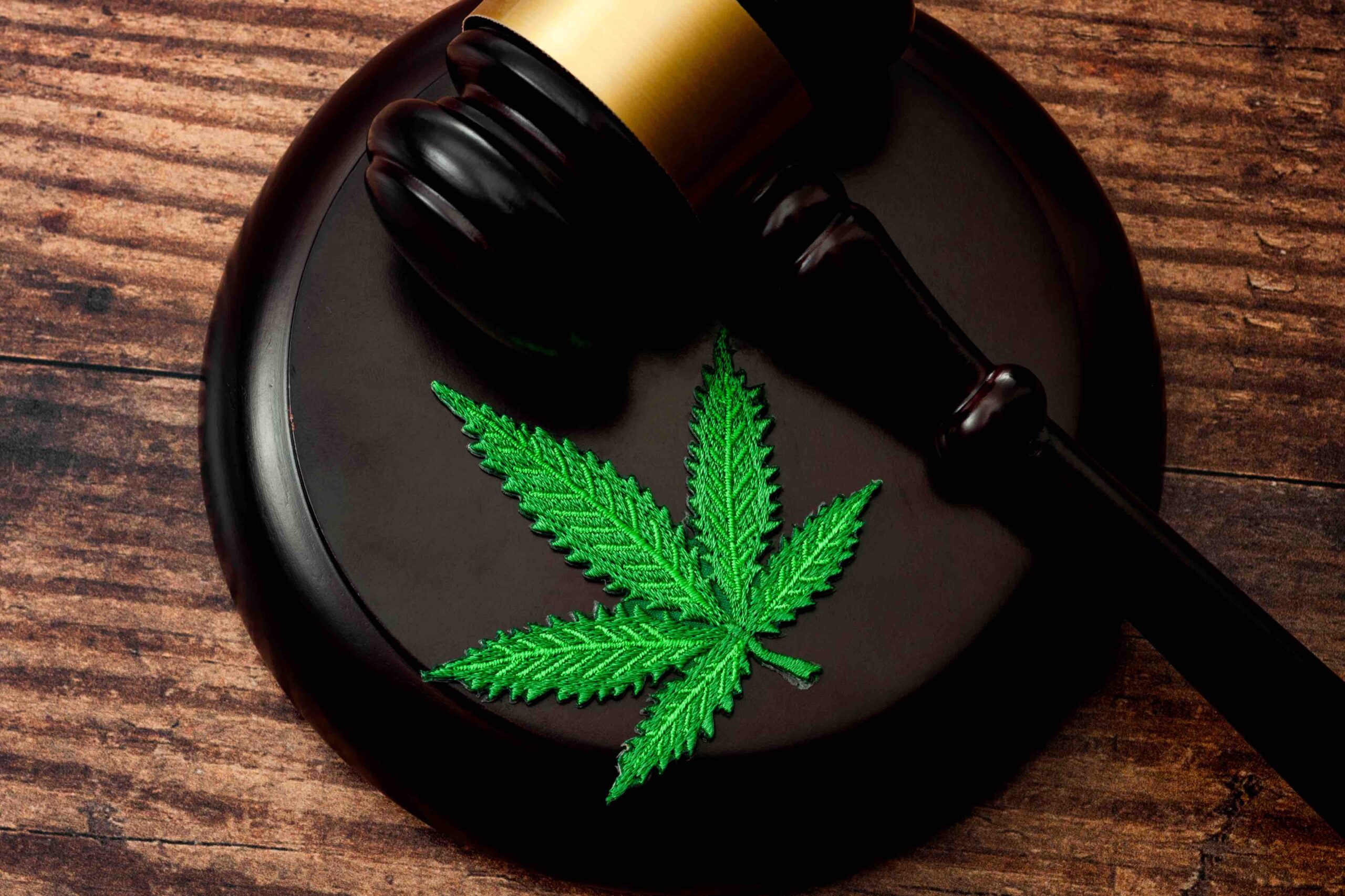 Rescheduling vs descheduling cannabis: What’s the deal? How would it happen?

On October 6, 2022, President Joe Biden called on Attorney General Merrick Garland and Health and Human Services (HHS) Secretary Xavier Becerra to “initiate the process of reviewing how marijuana is scheduled under federal law.”

Rescheduling vs. descheduling, what’s the difference?

The federal Controlled Substances Act (CSA) divides all known medicines, substances, or drugs into various categories based on their potential for abuse, medical applications and known benefits, and safety considerations. The schedule runs from least harmful (Schedule V) to most harmful (Schedule I).

Marijuana has been categorized as Schedule I, as harmful as heroin, since the CSA’s inception in 1970.

To reschedule a drug like marijuana means to move it from one category (Schedule I, reserved for the most dangerous drugs) to another (for example, Schedule II or Schedule III). Rescheduling marijuana would not make it federally legal. It would mainly lessen the barriers to scientific research.

To deschedule a drug like marijuana means to remove it from the Controlled Substances Act entirely. Descheduling marijuana would make it federally legal, but it would not invalidate state laws prohibiting the possession and distribution of cannabis. Alcohol and tobacco are two examples of intoxicating substances that remain federally unscheduled but are legally regulated by state authorities.

The easy way to change the federally scheduled status of cannabis is to pass a bill through Congress. Congress has the authority to amend the Controlled Substances Act and move marijuana to another schedule, or remove it from the CSA entirely.

The hard way is to reschedule or deschedule marijuana administratively. This is what President Biden set in motion on Oct. 6.

The ultimate authority over marijuana’s place within (or removal from) the Controlled Substances Act rests with the US Attorney General. But reaching that decision takes time and many, many smaller choices along the way.

Xavier Becerra, the HHS Secretary, then turns to the US Food and Drug Administration (FDA), which is an HHS agency, to offer input on:

(Those bullet points were taken from an excellent report on rescheduling written by Brookings Institute drug policy experts John Hudak and Grace Wallack.)

Four legalization lessons from the 2022 election

The Catch-22 embedded in the process

The Biden rescheduling could effectively end as early as the FDA review of available scientific research. Robert Hendricks and Alan Rogalski, attorneys with the Michigan firm of Warner Norcross + Judd, recently wrote about a Catch-22 created by the Schedule I status of cannabis. They observed:

“The DEA remains powerless to reschedule marijuana without a finding from the HHS that it has an accepted medical use or to deschedule without evidence that it should not be scheduled under the CSA at all. The current Schedule I status of marijuana makes it difficult for researchers to receive federal sources of funding to obtain the evidence-based clinical research necessary to support the rescheduling or descheduling of marijuana. While recent DEA policy has expanded the number of marijuana cultivators for research, the HHS is still far from obtaining the evidence necessary to support a change.”

President Biden’s marijuana ‘review’ could be a deadly trap

The DEA will likely have input, too

At the same time, a similar investigation and recommendation will likely take place within the Justice Department agency that oversees drugs from a crime perspective—the Drug Enforcement Administration (DEA).

After gathering advice from the DEA and HHS, Attorney General Garland (or his successor) then either recommends moving forward with a change to marijuana’s status, or no change at all. Legally, the AG doesn’t need President Biden’s input, but it’s unlikely such a historic and politically important decision would be made without the President’s approval.

There is no legally mandated timeline for this. It could take a few months or it could drag on for years. The FDA began its inquiry into how to appropriately regulate cannabidiol (CBD) back in early 2019, and we’re still waiting for the agency’s decision more than three years later.

But that’s not the end of it.

Then a rulemaking process kicks in

If the Attorney General decides to move forward with a change in scheduling, then he starts a standard federal rulemaking process.

This involves long periods of drafting the proposed rule, getting input from various experts and agencies, going through a public comment period, finalizing the rule, and finally setting its effective date. Rescheduling—and descheduling in particular—could involve input from other government agencies. The Food and Drug Administration (FDA) would definitely participate. The Alcohol and Tobacco Tax and Trade Bureau (TTB) and the US Department of Agriculture (USDA) could also offer input and have a role to play in a post-descheduling America.

This rulemaking stage could take another two to three years.

Biden may not have time to get it done

Given the time needed to carry out the proposed administrative rescheduling, it’s highly unlikely such a thing could be accomplished during President Biden’s first term.

If Biden were re-elected in 2024, or a Democrat with a favorable opinion of the project were to succeed him, this rescheduling or descheduling could be completed within that 2025-2029 term.

If a Republican were to win the White House in 2024, he or she could end the entire process on the day they take office in Feb. 2025. That’s not a sure thing. Plenty of Republican voters support legalization, even if the party’s older Congressional leaders tend to vote as a block against it.

How did we end up here, anyway?

Congress originally outlawed cannabis via the infamous Marihuana Tax Act of 1937. In the late 1960s, the psychedelics advocate and counterculture figure Timothy Leary challenged the constitutionality of the 1937 Act. Leary had been arrested for cannabis possession—a few seeds and half-smoked joints—while attempting to drive across the US-Mexico border in Dec. 1965. Leary spent years fighting the charge. That legal battle eventually ended up as Leary v. United States, which challenged the 1937 law on the grounds that it violated the Constitution’s Fifth Amendment right against self-incrimination.

In 1969, the US Supreme Court agreed with Leary. The unanimous decision effectively ended the life of the Marihuana Tax Act of 1937.

Rather than reconsider the illegal status of cannabis, Congress responded by scrambling to pass an omnibus drug prohibition bill. Thus was born the Comprehensive Drug Abuse Prevention and Control Act of 1970, which updated and brought together a bunch of disparate old drug laws within one neat legal framework. Contained within the Act of 1970 is the Controlled Substances Act (CSA), which divides all known drugs into categories based on their potential for abuse, medical applications, and safety considerations.

The history of cannabis prohibition in the United States

Why the US Attorney General has control

For decades, the debate over drug laws has pivoted around the question of whether drug use is a public health issue or a crime issue. During the creation of the Controlled Substances Act (CSA), President Richard Nixon wanted to vest control of the CSA with the Attorney General, the nation’s top cop. Congress wanted the Surgeon General and the Department of Health, Education, and Welfare (which later became today’s Department of Health and Human Services, or HHS) to oversee it.

Nixon won. The Justice Department would have final say, with advice and input from the federal health department.

That’s why we have today’s convoluted process of rescheduling and/or descheduling. In 1970, marijuana was included as a Schedule I drug, but Congress knew it wasn’t really as dangerous as heroin, another Schedule I drug. So the House and Senate created a commission to study cannabis and recommend an appropriate scheduling level for the substance.

President Nixon appointed former Pennsylvania Gov. Raymond Shafer, a law-and-order Republican, to lead the commission. In March 1972, after months of admirably open-minded and even-handed research, the Shafer Commission presented its report to the President, which recommended “decriminalizing” marijuana.

Nixon effectively threw the report into the trash. He and his aides knew the War on Drugs offered Nixon an easy way to punish his perceived enemies—Democrats, liberals, hippies, and Black Americans.

And so marijuana remained a Schedule I drug for the next 50 years.