Is London really going to decriminalize cannabis? - Read of Green 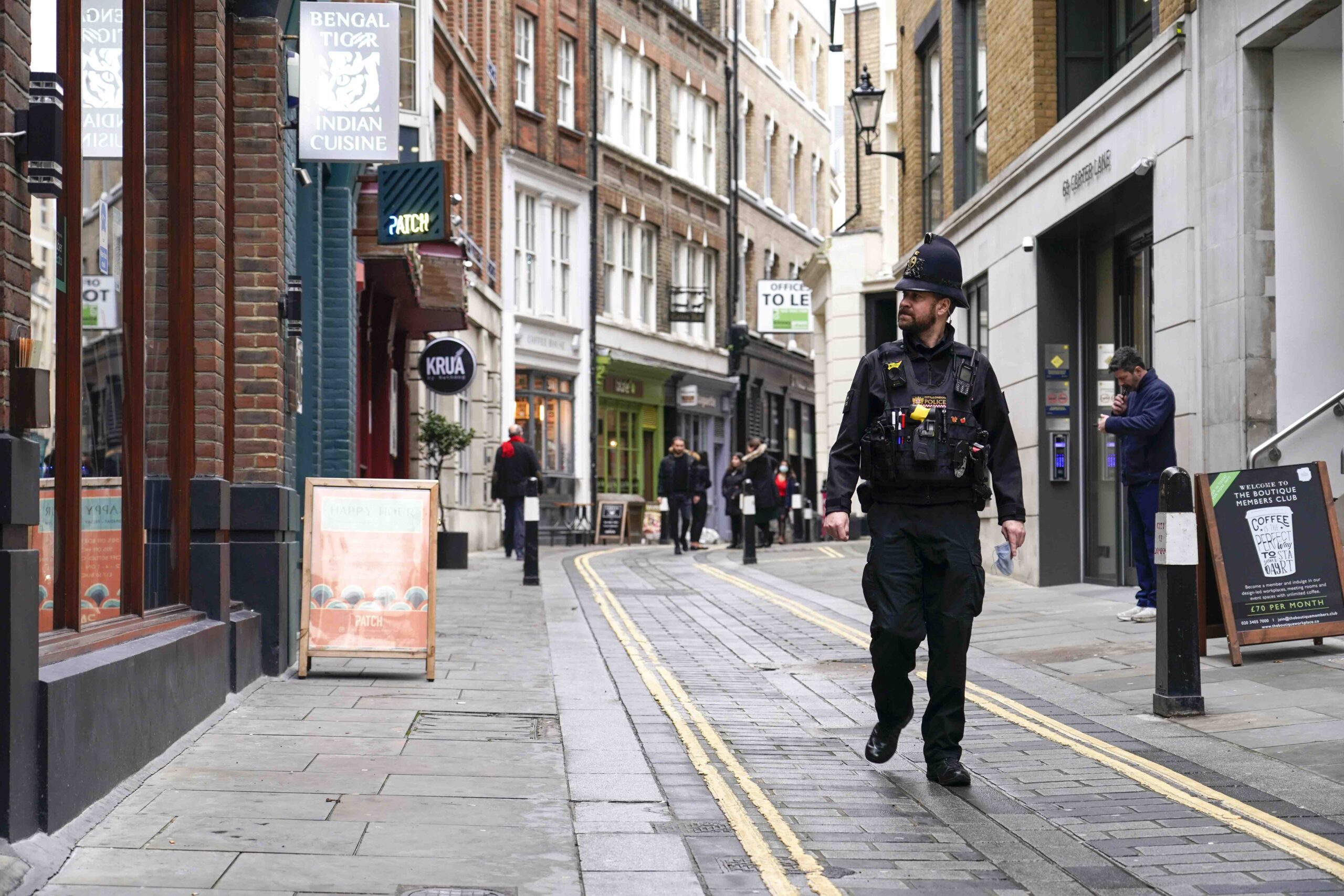 Last spring, when London Mayor Sadiq Khan began to feel the heat in his re-election campaign, he realized he needed to differentiate himself from Conservative challenger Shaun Bailey. So Khan announced that, if he were re-elected, he would examine the benefits of decriminalizing cannabis.

Nine months later, it has emerged that the second-term mayor, a high-profile Labour politician, is planning to divert young people caught with small amounts of marijuana in parts of London away from the criminal justice system and into traffic speeding course-style classes and counseling.

A leak of a report captured the news cycle in the UK on Tuesday; The Telegraph headlined a story claiming that Khan’s plan would effectively decriminalize cannabis in London.

Khan’s team scrambled to clarify the mayor’s intentions. The plan, they said, was to roll out a limited three-district trial program for 18- to 24-year-olds. Such a program has yet to be approved by city hall and would be “robustly evaluated” before any capital-wide rollout.

Under the early outlines of the proposal, the classroom-and-counseling outcome would be offered to those caught with less than 14 grams of cannabis (roughly half an ounce). It could be implemented as soon as May 2022 in the south east London boroughs of Lewisham, Bexley and Greenwich—which host some of the poorest neighborhoods in the capital.

“Reducing crime is the mayor’s top priority and he will continue to explore and implement the most effective solutions to help to divert young people away from drug use and crime for good,” a spokesperson for the mayor of London said, adding that Khan did not have the power to decriminalize.

They added that the scheme—set in motion by the mayor of Lewisham, Damien Egan, who commissioned a report by the nonprofit drug reform organization Volteface—would provide help and support rather than punishment, and has been shown to reduce recidivism. Egan’s spokesperson told local media: “We know that we’ll never be able to simply arrest our way out of the problem.”

But many people in the UK do not believe cannabis use is a serious problem. “Cannabis is seriously misunderstood in the UK, and this scheme doesn’t achieve anything and simply delays the inevitable legalisation process,” said Marwan Elgamal, founder of THC, a leading cannabis lifestyle brand, who has organized events at annual 4/20 celebrations in London’s Hyde Park, attended by tens of thousands.

“The UK has the opportunity to introduce a process of labeling cannabis potency to help adults make informed choices, take billions out of the hands of criminals, and stop tarnishing people’s life opportunities while freeing up police resources,” Elgamal added. “Now is the time for our government to place trust in adults to make their own decisions, rather than condescendingly offering to counsel us.”

How Close is the United Kingdom to Legalizing Cannabis?

Cannabis is commonly smoked on the streets of London and is easily obtainable in parts of Camden, Hackney, Notting Hill, and elsewhere. Consumption is so common that it sometimes can feel like the plant is legal. Clandestine cannabis clubs, in fact, have been increasingly popping up in recent years. But regular police searches over suspected cannabis possession can swiftly deliver a dose of reality even while the number of recorded cannabis offenses in London has been declining year on year.

In September of 2020, the Independent Office for Police Conduct told the Metropolitan police, which covers London, that they desist stopping and searching people because of an alleged smell of cannabis in the vicinity. However, the justification is still used, leading to skepticism over whether the Met would enthusiastically adopt any diversion scheme.

Almost half of all stop-and-search episodes in England and Wales are meted out by the Met, with young Black men in London 19 times more likely to be stopped than the rest of the population. A report published recently by the Inspectorate of Constabulary found that in four of five stops, nothing was found, and the practice contributes significantly to friction between ethnic minority communities and the police.

“Young black men that the authors spoke to feel targeted, which leads to disenfranchisement and distrust in the police,” said the report, commissioned to investigate the negative impacts of low-level drug offenses. “Putting young black men through the criminal justice system does not address root causes of why someone might be in possession of drugs, and a criminal justice footprint could blight future prospects, potentially leading to a cycle of criminality.”

It recommended piloting a diversion scheme, variations of which are already in use across 10 police forces in the UK and are considered de facto decriminalization for certain offenses due to there being no change in law.

From Stalemate to Stampede: Inside the UK’s About-Face on Medical Marijuana

Ant Lehane, head of communications at Volteface, said Khan announced the drug commission when main opponent Shaun Bailey, a law-and-order candidate, was creeping up on him in the polls in April 2021, ahead of the next month’s election, which Khan won in a run-off vote.

“He couldn’t deliver any of the promises,” Lehane said of Mayor Khan. “He had no idea what he was going to do. We came at him with this diversion project which needed funding and behind the scenes he bit our arms off for it. It’s going to tackle racial disproportionality, which should underpin any Labour mayoralty.”

“It’s been really bureaucratic and difficult to get it to this phase,” Lehane added. This week’s Telegraph story “seems to have come out when we were very close to getting it finalized. So there is quite a big frustration there.” Lehane said he remains optimistic, though. “We don’t think it’s going to scupper the report,” he said. “The response has been really good and has driven a good conversation.”

StopWatch, which campaigns for fair and effective policing, welcomed the mayor’s effort to remove the issue of low-level drug possession from police control but said “punitive policing measures” still had a wide scope due to the law leaving much discretion in the hands of individual officers.

Mayor Khan’s pilot project “represents a brave move politically, as it casts the mayor of London as a figure who is prepared to run against the headwinds set by the two major parties of the day, who lack the political will to act on the evidence,” said Habib Kadiri, research and policy manager for StopWatch.

Kadiri said cannabis consumers remained at risk of criminalization—with more than 80,000 people imprisoned across England and Wales between 2016 and 2020 for possession of a class B or C drug, according to Ministry of Justice figures. The UK has maintained a very narrow framework for legal access to medical marijuana since 2019.

Steve Rolles, senior policy analyst at Transform Drug Policy Foundation, said the pilot, due to be officially announced later this month, was long overdue. A majority of Londoners, Rolles said, have supported cannabis reforms for a number of years.

“The reforms are far from revolutionary though,” he said. “Ten police authorities across the UK already have similar diversion programs that actually cover all drugs, not just cannabis, so this is only one step on a longer reform journey. We are obviously some way from legalization and regulation.”

National politicians won’t stand up for their own policies

“They have both supported diversion programs previously, most obviously in the new government drug strategy,” Rolles added. “There appears to be a reflexive push back on anything presented as decriminalization, even when it is really just another word for policies they’ve already endorsed. Khan shows that reform is no longer a liability, it has become a political asset.”

Growing resistance towards the merry-go-round of prosecuting low-level drug offenses within the police has seen senior officers in the UK increasingly agitate for further changes, but London’s Metropolitan police force leadership is notoriously conservative.

A Met spokesperson told Leafly: “The Met is committed to working with its partners to explore ways to reduce the harm drugs cause to both individuals and communities. However, at this stage and contrary to media reporting, no agreement has been reached regarding any changes to our enforcement approach for cannabis or other class B drugs.”