Is your drug a psychedelic, a dissociative, or an empathogen? - Read of Green 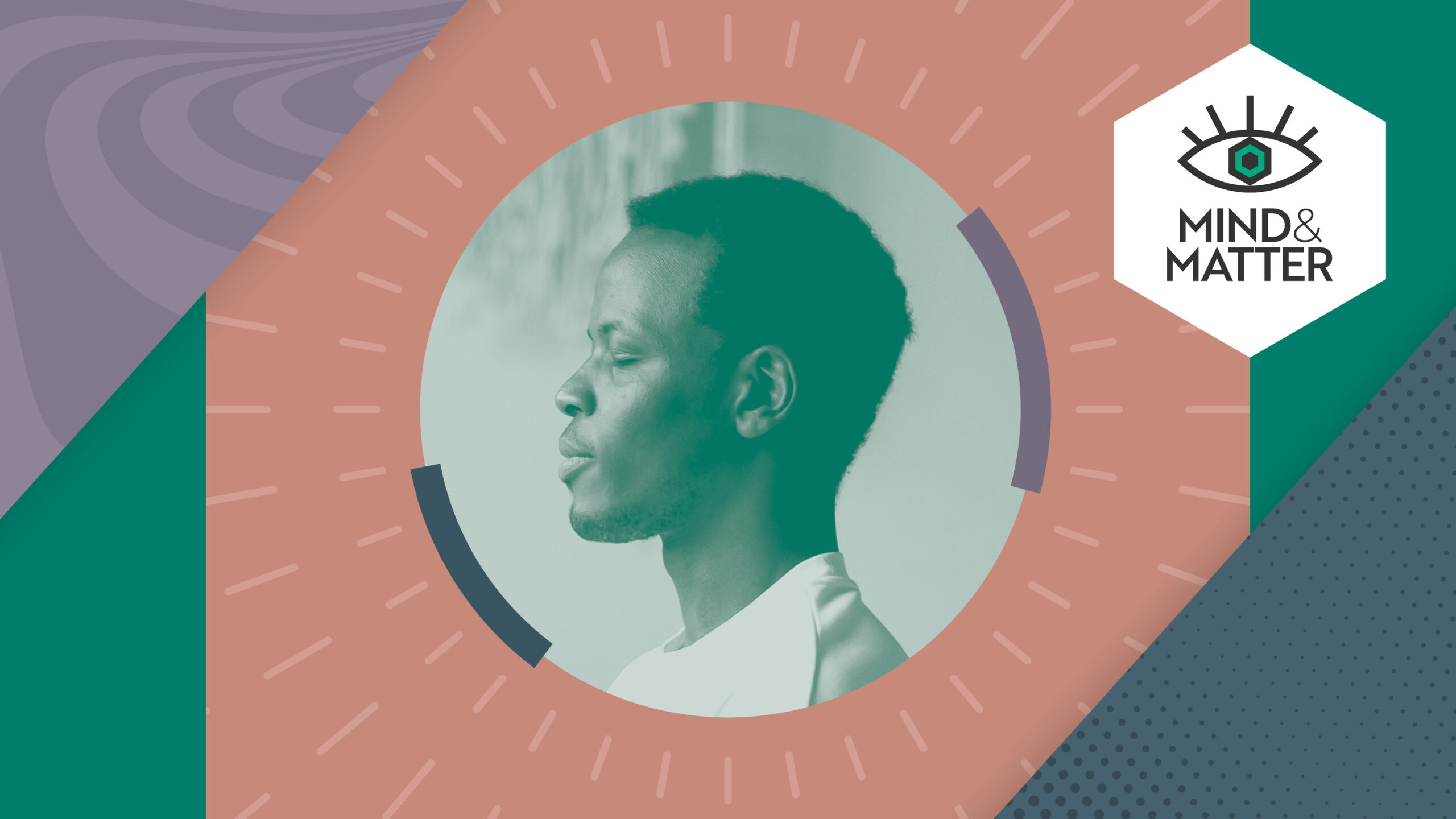 ‘Mind & Matter’ is a monthly column by Nick Jikomes, PhD, Leafly’s Director of Science and Innovation.

This is something that’s often misunderstood by patients, consumers, and the mainstream media. In the cannabis world we hear all the time—incorrectly—that THC is psychoactive but CBD isn’t.

Both drugs are, in fact, psychoactive. At the right dose, CBD can affect mood and have anti-anxiety effects. But of the two, only THC is intoxicating.

A psychoactive drug is any chemical substance that causes a measurable alteration in cognition, perception, mood, consciousness, or behavior compared to placebo. This is a very broad category. It encompasses everything from the caffeine in your morning coffee to prescription antidepressants or potent hallucinogens.

But among all psychoactive drugs, how are further boundaries drawn?

With that in mind, let’s look more closely at what distinguishes three classes of psychoactive drugs: dissociatives, hallucinogens, and empathogens. You may know them by their popular exemplars:

Psychedelic medicine: The benefits of psychedelics

Dissociation is a strange and fascinating psychological state. You are generally aware of your surroundings, yet feel disconnected from your body and identity.

Ketamine is a good example of a dissociative. At low doses, it can induce rapid antidepressant effects in individuals with treatment-resistant depression. At higher doses, it induces intoxicating effects not unlike alcohol. Keep upping the dose and you get a dissociative state informally known as “the K-hole.” Go even higher, and it’s an anesthetic.

One of the main mechanisms behind their dissociative effects is the ability to block NMDA receptors. This is a specific kind of receptor in the brain linked to learning, memory, and neuroplasticity. Other kinds of psychoactive drugs, such as psychedelics, do not work in this way. Instead, they act through different receptor systems in the brain, which is why they induce different psychoactive effects.

In a recent conversation I had with psychiatrist and neuroscientist Dr. Karl Deisseroth, he described patients experiencing dissociation:

Empathogens are a class of psychoactive drugs that induce feelings of empathy and emotional openness. Two of the most famous and widely used are MDMA (aka ecstasy or molly) and MDA (aka sass). The “A” in their name stands for “amphetamine,” so these drugs have stimulating effects.

MDMA and MDA both belong to the phenethylamine class of drugs. They’re chemically similar to psychedelics like mescaline. However, they’re not psychedelics in the classic sense because they don’t directly activate serotonin 2A receptors. Instead, they cause a temporary increase in levels of the endogenous neurotransmitters serotonin, dopamine, and noradrenaline. While some of their stimulant and euphoric effects can have broadly similar feelings to classic psychedelics, they do not induce hallucinations the way psychedelics do.

Although MDMA and MDA are famous for inducing empathy and an experience with a very positive emotional valence, this may have more to do with the social settings they are often consumed in rather than an inevitable effect of the drugs.

For example, some have described them as “non-specific emotional amplifiers,” capable of amplifying whatever emotional state one is in. This may not always result in a state of “ecstasy,” as Dr. Berra Yazar-Klosinsky described based on studies using MDMA to help treat severe PTSD:

How to dose psychedelic mushrooms

Hallucinogens (aka psychedelics) are psychoactive substances that powerfully alter consciousness in a way that involves hallucinations: vivid perceptions that occur in the absence of an external stimulus.

In other words, they cause you to perceive things other people do not perceive.

On the lighter end of the spectrum, such as a low dose of psilocybin, this can involve seeing colors or geometric patterns superimposed on an otherwise normal visual scene.

On the heavier end of the spectrum, such as a high dose of DMT, it can mean immersion into a totalizing hallucinatory experience in which you completely lose touch with consensus reality.

There are two broad flavors of hallucinogens: classic psychedelics and atypical psychedelics.

Atypical psychedelics trigger hallucinations through other brain receptors. Atypical psychedelics include salvinorin A, the active compound found in Salvia divinorum (an herbal mint plant), and ibogaine, found in plants like Tabernanthe iboga (a rainforest shrub). While these drugs are interesting, they tend to be less sought after for recreational purposes than classic psychedelics. That’s because the hallucinations they generate tend to be associated with an overall feeling of dysphoria, which is a state of uneasiness—the opposite of euphoria.

When someone talks about psychedelics, they’re usually talking about classic psychedelics like LSD, psilocybin, DMT, and mescaline. The thing that links them all is their ability to trigger hallucinations by activating the serotonin 2A receptor in the brain.

A side note on cannabis: Cannabinoids like THC are not considered psychedelics. This is because they do not trigger true hallucinations within their typical dose range, and they do not activate serotonin 2A receptors as classic psychedelics do.

All classic psychedelics trigger hallucinations and share the common feature of activating the serotonin 2A receptor, but no two provide identical effects. This is because each compound stimulates a unique set of brain receptors—sometimes dozens at a time.

Each is also metabolized at a different speed. Thus, one psychedelic tryptamine can cause intense hallucinations lasting just a few minutes (DMT), while another can induce a psychedelic state lasting many hours (LSD).

In general, psychedelic phenethylamines tend to promote a more stimulating effect than psychedelic tryptamines. This comes from their structural similarity to endogenous compounds like adrenaline and dopamine, as well as amphetamine-like drugs such as MDMA.

The chemistry and subjective effects of psychedelic tryptamines and phenethylamines was extensively documented by the chemist Alexander Shulgin and his wife, Anne. Their books, PIHKAL and TIHKAL are often considered “the Bible” of psychedelics and other psychoactive drugs.

The way to think about different types of psychoactive drugs is to ask what overall subjective effect they have on consciousness, together with the specific mechanism driving those effects.

Dissociative drugs induce a state of disconnection from one’s body largely by blocking NMDA receptors in the brain. Psychedelics reliably induce strong perceptual distortions (hallucinations) in the absence of external causes. Classic psychedelics achieve this by activating serotonin 2A receptors in place of serotonin, while atypical psychedelics do this by other means. Empathogens induce emotional effects not by blocking or activating a specific brain receptor, but by elevating levels of endogenous neurotransmitters.

Knowing what kind of drug something is, and how it exerts its effects within the body, is important knowledge for anyone who engages with these substances—not just doctors and scientists.

Arming yourself with this knowledge can help give you a deeper understanding of why psychoactive drug experiences feel the way that they do, as well as what the specific risks of a particular drug might be. This can be empowering, both for facilitating positive outcomes and avoiding negative ones.

For a deeper dive into what distinguishes different psychoactive and psychedelic drugs, read this or this scientific paper. If you have trouble accessing either article, read this for some useful tips.