June Cannabis Sales Decrease Slightly From May to $1.65 Billion - Read of Green 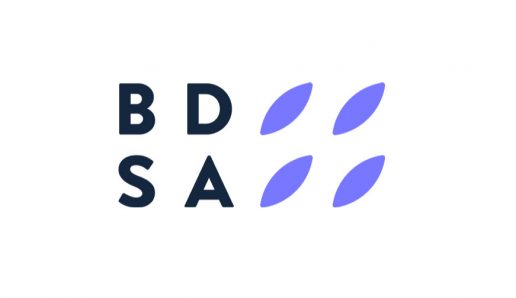 Cannabis sales decreased 0.8% in June compared to May according to cannabis data analytics firm BDSA. Looking at a per-day basis, sales increased across all 11 states month-over-month. Compared to a year ago, sales were down in 7 markets, mostly driven by declining flower growth. In this review, we will look at the markets one-by-one, beginning with the eastern markets and then concluding with the western markets. In total, sales across the 11 markets totaled $1.65 billion during the month.

BDSA provides coverage for Florida, Illinois, Maryland, Massachusetts, Michigan and Pennsylvania. In June, year-over-year growth ranged from -9% in Maryland to 23.5% in Florida and Michigan. Note that Florida, Maryland and Pennsylvania are medical-only markets.

We previously published data released by the state showing that sales declined 3% from May and increased 5.4% from June 2021. BDSA estimated sales of $155.3 million, down 2.9% sequentially and up 5.4% from a year ago. Compared to last year, flower sales remained flat, pre-rolls jumped 36%, ingestibles grew 2% and concentrates increased 8%. 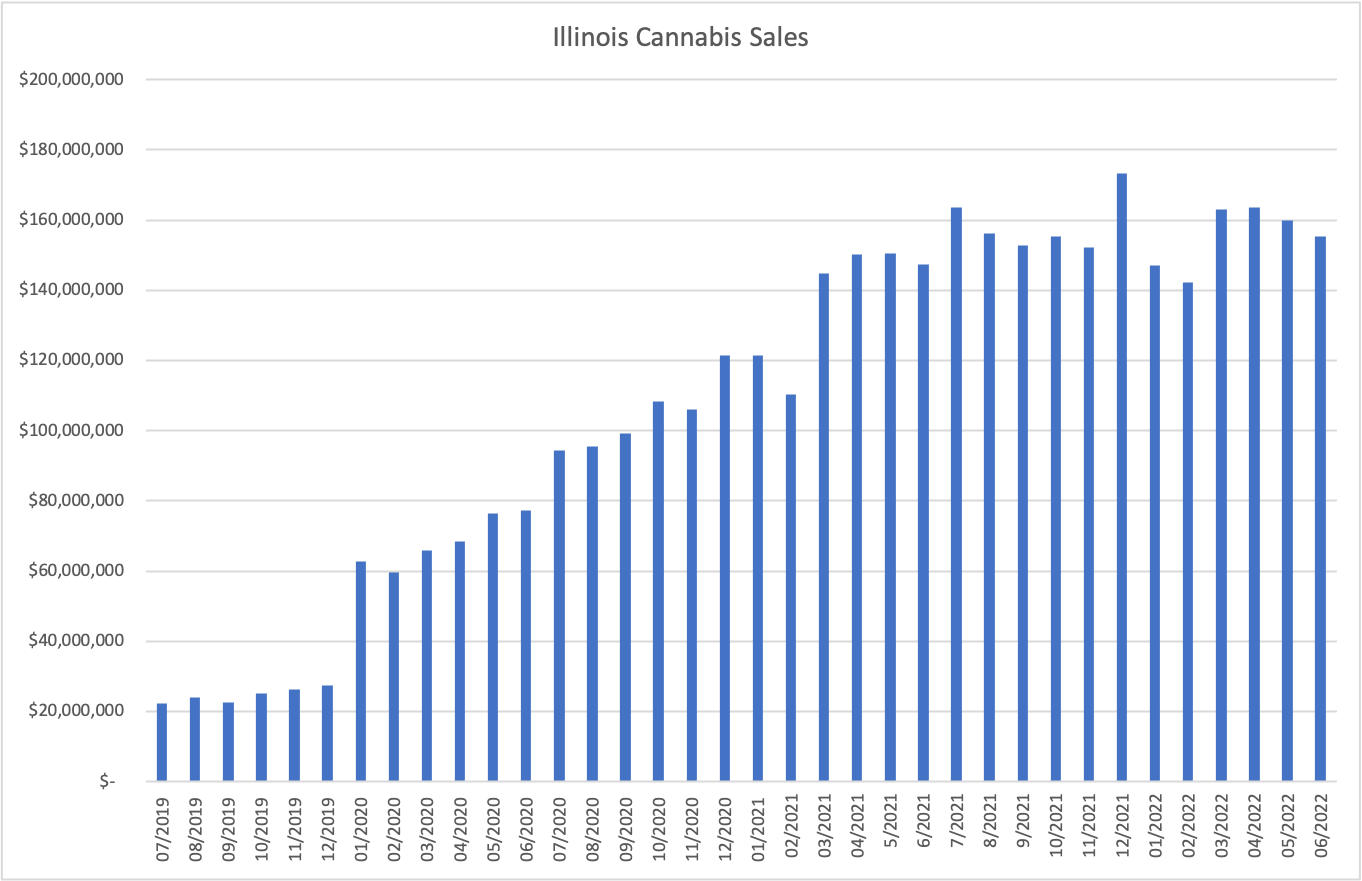 Sales fell 3% from May to $41 million, down 9% from a year ago. Flower sales decreased 10%, pre-rolls declined 9% and concentrates fell 13%, while ingestibles grew 6% year-over-year. 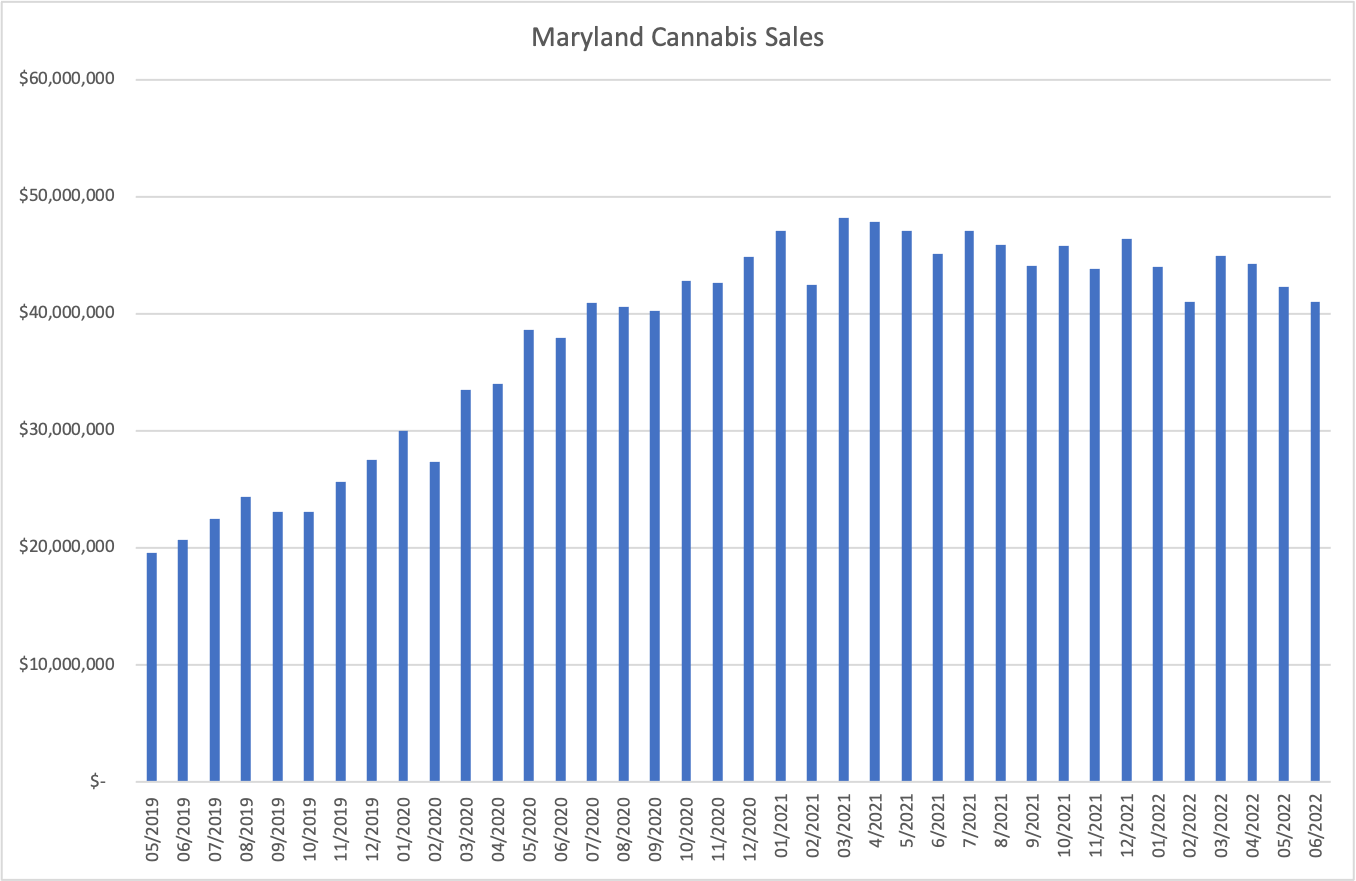 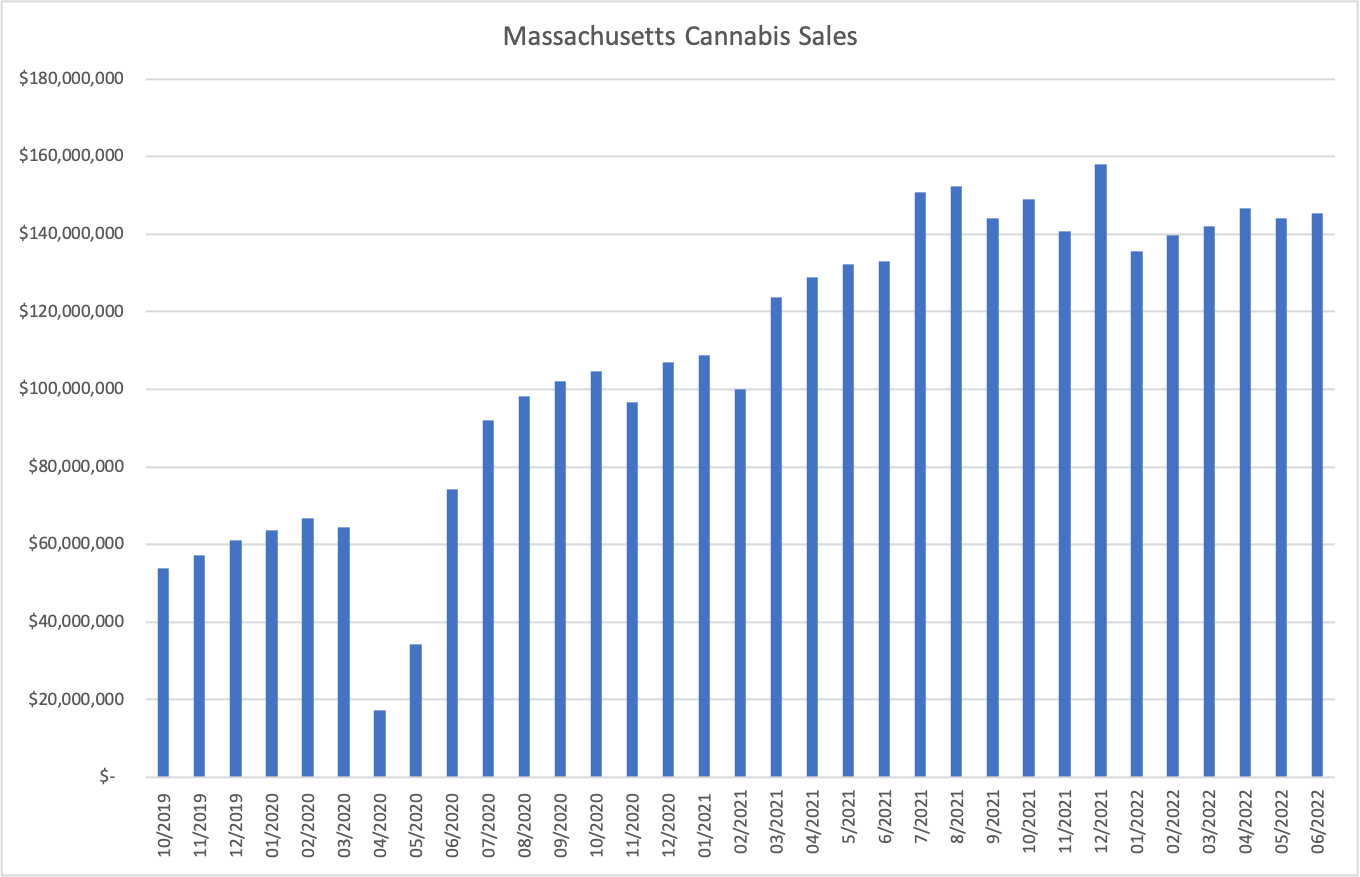 We had previously written about data released by the state indicating that Michigan cannabis sales gained 0.5% sequentially and 26% year-over-year. BDSA estimated sales of $187.4 million, up 0.5% sequentially and 23.5% from a year ago. Flower sales increased 16%, while concentrates grew 49%. Pre-rolls jumped 64% and ingestibles remained flat compared to prior year. 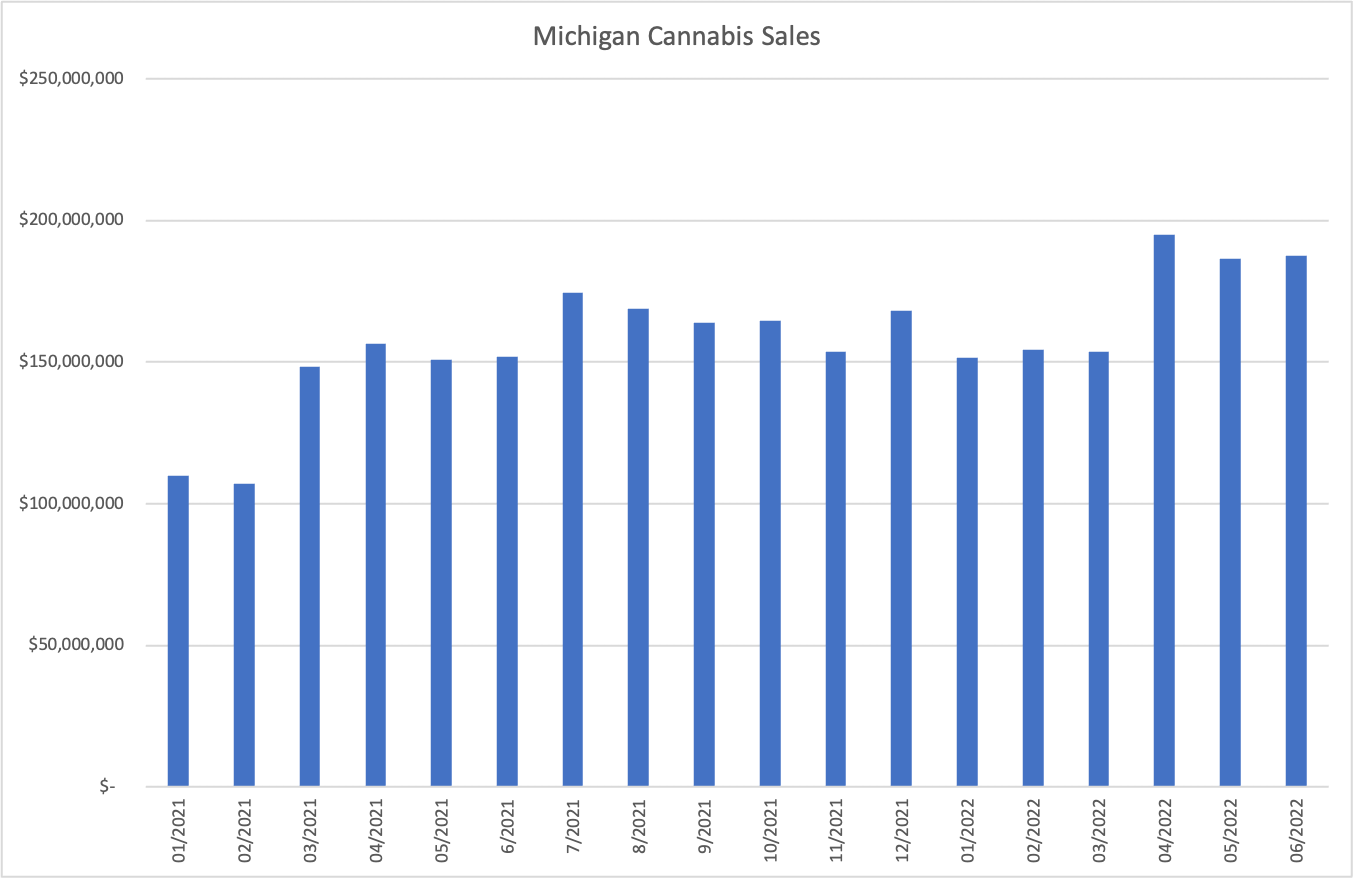 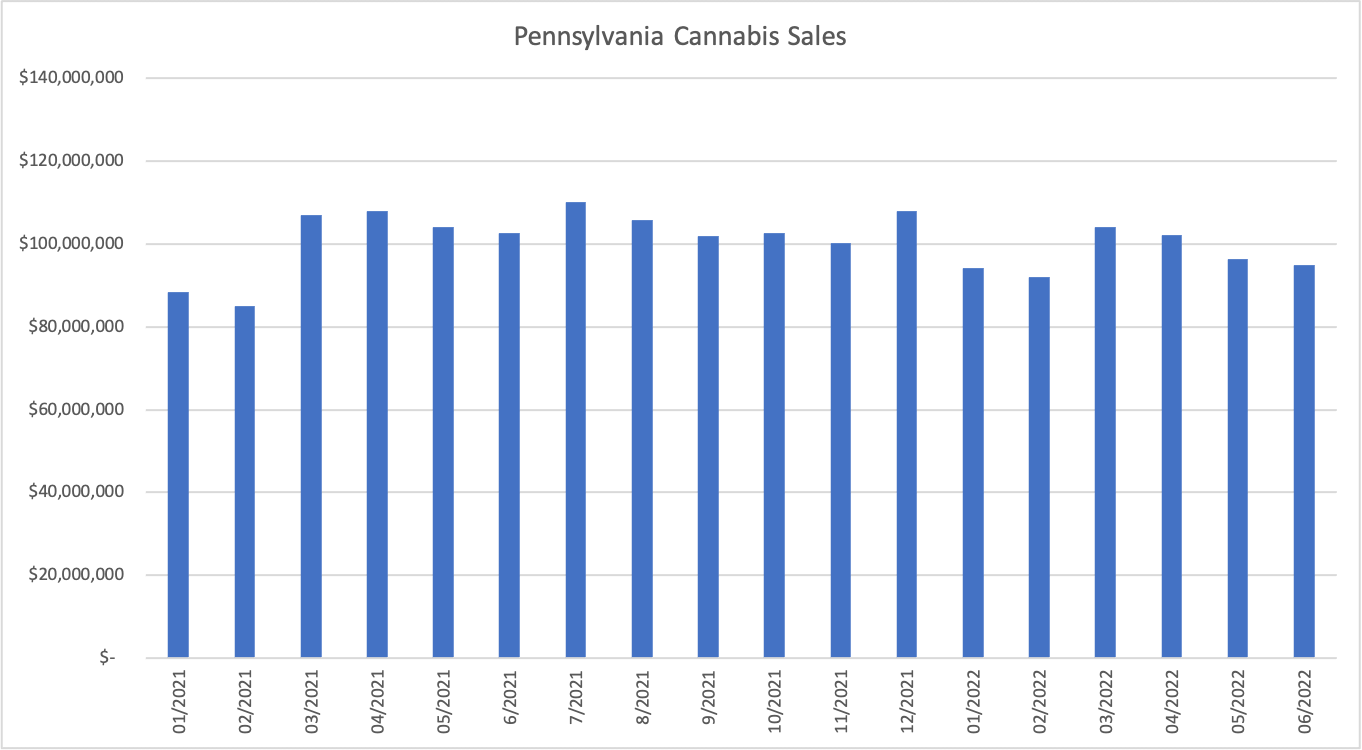 BDSA provides coverage for Arizona, California, Colorado, Nevada and Oregon. In June, year-over-year growth ranged from -20.6% in Colorado to -5.1% in California compared to a year ago. 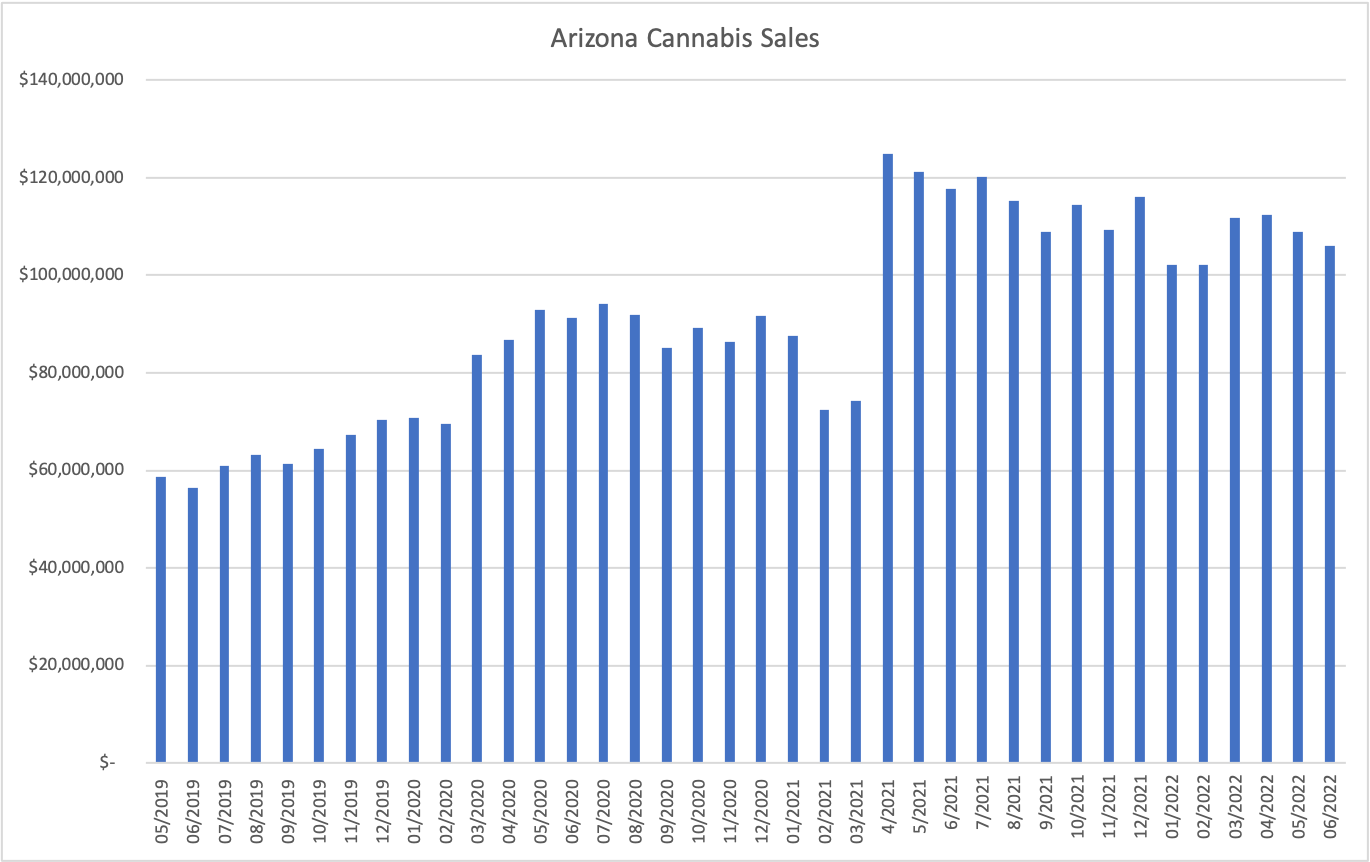 California sales declined 2.5% sequentially to $431.3 million and fell 5.1% compared to a year ago. Flower sales were down 15%, while pre-rolls grew 12%. Ingestibles fell 4% and concentrates remained flat from a year ago during June. 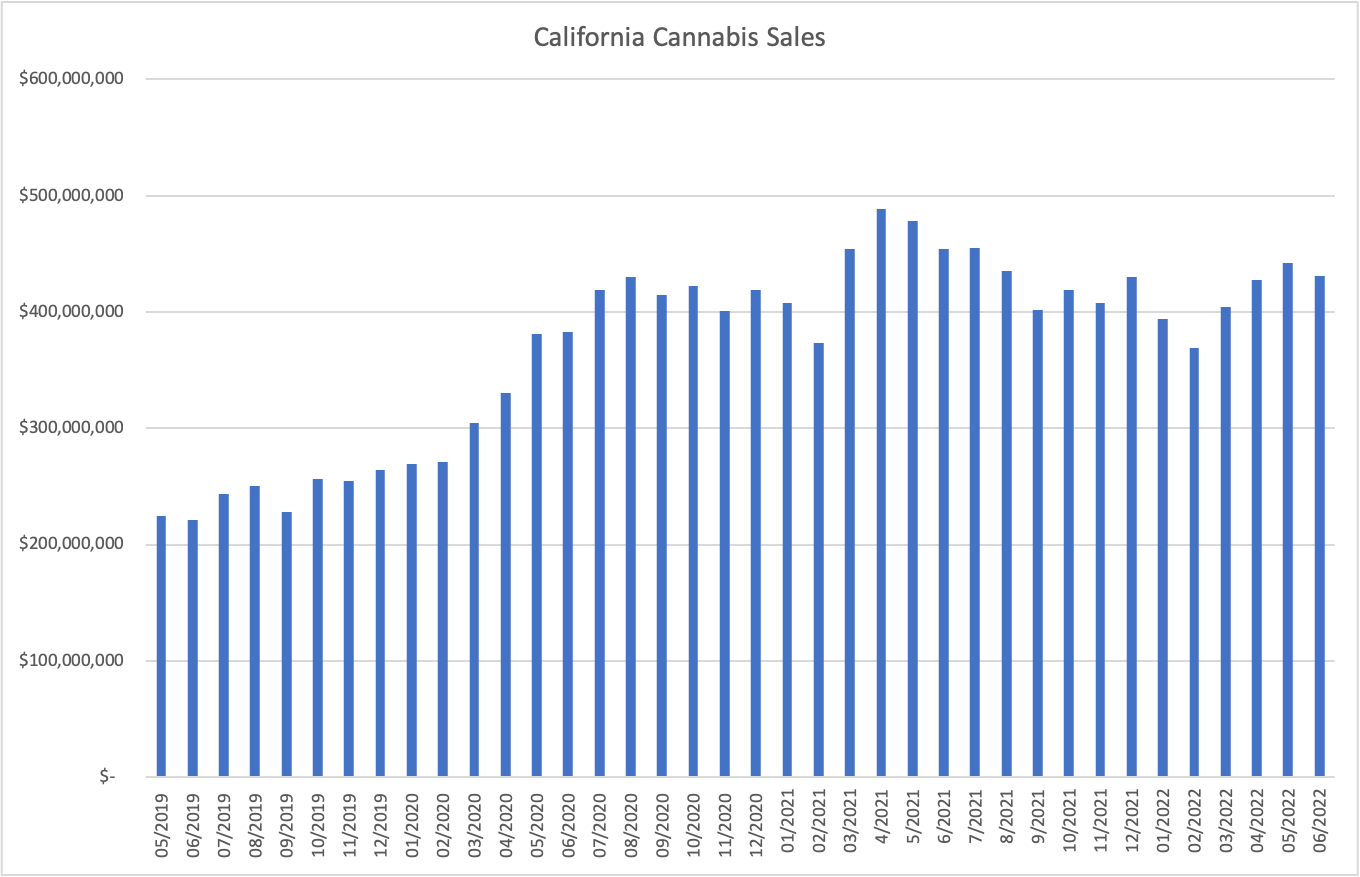 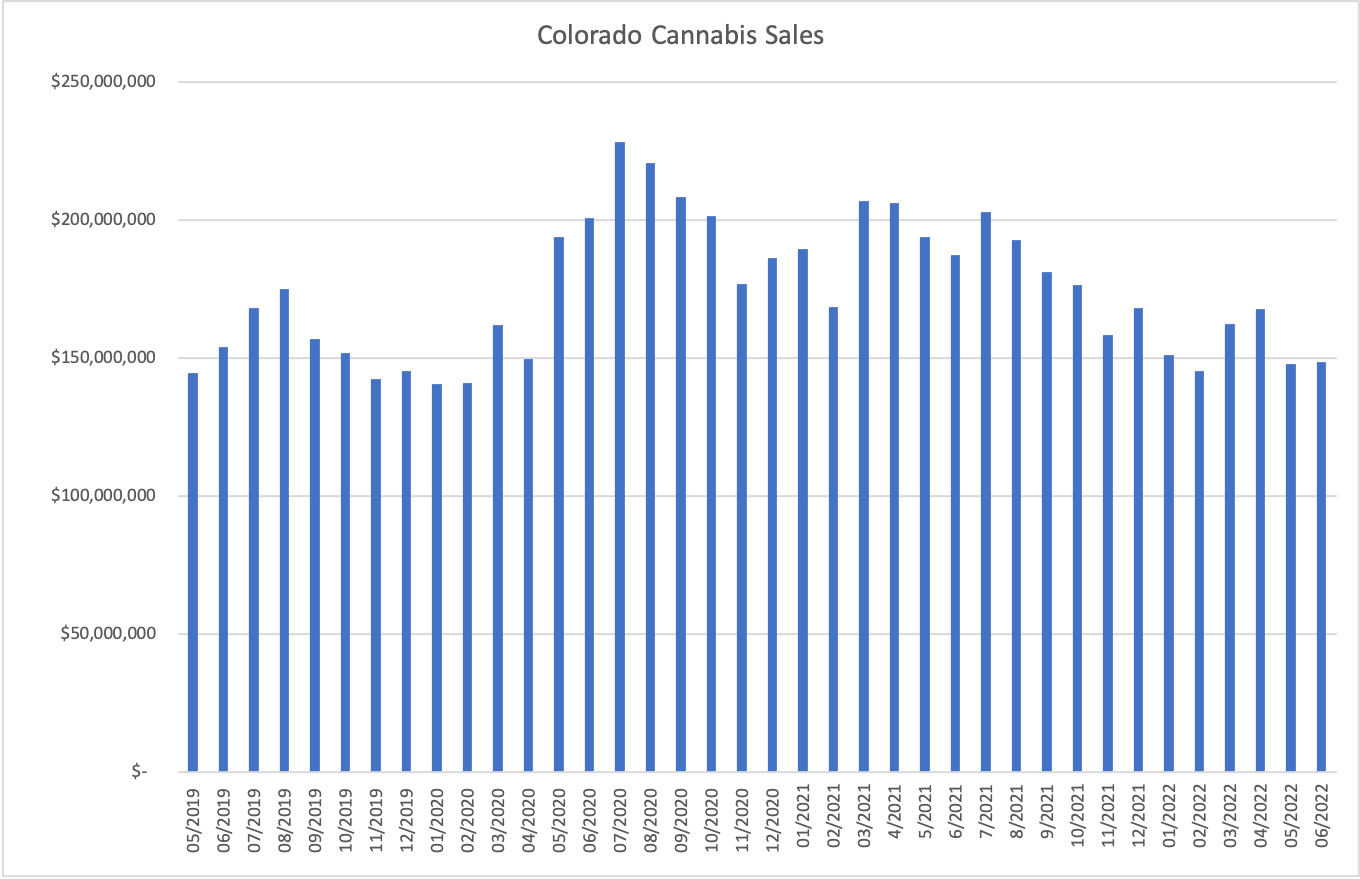 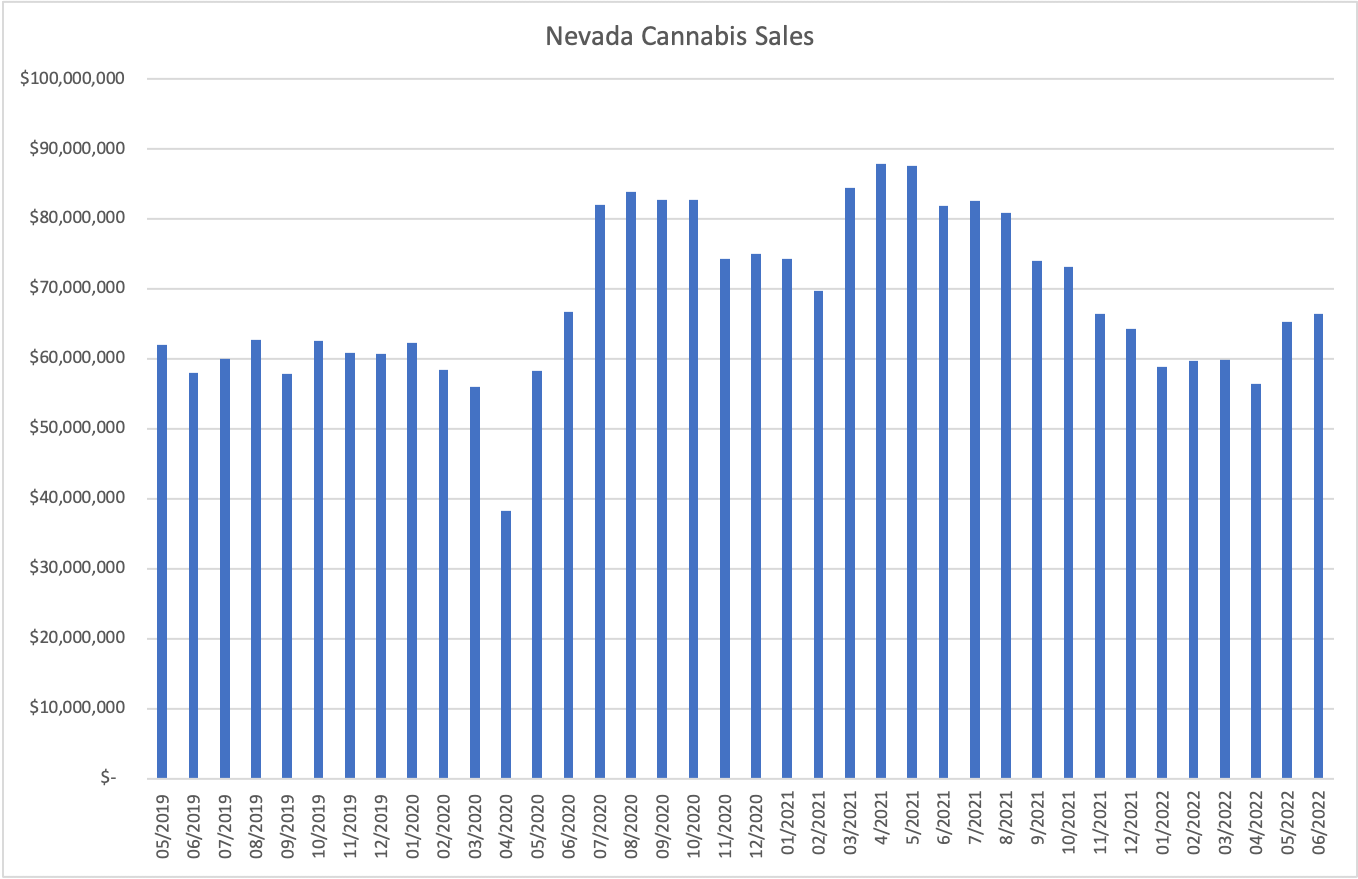 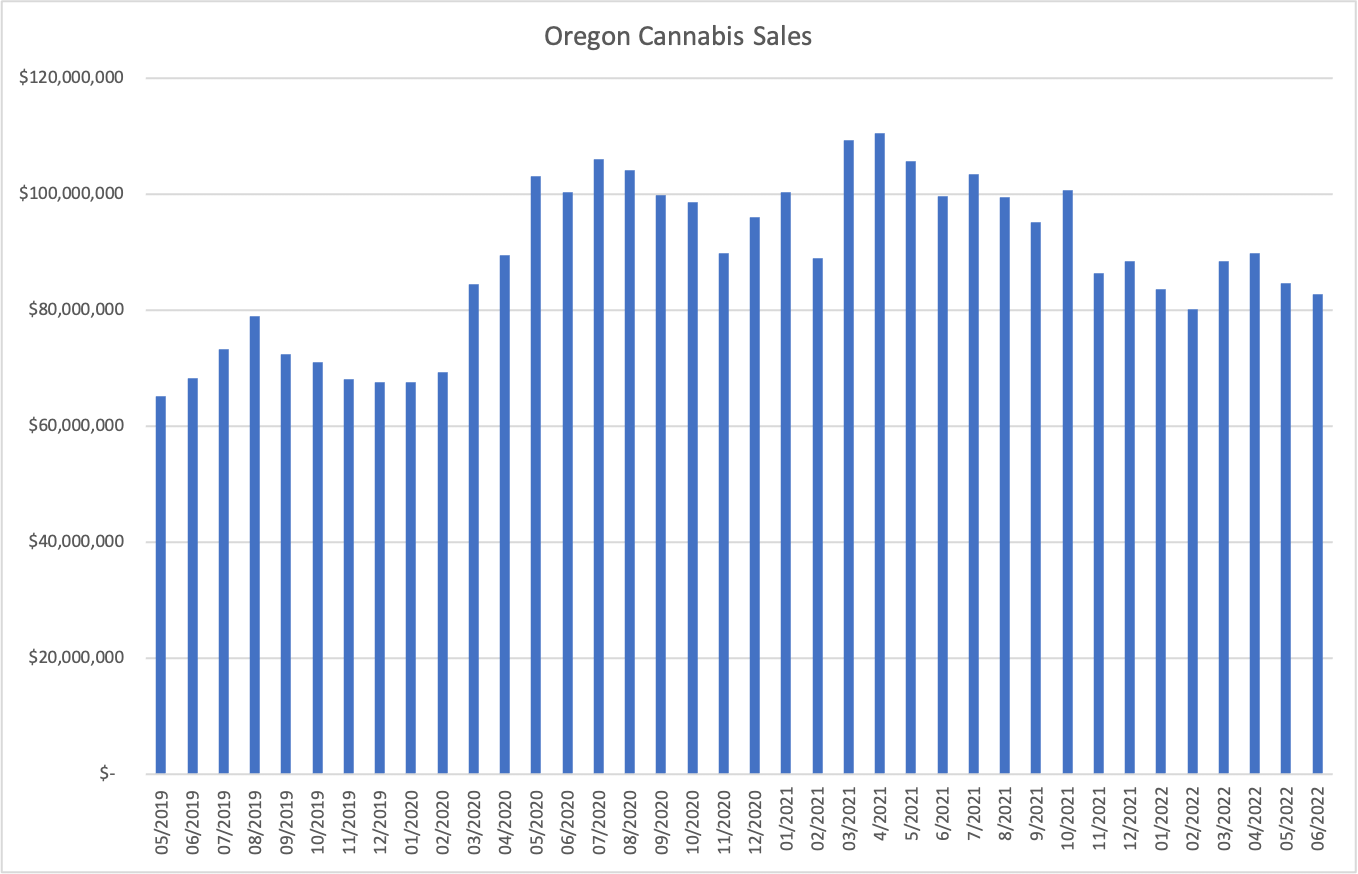 For readers interested in a deeper look at cannabis markets across these eleven states and more, including segmentation by additional product categories, brand and item detail, longer history, and segmentation by product attributes, learn how BDSA Solutions can provide you with unlimited access to the most accurate and actionable data and analysis.