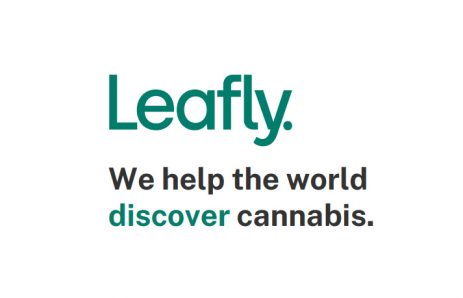 In addition, Merida announced that Merida’s special meeting to vote on the proposed business combination, originally scheduled for January 14, 2022, will be adjourned to a later date to be announced, to give Merida stockholders sufficient time to evaluate the terms of the note financing and certain additional information. As a result, the date for holders of Merida public shares to request redemption will be extended to two business days prior to the date that meeting is held to vote on the proposed business combination.

This agreement provides additional funding certainty as Leafly enters the next phase of our journey as a public company. Having accelerated our growth trajectory in 2021, we look forward to using this significant new capital to expand our leading cannabis marketplace and further enhance our technology platform, delivering more personalized consumer shopping experiences and driving more value to our retail partners.

“Leafly is a rapidly growing platform with tremendous brand loyalty and market leadership,” said David Sherman, President and Founder of Cohanzick. “This investment demonstrates our confidence in the Leafly team and in the strategy they are implementing to create significant long-term value for stakeholders across the cannabis ecosystem.”

Details of the Transaction and Notes

The $30 million financing will be in the form of unsecured convertible senior notes due 2025. The notes will bear interest at a rate of 8.00% per annum, paid in cash semi-annually in arrears on July 31 and January 31 of each year. The notes will be convertible at the option of the holders at any time before maturity at an initial conversion share price of $12.50 (80 shares of the company common stock per $1,000 principal amount of notes or accrued and unpaid interest, if any, thereon). In addition, the company has the option after one year to redeem all or a portion of the notes for cash equal to the principal or force the conversion of the notes after two years based on pre-agreed share price thresholds.

Pursuant to the note purchase agreement, Merida has agreed to pay Cohanzick (and/or its designees) a 1.25% commitment fee, which fee will be paid through the transfer of shares of Merida common stock held by Merida’s sponsor, and transfer an aggregate of 300,000 private warrants held by the sponsor to the investors.

In connection with the foregoing, Merida and Leafly entered into a second amendment to the Merger Agreement (as defined below) so that the proceeds to be received from the note purchase agreement would be counted towards Merida meeting the minimum cash condition required by the Merger Agreement.

Additional information about the note purchase agreement, the terms of the notes and the second amendment to the Merger Agreement will be provided in a Current Report on Form 8-K to be filed by Merida with the Securities and Exchange Commission (“SEC”) and to be available at www.sec.gov.

About Merida Merger Corp. I

Merida Merger Corp. I is a blank check company formed for the purpose of entering into a merger, share exchange, asset acquisition, stock purchase, recapitalization, reorganization or other similar business combination with one or more businesses or entities.