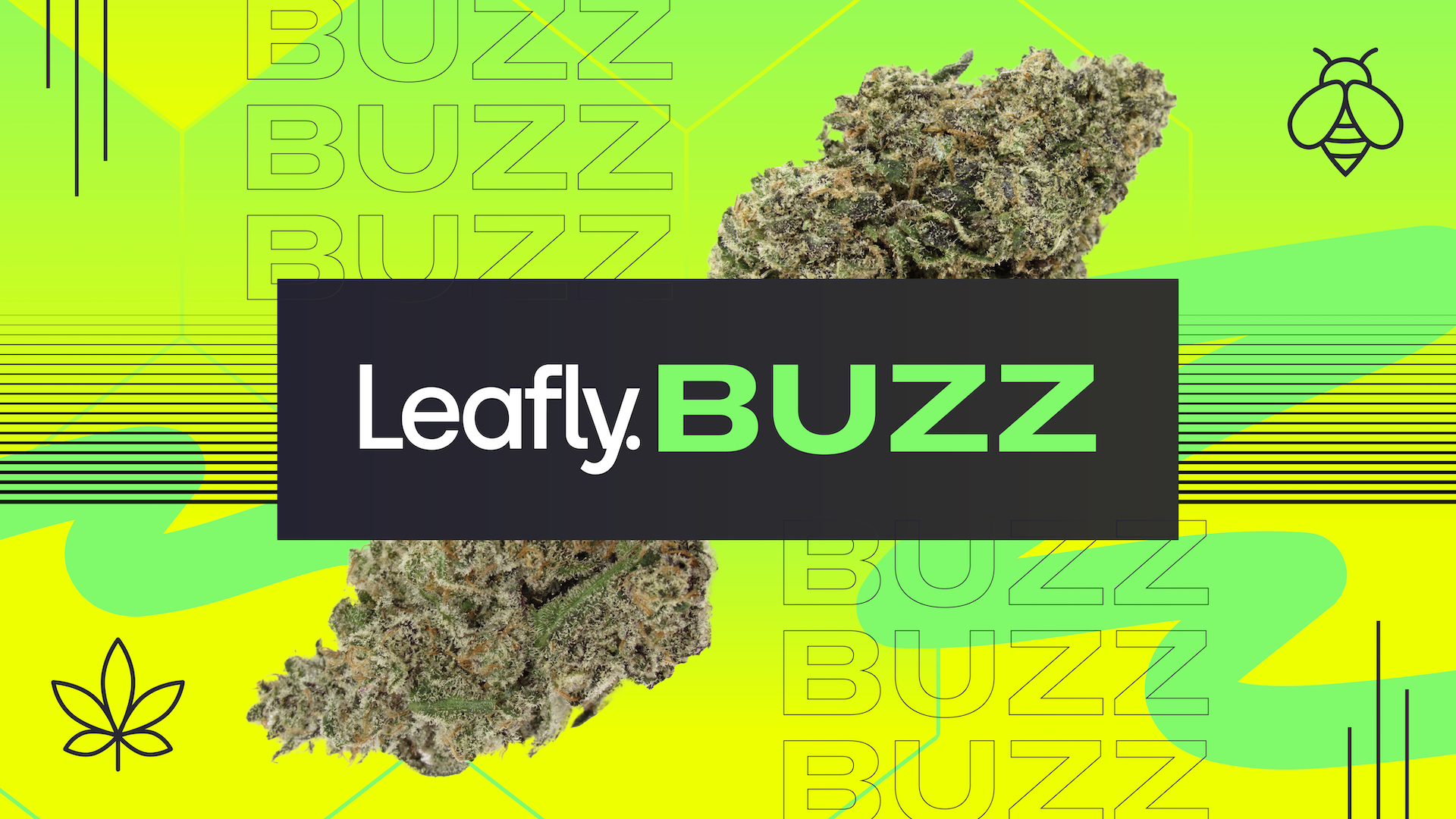 Leafly Nation, the West Coast is baking. And not just from the heat waves.

Blast the Spotify playlist. Break out the rolling tray. We present a baker’s dozen of fire flavors smoking up the US’ west this August. This is Leafly Buzz.

Our journey through all things GMO crosses continues with Han Solo Burger, a GMO x Larry OG F8 from Skunk House Genetics. This Han shoots first with a biting smell—like a blaster bolt hitting a fuse box. The ‘Burger’ line that includes Donny Burger tastes dank, savory, and gassy, leaving you sleepy, happy, and hungry. We spotted Han Solo at the influential TLC Collective in LA, grown by Jungle Boys. GMO crosses keep gaining fans alongside the core strain; up 2.3% in search interest this month.

Surfr Seeds’ Citrus Tsunami (Orange Zkittlez x Trop Cookies) floods Colorado this summer with the re-name ‘Blood Orange.’ The strain had a monster climb on menus, only now leveling off at a new plateau, down 3.6% in search interest. Surfr Seeds proudly explores vintage orange and tangie terps. Good on them. Hella folks love orange candy, cookies smells, and electric, orangey, full-bodied dankness on the tongue. Other strains promise to get you higher faster, but none go better with the beach.

New in the Leafy Database

Fig Farm’s new Doppelganger is like a super-fine fashion show in a sketchy city alleyway—a totally unique blend of bling and bite. To make Doppelganger, Fig Farms started with their Purple Fig, this intense cross of old-school goodies: Romulan x Snow Leopard (which is Chemdawg x Uzbekistan Hash Plant x Afgoo x Blockhead) x #11 (Green Crack x Haze). No cookies genetics, thanks. From there they made different Purple Fig F2s (crosses of female Purple Figs and pollen from males). Among the offspring—a stanky “Tenderloin cut,” which they lost. D’oh.

Grower Hi Tech’s new, experimental Z-Technology strain has some strange teleportation properties. One day you have an eighth of the electric, shimmering white-green nugs. And then the next day they’re gone. “Did they phase back to their home dimension?” “Did we smoke it that fast?” L.A. indoor small-batch grower Hi Tech doesn’t disclose the cross, but we’re assuming it’s a potent Z hybrid like a Rainbow Belts, Moonbow, or Z41. Z-Tech put us in orbit— dizzy, sweaty, and stuck at the Lagrange point between Earth and the moon. Z-Tech is found at dozens of stores thanks to the boutique, exotic-only distributor Teds Budz. Equity-enabled, Black-owned and family-run, Teds Budz brings the heat of the street bubbling up from once-underground medical marijuana teams entering the legal spotlight.

Insane’s new strain Cherry Bomb hits California stores this August with big Z x Cherry Pie terps, and a taste to match. This indica hybrid is not exactly a work starter, so get your stuff done before you fire it up. B-Real brand Insane cultivates under a legacy L.A. license for indoor, and sells through its own Dr. Greenthumb stores and others. Our Cherry Bomb went off with cherry pie purple hues and flecks of Z green.

Rocketing up the charts

Sorry, my cherry-hating brethren—just one more. We’re seeing a bumper crop of Relentless Genetics’ cross of Tropicana Cookies and Cherry Pie dubbed Tropicana Cherry, or just Trop Cherry, or Cherry Trop. Tradecraft Farms’ elite indoor grow in downtown L.A. had double-stacks of Trop Cherry popping under LED lights. Jungle Boys grows and sells its own Trop Cherry less than a mile away. A Trop Cherry just took first place in the Michigan Cannabis Cup. I’m not surprised it’s killing it. It rocks stunning hues of purple and green, in big medium-density nugs. It smells tangie, cherry, and dank, with a functional daytime high for heads, or a happy hour high for lightweights. Relentless Genetics works out of Colorado and also does Rozay, and Frozay.

I love me some lime taffy Z terps and this Cali-X Zlime delivers by the mouthful. Cali-X has sold Zlime for a few years now, but it stays in the rotation because it’s so juicy; Zlime crosses OZK and an undisclosed lime strain. We got the best old-school Z nug we’ve ever seen. The lime candy smell hit dead-on, and carried through to the taste, with a euphoric hybrid high that’s good as a daytime brain break, or weekend marathon. It’s always Zlime time.

Ballin on the budget

Sativa lovers, we got you. Carpinteria, CA greenhouse growers have more tons of the sativa Fruit Bubble Gum than maybe anyone ever. A cross of Lemoncello #10 and London Pound Cake #97—it references the old-school Juicy Fruit strain flavor, with useful daytime effects without that heavy comedown of indica strains. You can get blissfully sweaty gardening with Fruit Bubble Gum, just make sure to drink loads of water. PacStone is on track to grow 60 tons—we said tons—of flower in California. Their eighths sell for the same price as some six-packs of beer.

Equity brand LA Family Farms scored a big win Saturday with their Rainbow Belts live hash rosin. The hash bested ten peers in the Transbay Challenge IV in downtown LA. Beyond the hashish, check out LAFF’s glass-tipped, wide-bodied pre-rolls, and hash holes. That’s when they wrap up a ‘worm’ of hash rosin inside several grams of triple-A-grade flower. Southern California smokes another level than the rest of the world.

Oft-copied, never co-opted—Leafly Buzz is the popular, monthly strain review roundup from Leafly News. We report independently on the connoisseur cannabis conversation, focusing on strain and branded flower of the US west. Reporting includes: