Marijuana in Mexico: What it's like to be a cannabis consumer right now - Read of Green 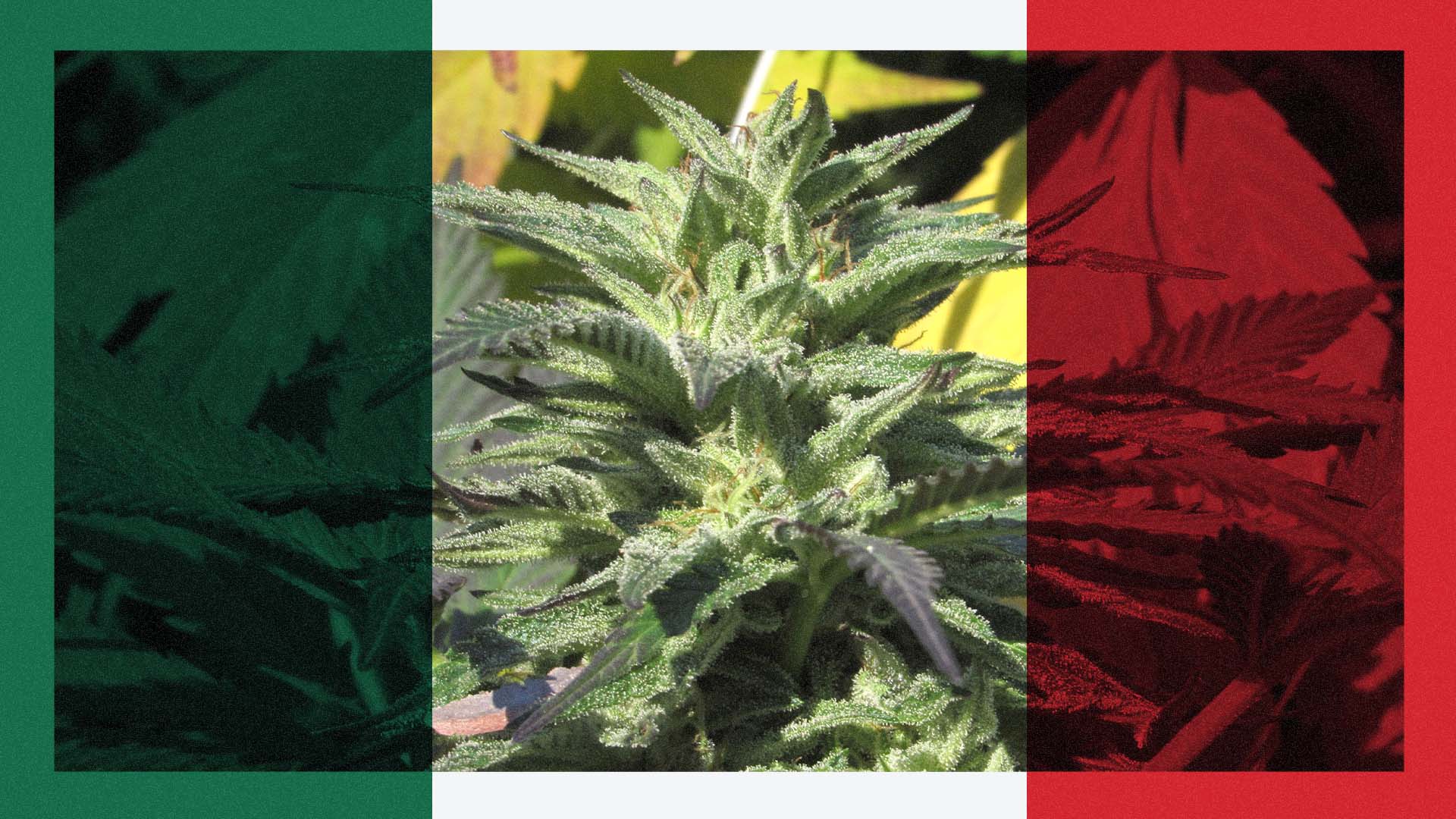 MEXICO CITY – “I’ve got the best job in the world,” says Alejandra* as she rolls joint after joint at a cannabis dispensary in Mexico City. Plumes of smoke fill the air. A steady stream of customers come and go. Some purchase her pre-rolls, but most buy large amounts of about a dozen different strains of flower.

This is how weed is sold now in Mexico, as the country’s marijuana laws float in a strange legal limbo. Cannabis is not yet fully legal, but it’s not strictly illegal either.

Inside a Mexico City dispensary, you might (mistakenly) believe cannabis is already legal.

Alejandra’s dispensary keeps a low profile. There is no advertising outside the store. Some of the inventory is kept jarred inside suitcases in case of a raid. But from the scene indoors, you might believe cannabis is legal in Mexico, as many people—even locals—often mistakenly do.

Mexican lawmakers continue to contemplate legalizing and opening one of the world’s largest cannabis industries, but an impressive gray market is already developing—and quickly.

“People are demanding cannabis products, so we want to make sure we do things right, with or without the approval of the government,” Lorena Beltrán, from the Latin American Cannabis Alliance, recently told Leafly.

Marijuana in Mexico: A special series

The Latin American Cannabis Alliance last month hosted an international cannabis investment summit in Cancun, one of a handful of conferences that have already taken place in Mexico. “We have over 14 cannabis nonprofits and almost 60 private companies under one umbrella. The industry is expanding and it’s not going anywhere,” said Beltrán.

While demand is being served domestically to a certain extent, many cannabis products are being smuggled in from the US for both medical and recreational purposes. “The Mexican FDA is not doing anything about it,” Beltrán says. “The government needs to try and catch up with the growing unregulated industry.”

A growing movement of consumers are smoking weed in public, while others increasingly grow it at home

Emboldened by the judgments of Mexico’s Supreme Court—which has struck down the prohibition of cannabis a number of times since 2015—many marijuana businesses are already expanding. They’re getting ready for a fully-legal market that could open as early as the autumn of 2022.

To be clear, cannabis sales are not yet officially legal. But that hasn’t stopped the rapid growth of gray market transactions across the country.

Business owners often have lawyers on call, ready to fight if they get hassled for selling cannabis.

Today you’ll find cannabis available in a number of underground dispensaries, cafes, and restaurants; and even day spas and massage studios. Those business owners often have attorneys on call, ready to fight if they face the wrath of law enforcement.

The movement has been growing for some time. Mexico’s first Cannabis Cup was held in Guadalajara three years ago, followed by the Northern Cannabis Cup near Monterrey in 2019. In the past few years, cannabis festivals named Cannafest and Expoweed have taken place in Mexico’s two largest cities.

“The market is being democratized,” says Jorge Hernández Tinajero, the president of the Mexican Association of Cannabis Studies, a grow shop owner and a longtime legalization advocate. “More and more people are starting to grow and they are realizing that having ten plants yields a lot of weed—so they start to sell a little bit. There is less risk of big fishes eating the others with more growers in the market, and so criminal structures are becoming less influential.”

Accurate estimates on the number of people consuming and growing cannabis in Mexico are difficult to obtain (one puts the number of consumers at 500,000) but a legal industry could be worth more than US$2 billion a year. Businesses are already calling for the government to allow legal access to banking services, which has been a particularly difficult issue for cannabis companies in the United States.

Government officials estimate that roughly 114,000 hectares (282,000 acres) of land are under illegal cannabis cultivation in Mexico. Those crops are grown mostly in the northern states of Sinaloa, Chihuahua, and Sonora, with additional harvest coming from Oaxaca in the south.

UN and US Drug Enforcement Administration data suggests Mexico may be the world’s second-largest cannabis producer—cultivating up to 27,000 tons a year. One report found that 80% of the country’s land would be suitable for growing cannabis.

For now, the risk of criminal penalties remain in place for possessing more than 5 grams of cannabis. Selling any amount of cannabis remains against the law. Police are still arresting people for those offenses, despite the Supreme Court rulings.

Those rulings, which began in 2015, declared the prohibition of personal cannabis consumption to be unconstitutional. The court stipulated that the state must grant permits to adults seeking to grow and smoke. Lawmakers have since failed to pass a legalization bill that would codify the Court’s ruling. There remains a gulf between the desires of the court and local reality after all the early possess-and-consume applications were denied.

Cops targeting the young and poor

Police are still arresting people for cannabis, and anecdotal evidence suggests those who are young and poor are far more likely to be targeted.

“In reality, no matter what quantity you have you are in danger of being detained by the police.”

“In some more socio-economically privileged zones of the country, the police do not have a huge presence and do not seek to arrest people of certain standing and ethnicity,” says Frida Ibarra, a lawyer for NGO Mexico United Against Crime. “If you have more than five grams of cannabis you can be punished for it according to the law. But in reality, no matter what quantity you have you are in danger of being detained by the police.”

In 2018, the last year for which there is public data, 11,000 people in Mexico were charged with possession of less than 100 grams of cannabis. That number included 2,300 adolescents, with many thousands more undoubtedly apprehended by police and forced to pay bribes, even for possession of very small amounts.

“There are hundreds, or even thousands, of innocent people in jail who shouldn’t be there that I hope we can liberate with this new regulation,” says Sen. Alvarez Icaza, an independent Senator who has campaigned strongly on the issue. “We are in the 21st century and need to seize the day to swiftly create a rights-based approach to cannabis use which is not dominated by the market nor defined by inequality.”

Icaza claimed that it is “very common” for police to plant extra cannabis on people so they exceed the limit. “Officers use cannabis against young and poor people to get illegal money,” Icaza said.

Matias*, a 22-year-old student, was apprehended by police in Queretaro this month and forced to pay a bribe even though he had far less than 5 grams in his possession. “We hadn’t even started smoking,” he recalled. “We were just sitting enjoying the view.”

“The police came with their flashlights just to get money out of people,” Matias said. “They went through our pockets and found a little bag of weed with enough for one joint. They said, ‘We’re going to take you to the station’ and even got out their handcuffs.”

“For about 20 minutes they were aggressively threatening us. But as we protested, one officer finally said, ‘Well, you tell me what to do? Because I don’t want to take you to the station.’ They took out my wallet and I said, ‘This is all I have, take it.’ They let us go and let us keep the weed for my MX$350.”

Elsewhere, in an affluent barrio of Mexico City last year, 30-year-old Rodrigo* was apprehended outside a cannabis club last year. Police searched him and found 70 grams of cannabis that he was taking home to make into a medical oil.

“An aggressive police officer approached my window,” he said. “He asked me to get out of the car. I refused and asked if he had a reason. He contemptuously said that I had the physical appearance of a criminal and made me get out of the car.”

Rodrigo told the police he used medical cannabis as an antiretroviral to treat his HIV. As an activist he is part of a group whose members, he told Leafly, “dedicate ourselves to defending the human rights of cannabis users.” Police sought to press charges against him. “They took me to a prosecutor’s office and I waited there for hours in an office with a number of others in the same position,” he recalled.

The incident ended when, Rodrido said, the prosecutor told the police they do not prosecute drug offenses. “They ordered them to drop the charges, because I am a cannabis user, not a hijacker,” he says. “But unfortunately the policemen who violated my human rights went unpunished and took my marijuana.”

*Names have been changed to protect the persons involved from potential criminal prosecution.