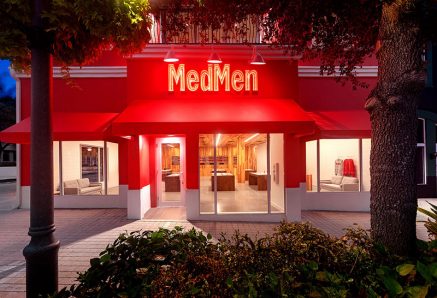 “The past quarter we were able to deliver solid increases in year-over-year revenue despite sequential softening in the overall macro environment,” said Tom Lynch, Chairman and Chief Executive Officer of MedMen. “On the top-line, we outperformed Headset industry data in the majority of our markets, and we generated positive retail adjusted EBITDA for the fifth consecutive quarter. Additionally, shoring up our balance sheet during the quarter – and attracting strong partners in Tilray and Serruya – allows us to focus on executing our growth plan in the coming quarters, including plans to continue increasing our store footprint during fiscal 2022.”

MedMen’s mission is to be the best-in-class cannabis retailer, and we are positioning ourselves to achieve this goal through focus, experience, improved financials and continuing to deliver the industry’s premier in-store experience. 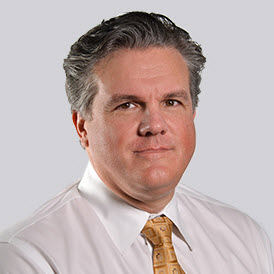 Over the next several quarters, we plan to both accelerate our growth and improve EBITDA profitability as we leverage our national brand recognition into opening new stores in Florida, California, Massachusetts, Arizona and Illinois.

(1) Except as noted for Arizona, revenues reported by state consist of all revenue generated from retail operations in that state. Arizona Wholesale Revenue consists of sales from the Mesa cultivation facility.

Retail Revenue (Non-GAAP): Consolidated revenue less non-retail revenue, such as wholesale revenue. These non-GAAP measures provide a standalone basis of the Company’s performance as a cannabis retailer in the U.S. considering the Company’s long-term viability is correlated with cash flows provided by or used in retail operations.

Corporate SG&A (Non-GAAP): Selling, general and administrative expenses related to the Company’s corporate functions. This non-GAAP measure represents scalable expenditures that are not directly correlated with the Company’s retail operations.

A live audio webcast of the call will be available on the Events and Presentations section of MedMen’s website at: https://investors.medmen.com/events-and-presentations/default.aspx and will be archived for replay.

The call may also be accessed by calling in as follows:

MedMen is a premier cannabis retailer with flagship locations in California, Nevada, Arizona, Illinois and Florida. MedMen offers a robust selection of high-quality products, including MedMen-owned brands LuxLyte, and MedMen Red through its premium retail stores, proprietary delivery service, as well as curbside and in-store pick up. MedMen Buds, the Company’s loyalty program, provides exclusive access to promotions, product drops and content. MedMen believes that a world where cannabis is legal and regulated is safer, healthier, and happier. Learn more about MedMen at www.medmen.com. 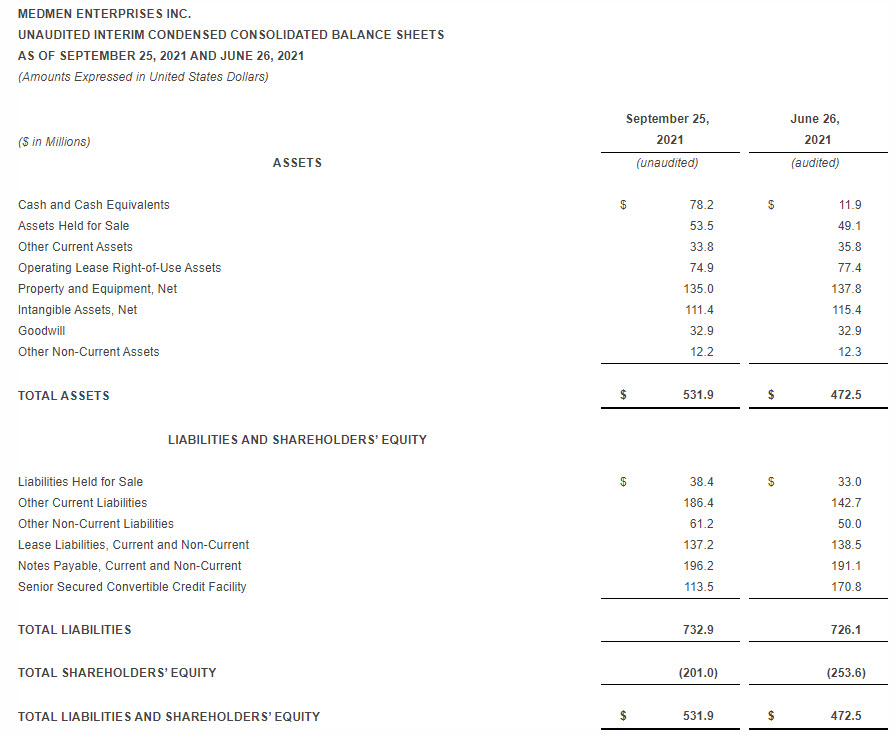 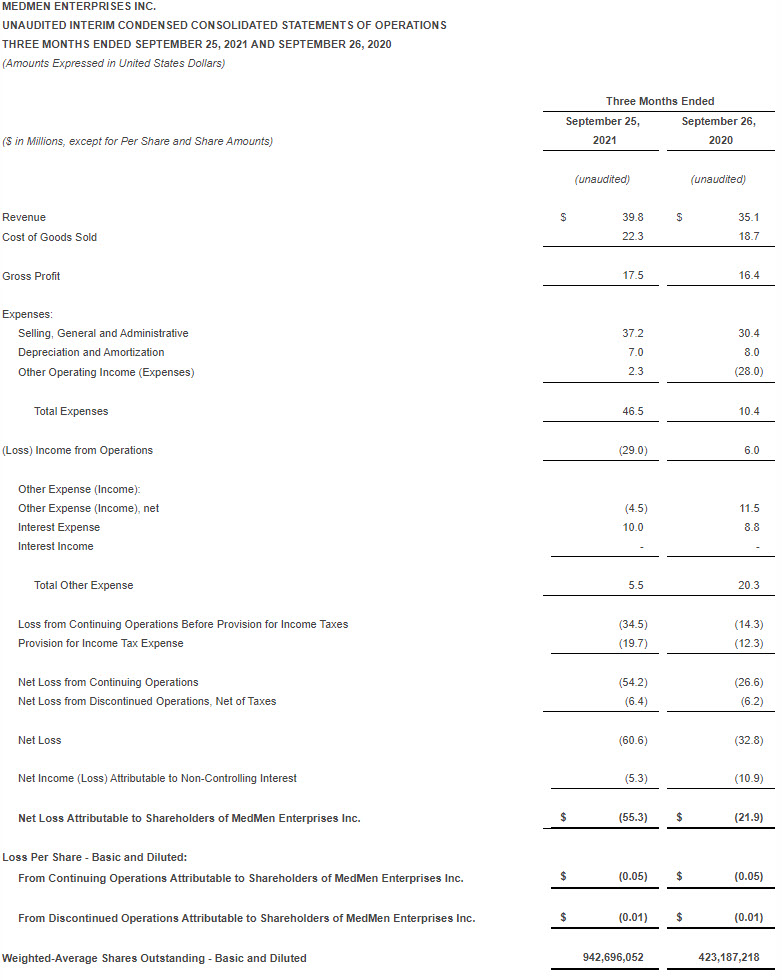 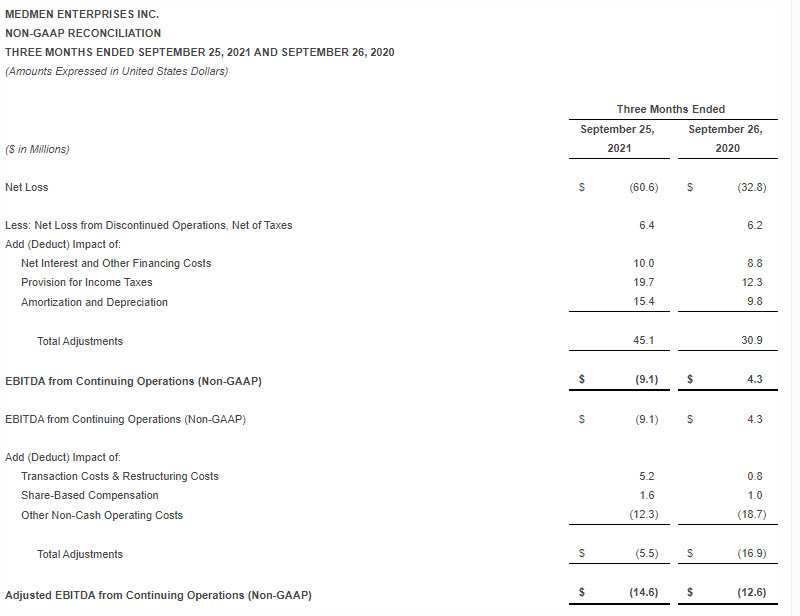 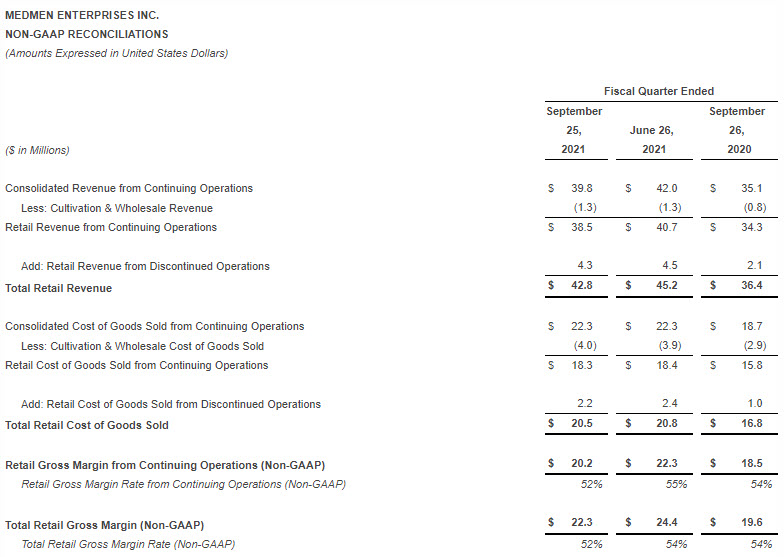 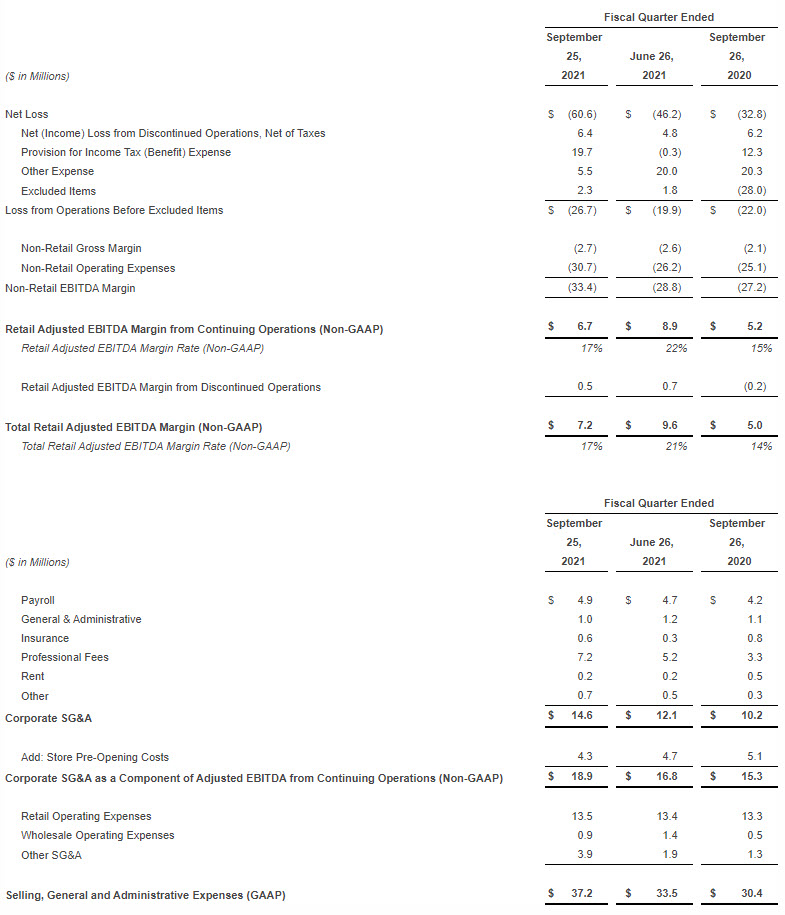