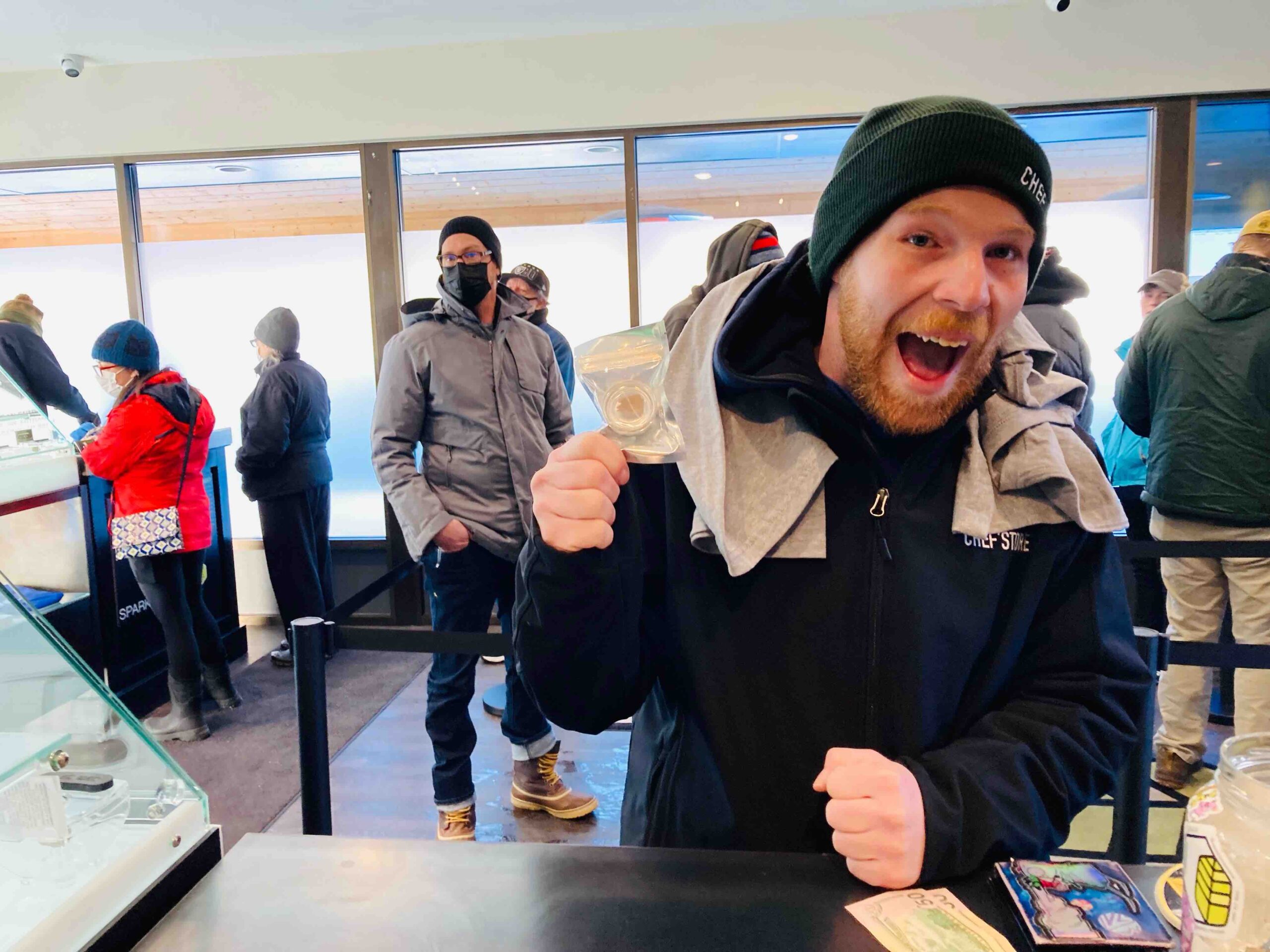 It was three degrees this morning in Missoula, Montana, but that didn’t stop customers from lining up for the first day of legal marijuana sales. When the clock struck 10 a.m., happy Montanans poured into the Spark1 dispensary—now licensed to sell to everyone 21 and older—in downtown Missoula.

David Williams was one of the first customers in the door after waiting outside for nearly half an hour in freezing temperatures. A big fan of concentrates, Williams bought six different grams of shatter, and two varieties of crumble.

“These people in line have so much enthusiasm,” he told Leafly.

As sales began, the staff was nothing short of giddy. “It feels like a lot of hard work coming to fruition,” said Spark1 CEO Marc Lax.

Montana voters agreed to legalize and regulate cannabis for all adults back in the Nov. 2020 election, with the passage of Initiative 190. It became legal to possess up to one ounce a year ago—Jan. 1, 2021—but it took an extra year for Montana’s retail licensing system to get up and running.