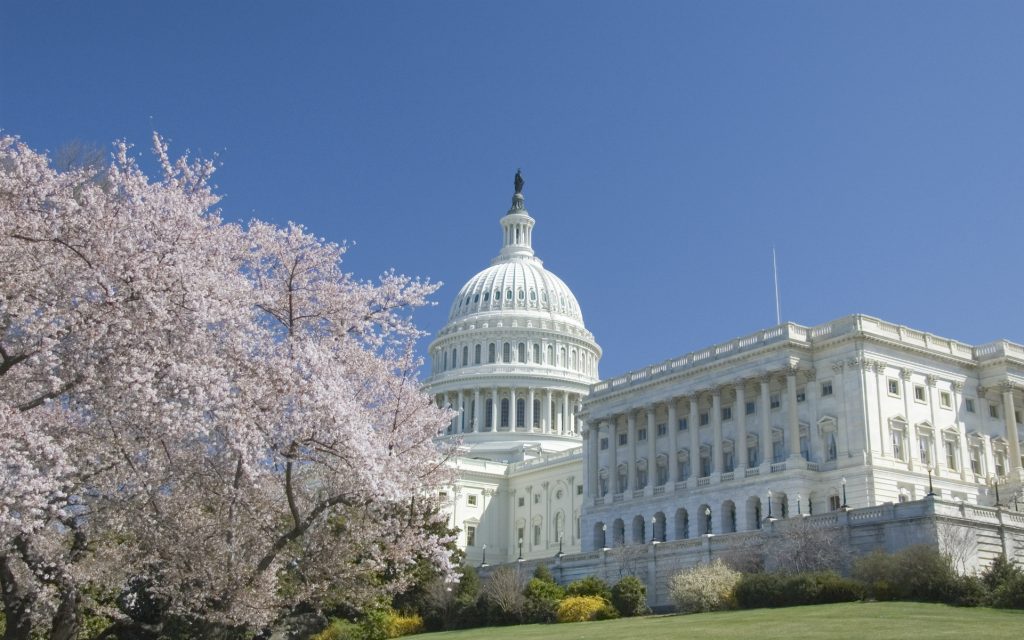 The ACLU, DPA, and Dr. Bronner’s are using election momentum to push for a legal adult-use market in Washington DC, which was approved by voters back in 2014.

In 2014, voters in Washington DC overwhelmingly voted to legalize possession of up to two ounces of cannabis, as well as home-grow of up to six plants, and gifting of up to an ounce. Nearly a decade later, the commercial market is still on hold. And while medical and gray markets have helped fill the gap, some major local, state, and national organizations have had enough. So they wrote a letter to the Biden Administration demanding action.

Advocates led by the Drug Policy Alliance signed a letter to Attorney General Merrick Garland pushing for a non-enforcement approach that would end the current legislation blocking the District from launching a legal and regulated adult-use market.

The coalition also includes the ACLU, NORML, and the soap aficionados at Dr. Bronner’s. The advocates are backed by the wind of pro-420 advances in last week’s election, and progress last month from President Biden, who directed all state governments to release non-violent cannabis prisoners.

The letter calls for an end to the Harris rider, which was signed about a month after DC voters approved legalization through ballot measure Initiative 71 (I-71). Months after the 2014 vote, Maryland Rep. Andy Harris effectively blocked commercial sales in the District with a rider that prevents the DC Council from adopting comprehensive regulations for a legal cannabis industry.

The same Andy Harris made up racist facts to justify his active blockade of DC legalization in 2016. His stance is clear.

Back in the early days of the Trump Administration, then-Attorney General Jeff Sessions further complicated things in 2018 by rescinding the Cole Memo, which protected state-licensed businesses from federal cannabis laws. Without the Cole Memo’s protections, and with the Harris rider’s restrictions in place, DC regulators have their hands tied in regards to rolling out the regulations that would allow a licensed market to move forward.

The newest workaround is a medical marijuana self-certification program that was launched in June, which allows virtually any adult to prescribe themselves access to DC’s licensed and regulated medical market. The District’’s patient count has grown by 55% since self-certification was signed into law by Mayor Muriel Bowser. But it’s still a workaround. The Harris rider could be permanently removed from the 2023 Fiscal Year budget through Congressional legislation—which is less likely if Republicans take control of the House—or action from Merrick Garland if the coalition gets what the letter asks for.

In total, 75 organizations signed the request for a non-enforcement approach, calling for an end to the Harris rider and the related Anti-Deficiency Act, which keeps DC as the “only jurisdiction in the country that cannot regulate marijuana sales or fruitfully tap into the public health and safety benefits of proper regulation,” according to the letter.

In 2020, House Democrats tried to get DC’s market going with a funding bill that never made it to full approval. At the time, Rep. Mike Quigley (D-IL), committee chairman, said, “Americans deserve a government that will invest in the long-term protection of consumers and investors, strengthen our national security, and promote entrepreneurship here at home.. This year’s [Financial Services and General Government] funding bill takes significant steps to accomplish each of those goals.”