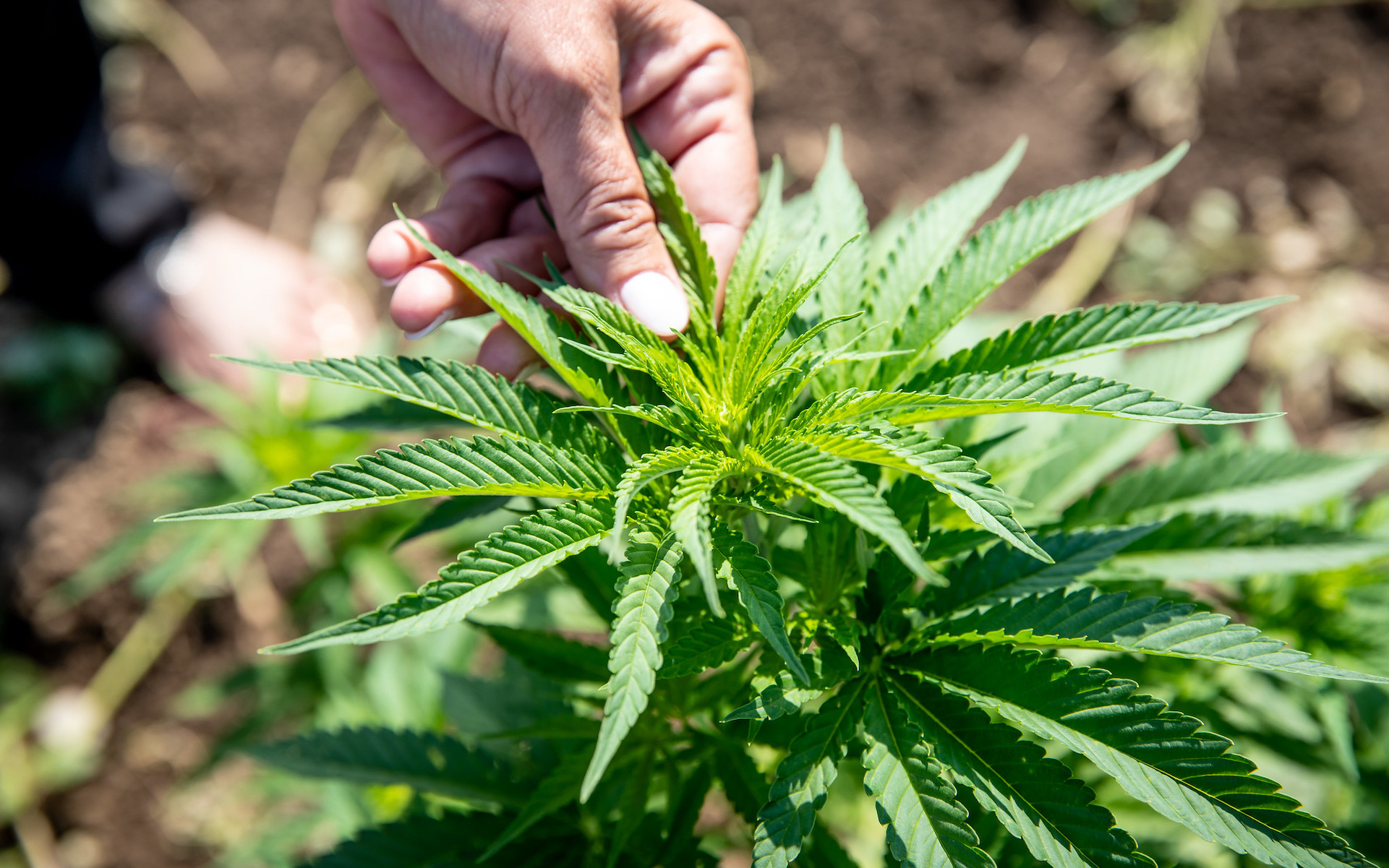 Indigenous-owned dispensaries are booming throughout the state. Here’s how tribes statewide are claiming stake of New York’s next big industry.

More than a year after the state legislature passed a legalization bill, New York’s Office of Cannabis Management (OCM) said it is on track to open roughly 20 dispensaries to kick off the adult-use market before the year’s end. In the meantime, state regulators and law enforcement have mostly looked the other way as a “gray market” filled the void of legal stores.

While legacy operators, residents with cannabis convictions, and out-of-state operations have dominated discussions about the future of New York’s multi-billion dollar cannabis plans, another group is quietly making most of the small window without government interference: Indigenous operators, including the Oneida, Shinecock, and Seneca Nations now have their own legal shops, and are poised for long-term prosperity in the market.

Once the state begins allowing licensed cannabis operators to open next month, a gray market crackdown could be imminent. But Indigenous operators exist in a unique legal situation that comes with a certain amount of sovereignty. State cannabis laws do not apply on reservation lands.

“Dispensaries (marijuana shops) are legal if they are on federally recognized, sovereign tribal land,” the New York Office of Cannabis Management said in a December, 2021 statement.

Tribal weed stores are booming. Here’s where to find them

Jay John and his father Ross John run Good Leaf Dispensary in Salamanca, and hope to open a 420-friendly hotel one day. Salamanca is the only US municipality that leases land from Native people, according to a recent New York Times profile of Good Leaf.

For now, the dispensary wows customers with menu items like Rez Rockets, pre-rolls coated in oil and crystals that will take you to space for $25. Good Leaf’s long-term plans include cannabis tourism offerings, like winery tours and hotels with consumption lounges. They also want to shuttle guests between the hotel and the casino, allow 420-friendly rooms, and host video game tournaments.

Right where the Canadian border meets the northern tip of New York, the Saint Regis Mohawk Tribe oversees dozens of tribe-licensed dispensaries. And plenty of unlicensed operators are also getting in on the action.

The unlicensed operators are controversial within the community. Some tribal leaders have condemned members opening dispensaries without approval. Leaders have argued in tribal court that unlicensed operations deprive the entire tribe, including elders and children, of capital for healthcare and education.

To learn if a dispensary is tribe-licensed, contact the Saint Regis Mohawk Tribe’s Cannabis Control Board’s website, call at (518) 358-2272 ext. 2167, or email at ccb@srmt-nsn.gov.

So far, 16 licensed retailers and five cultivators have been licensed by the Saint Regis Mohawk Tribe. See the full list of retailers and their locations here, or scan below.

Located on tribal territory in Long Island, the massive Shinnecock Nation broke ground on a 5,000-square-foot dispensary that should open in early 2023.

The Little Beach Harvest dispensary will be aided by management services from TILT Holdings, but will be 100%-Shinnecock owned. TILT will add $18 million to help build a seed-to-sale operation including a dispensary, wellness center, and 60,000 square-foot cultivation, processing, extraction and packaging plant. The Long Island operation will be right next to Southampton (The Hamptons), an affluent vacation spot.

In central New York, the Cayuga Nation is allowing members to sell cannabis out of the tribe’s many gas stations. They also have plans for a beautiful new dispensary near Syracuse and Cayuga Lake.

“As a sovereign nation, the Cayuga Nation can grow and sell cannabis within its reservation’s boundaries… Our vision for the future of the Cayuga Nation remains focused on bettering the lives of our members, our community, and our neighbors… As we venture forward in our economic development, we remain committed to working closely with local governments to ensure the health and safety of our community.”

The OCM “has the ability to enter into agreements with tribes through tribal compacts to integrate them into the state program if all parties can agree to terms,” though no such agreements exist yet.

Since November 2021, The Cayuga Nation has been selling marijuana at the Lakeside Trading business in the village of Union Springs, with locations at 3202 E. Bayard St Seneca Falls, NY and 271 Cayuga St Union Springs, NY.

New Yorkers with weed convictions will have priority in retail market, state says

The Oneida already run Turning Stone casino and resort near Utica, and the tribe recently said it will open dispensaries after completing a 50,000-square-foot cultivation and production plant. The tribe plans to launch officially by 2023, but it has chosen not to openly sell on the gray market until their operation is up and running at full scale.

Sales will be regulated by the Oneida Indian Nation Cannabis Commission, an independent body that oversees safety and compliance. It all started with a 2013 Settlement Agreement between New York and the Oneida Indian Nation and neighboring Oneida and Madison counties. Taxes will go to the tribe, instead of the state to fund public safety, health care, affordable housing, education, and cultural preservation. The Oneida Nation’s Cannabis Commission also enforces age restrictions, purchase limits, license requirements, safety assurances.

New York counties, like Cattaraugus County, which has reportedly opted out of allowing dispensaries in their borders, are also sending customers straight to Native-owned operations that are reclaiming a piece of the American Dream that was built on their loss and suffering.

“We’re trying to differentiate ourselves from everybody else. New York State for one, they don’t share any information with you about their test results,” said Mike, an operator of 420 Rez Bud, a new tribal dispensary in West New York. “We’re already doing more than them by providing strain genetics and information about how it was grown, and if they want to know who it is grown by we know who they are and we have files for everything,” Mike told Cannabuff this year.