Nearly 70% of Oregon bans psilocybin, but clinics will still open next year - Read of Green 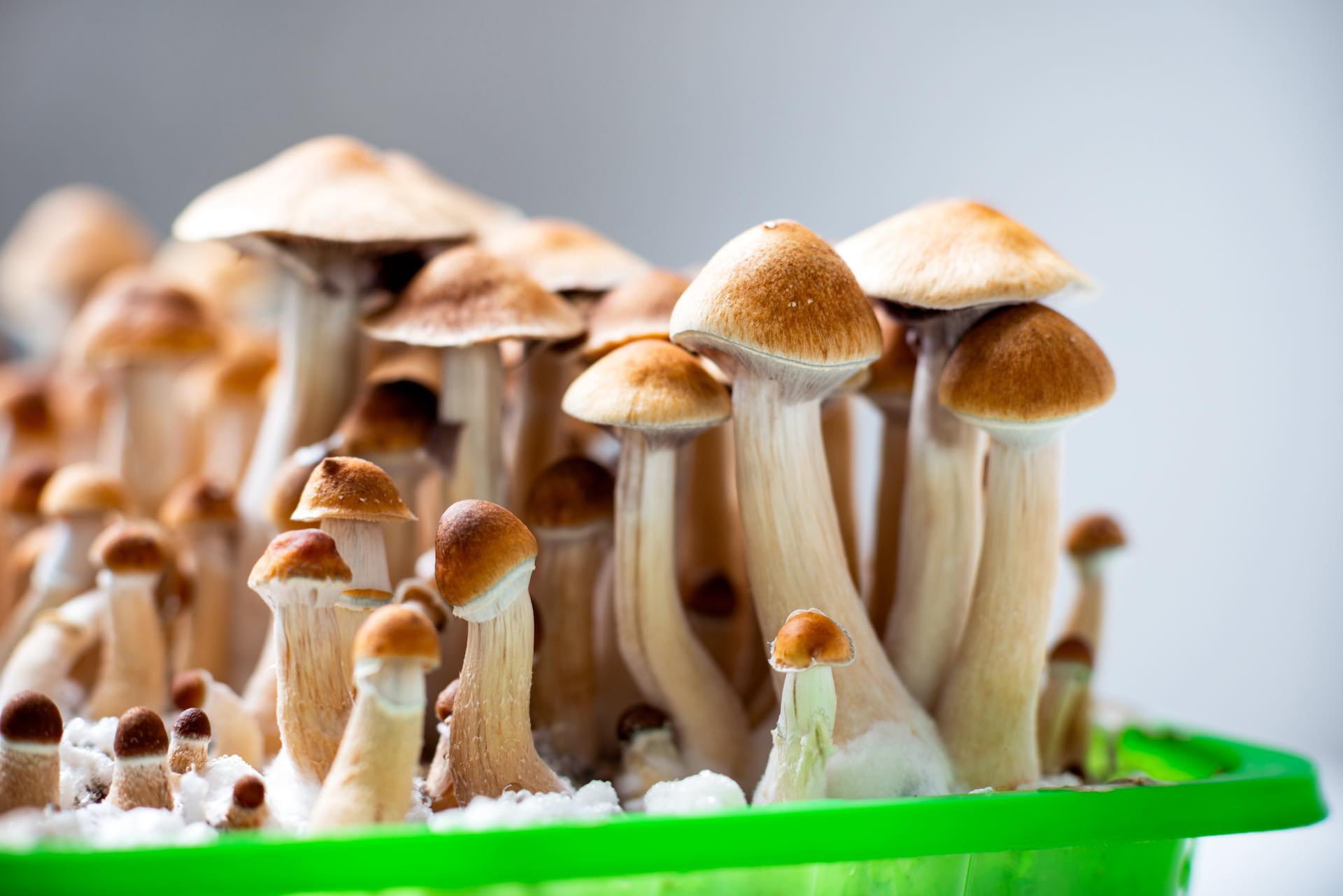 In last Tuesday’s election, 25 of Oregon’s 36 counties, along with numerous individual cities, voted to ban psilocybin use, the active ingredient in magic mushrooms. These bans come two years after the landmark 2020 vote to allow psilocybin use in the state.

The practice of “opting out” is nothing new,this happens with cannabis all the time when adult-use cannabis laws are passed at the state level, but local municipalities then ban the plant in their individual jurisdictions. For example, 62% of counties in California do not allow the sale or possession of cannabis despite it being legal at the state level. Similar bans are now in place for psilocybin in Oregon after local elections last week.

But the news isn’t so bleak. Although access to psilocybin is more restricted and will become difficult for Oregonians living in rural areas, psilocybin clinics are still going ahead as planned and are set to open in several counties in 2023.

What are psychedelic mushrooms and psilocybin?

After last week’s election, psilocybin’s legality in Oregon is a messy patchwork. Here’s a map from Psychedelic Alpha’s Psilocybin Tracker showing where psilocybin is legal. (Note: At the time of publication, at least half to two-thirds of votes have been counted in most Oregon counties, but we think this is sufficient enough to get a picture of the final landscape of psilocybin legality.)

Psilocybin will only be available in these 11 Oregon counties in 2023:

But the picture is more complicated than that. Aside from county-level bans, there are also city-level bans, and sometimes in counties that allow it. For example, psilocybin is legal in the unincorporated area of Deschutes county, however, the cities of La Pine and Redmond within Deschutes county have outlawed it. (It remains legal in the city of Bend.) Other cities have outlawed psilocybin within greater counties that allow it, so it’s important to check if it is legal in your specific city.

Even more confusing,  though somewhat hopeful, is that some municipalities voted for temporary bans, typically spanning two years, to allow residents time to think over the matter and then vote on whether to extend the ban in the 2024 election.

The above map isn’t terribly surprising—psilocybin is largely legal in counties with big liberal cities, including: Portland (Multnomah) and surrounding counties, as well as Bend (Deschutes), Eugene (Lane), and Ashland (Jackson).

The locations of the opt-out bans aren’t terribly surprising either, given how counties voted on psilocybin two years ago for Measure 109. All counties that voted against psilocybin legalization in 2020 have now banned it in their jurisdictions with last week’s vote. (Only 15 counties approved Measure 109 in 2020, which was enough votes to get a 55% majority and pass the measure at the state level.)

Surprisingly, a few counties passed Measure 109 two years ago, but have now banned it: Clackamas, Clatsop, Tillamook, and Curry. Only Jackson and Deschutes counties had opt-out votes and struck them down last week.

Local bans not a surprise

The opt-out votes aren’t such a surprise to Angela Allbee, Manager for the Oregon Psilocybin Services Section (OPS), the agency setting up and regulating psilocybin laws and clinics for the state.

“We knew this was coming and that these ordinances would be referred to voters at the next statewide election,” said Allbee. “It’s not surprising, knowing that we’re first in the nation. [We understand] that there’s a lot of robust education that needs to happen, about the structure of Measure 109.”

The opt-out votes are mainly concerning for Oregonians who live outside of the state’s major cities.

With 69% of the state’s counties opting out, one concern Oregonians and psychedelics proponents might have is: Could psilocybin be completely outlawed in Oregon with local bans?

“It would take quite a legislative change to basically dissolve this work because it is already established in law and there is a huge interest in it,” said Allbee. “As people learn more about psilocybin and its potential benefits, and as we build trust with communities and really demonstrate that we can do this safely and effectively, I think that the interest will increase more and more.”

One of the biggest roadblocks to allowing psilocybin in the state, and one of the main sources for the opt-out bans, is a lack of information or misunderstanding, according to Allbee. Many voters seem to assume that getting psilocybin will be like going to a cannabis dispensary—which is not the case at all.

In Oregon’s model, magic mushrooms can only be given to an adult client (21 years of age or older) by a licensed facilitator at a licensed service center, and only under the facilitator’s supervision, during an administration session. Clients also have to pass a preparation session beforehand and have the option to take additional integration sessions after, to better process the experience.

Oregonians will not be able to walk into a store and buy magic mushrooms and take them where they please. This framework differs significantly from cannabis in that the consumption of psilocybin is monitored, and there is optional monitoring even after the experience.

Additionally, the Oregon framework provides licenses for mushroom growers and testing labs, to ensure the process is monitored and tracked from spore to consumption. The focus is on the client experience, client safety, and product safety, according to Allbee.

Oregon Psilocybin Service is a department within the greater Oregon Health Authority, so the agency is approaching psilocybin usage from a public health standpoint.

“We’re building on decades of research and the momentum of current research … lots of shared knowledge and information from indigenous communities, [and] we’re sharing from people that have practiced in the underground spaces for many years,” she said. “We also are implementing very grounded public-health considerations and making sure that we’re aligning with the health goals of our state, which is really important if we’re going to make a difference.”

There are many roadblocks ahead, but Allbee and OPS don’t seem daunted.

“I think instead of operating in fear, we have to operate in curiosity,” she said. “For us it really means access, equity, and trying to build towards affordability, and those are all things that are going to take some time. We’re really excited to establish this framework in 2023.”

The public comment period on Oregon’s psilocybin rules is happening now through Nov. 21, and the rules will be finalized Dec. 31. OPS will start handing out licenses for psilocybin growers, testers, facilitators, and service centers on Jan. 2 of next year. Service centers are expected to open later in 2023.

Check out the OPS site for more information on the psilocybin framework and the public hearings.

Colorado just voted to legalize and decriminalize psychedelics. Here’s what happens next

Colorado voters just narrowly passed Prop 122 last week, which will decriminalize psilocybin and many other plant-derived psychedelics, and set up psilocybin treatment centers within a few years. Colorado is the second state behind Oregon to allow for psilocybin usage in a regulated environment.

Colorado’s measure is wider-reaching than Oregon’s as it decriminalizes other plant-derived substances such as ibogaine, DMT, and mescaline (as long as it’s not derived from peyote). Coloradoans also will not be able to ban psilocybin treatment centers in their localities as Oregonians have, but will be able to limit treatment centers to specific areas.