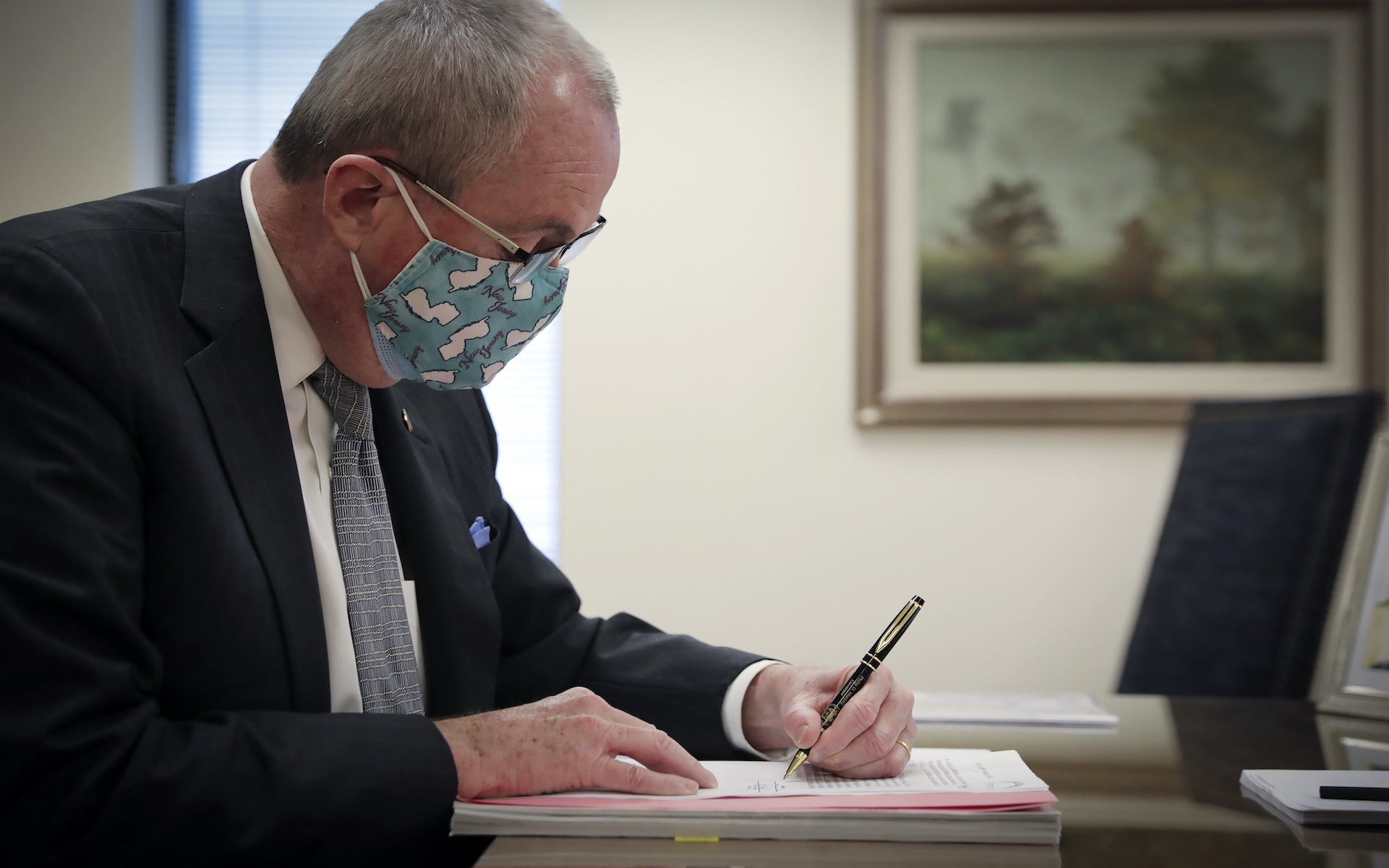 The Nov. 2 vote in New Jersey could have a profound effect on the expected opening of the state’s legal adult-use cannabis industry next year.

One candidate for governor—incumbent Phil Murphy, a Democrat—has overseen the passage of legalization and the forward, if imperfect, progress toward the opening of the state’s retail market. The other candidate—Republican Jack Ciattarelli—is openly hostile to cannabis and wants to repeal legalization because he wants cops to arrest more weed smokers.

Good problems to have

For most New Jersey residents, there are still problems with legal cannabis in the Garden State: It took too long to happen, too many towns have banned retail sales, home grow isn’t allowed, there’s not enough support for equity businesses, and it’s still going to be months before the first adult-use stores open to the public.

Way back in 2017, Phil Murphy ran for governor promising to pass cannabis legalization “in his first 100 days.” He got elected, then spent the next three years trying to push a bill through the state legislature, without success. New Jersey Republicans largely opposed legalization, while Murphy’s fellow Democrats engaged in endless negotiations over different aspects of competing plans.

Finally, in Nov. 2020, the question was put before state voters in the form of a ballot referendum. That measure passed by a massive margin (67% yes to 33% no), making legal cannabis officially more popular in New Jersey than any statewide political candidate in recent memory.

Building a regulated cannabis industry from scratch may be taking longer than advocates would like, but many of the social justice benefits of legalization that Gov. Murphy originally ran on have already come online. In Feb. 2021, he signed three separate reform bills, including one decriminalizing up to six ounces of cannabis for adults 21 and older. Another bill decriminalized cannabis for those under 21 caught for the first time, replacing criminal penalties with a written warning.

Over 362,000 cannabis cases have since been expunged in New Jersey.

The continued prohibition on homegrow is a problem for many cannabis enthusiasts and reform advocates. But in a recent appearance on his NJ News 12 call-in segment, “Ask Governor Murphy,” the state’s chief executive said that he’s now “open-minded” about signing a bill allowing home cultivation.

“I support adult-use [cannabis legalization] purely because of social justice,” he added. “It’s actually happening as we speak. And the industry is being built with equity first and foremost as its objective.”

Of course, that could all change if Tuesday’s election swings against Murphy.

Jack Ciattarelli, Republican candidate for governor in Tuesday’s election, also has a legalization plan: Total re-criminalization. As he explained in a televised debate in May:

“I did not support the [legalization] ballot referendum. It’s been approved by the people of New Jersey, which means the only way to remove it would be to put it back on the ballot. As governor, my first term, if this rollout of recreational marijuana as legalized now is a failure, I will advocate for it to go back on the ballot. We can reverse that decision.”

“We have basically handcuffed our local police,” he said. “This isn’t what the people of New Jersey signed up for. We only made the job of local police harder with the bill that Democrats have passed.”

Ciatterelli’s logic presumes that 67% of voters somehow didn’t understand that legalizing cannabis means the police can no longer arrest you for it. He also doesn’t recognize that’s a feature, not a bug.

Jack Ciatterelli’s opposition to cannabis isn’t limited to concerns about curtailing the power of the police, or even to adult-use consumers.

In 2016, while serving as state legislator, he voted against a bill that added Post Traumatic Stress Disorder to the list of qualifying conditions for New Jersey’s medical cannabis program—even with a bunch of pointless hoops for patients to jump through, as explained in the bill.

To qualify for medical marijuana, the patient’s PTSD symptoms would have to be resistant to conventional medical therapy, which generally combines psychotherapy with antidepressants and anti- anxiety medications. To be authorized for use of medical marijuana, the patient would have to meet the other requirements of the New Jersey Compassionate Use Medical Marijuana Act as well, including obtaining certification of the patient’s condition from a physician with whom the patient has a bona fide physician-patient relationship.

So according to Jack Ciatterelli, if a US combat veteran returns home with PTSD, attempts to treat it with psychotherapy and (dangerous, addictive) pharmaceutical drugs, that doesn’t work, and they  then get a positive recommendation from their physician to try cannabis—even then, that veteran, and anyone else suffering with PTSD in New Jersey, should be cut off from the state’s legal supply, and subject to arrest even for simple possession.

A year before the PTSD vote, Ciatterelli tried to kill a bill that removed some of the medical program’s most onerous restrictions, like limits on THC levels for cannabis, and a provision requiring pediatric patients get three different doctor’s recommendations to qualify.

He also voted against allowing any minors to access medical cannabis at all, including those suffering with severe seizure disorder, cancer, and other life-threatening ailments. While Ciatterelli now claims that he supports decriminalization, in 2012 he voted against a bill to reduce penalties for possession of 15 grams or less of cannabis.

As Ciatterelli himself has noted, the only way to undue the legalization laws already on the books is with another public vote. Which means that if he wins the governor race, he’ll immediately begin a public campaign to push for a repeal vote.

The good news is that overturning a 67-37 margin just a few years after the will of the people was so forcefully expressed is a pretty absurd notion. But that’s consistent with the rest of Ciatterelli’s positions on the issue.

What’s more dangerous is that short of overturning New Jersey’s cannabis laws entirely, he could simply delay, obstruct and sabotage them from within, including via the Governor’s oversight of the Cannabis Regulatory Commission.

But only if New Jersey voters give him the job.

Current polls show Gov. Murphy in the lead, but the race is tightening as Tuesday approaches. Only time will tell who comes out on top, and thus dictates the future of New Jersey cannabis. But one thing we do know for sure is that if Jack Ciatterelli loses, you won’t catch him cursing about it in public.